Do you feel the urge?

Some musicians focus all their attention on performing amazing interpretations of other people’s music. Other restless musical spirits are moved to create and compose their own music. This week we pay homage to the composers of the past, present, and – when you put “you” into the equation – the creators of the future.

In the Renaissance, Baroque, and Classical eras before the 1800s, musicians and composers were generally considered as highly-skilled craftspeople. We can thank the Romantic Era of classical music for our present culture of celebrity musicians and composers marketing their own uniquely personal and innovative musical expression. 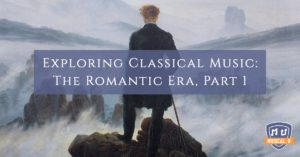 The Romantic Era also gave us the wide distribution of sheet music and concerts among burgeoning middle-class audiences – who loved to the extreme musical tales of love, death, nature, and the supernatural. Read more about the triumphs of these sometimes-tortured musical souls in Exploring Classical Music: The Romantic Era, Part 1.

The Romantic era departed from many of the norms of the music which came before it. In addition to the tried-and-true classical forms that we explored in The Classical Era, romantic composers broke the mold with new compositional forms. My Music Theory shows some of these new romantic forms that would shake the music world!

It is no wonder that many musicians love the Romantic Era. This Living Pianos video demonstrates first-hand the intriguing and deeply moving characteristics of romantic music. And there is a fascinating comparison to the classical era of music. Enjoy!

While the romantic composer Franz Schubert’s song “The Elf King” is the stuff of nightmares for both parents and children, he wrote many other songs and compositions that are lighter in spirit for every generation. Try his Impromptus, for example.

From his early teens, Minneapolis-born artist-now-known-as Juanito Pascual has been fascinated by flamenco. After years of intense study in Spain and the US, Juanito experienced injuries that could have stopped his career. Instead, he embarked on a healing journey, in which he discovered the importance of being himself – even when playing intensely traditional music – and composing his own new flamenco. 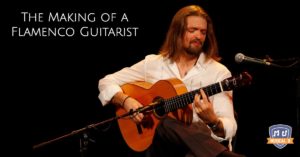 The result? Juanito has become one of the world’s foremost flamenco guitarists, composers, and teachers – creating his own music as well has innovative flamenco covers of the Beatles and the Grateful Dead. Read more about The Making of a Flamenco Guitarist

Ready to add some flamenco moves to your guitar-playing arsenal? According to Guitar Novice, there are seven basic flamenco guitar techniques that you can start learning right now.

Most people think “guitar” when they hear the word flamenco. But singing is the older part of the tradition. Start your flamenco journey today with Flamenco Gypsy’s five tips in this article for the aspiring flamenco vocalist.

Juanito transformed his experience with injury into healing not just of his body, but of his musical identity. Injury happens to many musicians at some point during their lives, even some of the most famous musicians that you would know. Here are some tips from Johnson String to help you prevent injury, notice the symptoms and recover quickly. 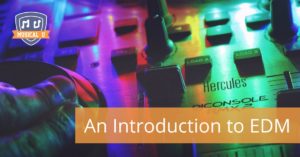 Romantic Era composers sometimes waited decades to hear their music performed by an orchestra. Not so with today’s composers: the Digital Audio Workstation – or DAW – and a pair of headsets have become the instruments of choice for today’s electronic music producers. Learn about various sub-genres, burgeoning EDM opportunities, and how you can get started as a producer in An Introduction to Electronic Dance Music (EDM).

EDMProd goes into more detail on the 5 Stages of becoming an electronic music producer and how you can work through them.

Learning a new form of music can be very exciting… and frustrating! Bass Gorilla has the best music advice that you can get. And not just for budding electronic musicians, but anyone learning music! 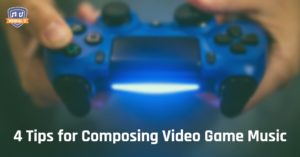 When Dan Hulsman looked into what it takes to become a video game music composer, he found that there was very little in the way of up-to-date information available. As he grew his career, he also wanted to share his experience for others to follow. The result was the Video Game Music Academy, aka the VGM Academy.

Jump start your VGM career with these 4 Tips for Composing Video Game Music, culled from our full interview with Dan.

For more on this fun and lucrative profession, check out these 6 surprising facts about the VGM industry from GameSoundCon.

One of the key tips from the article was that the melody is king. But, how do you go about writing a great melody? Get started on becoming a master of melody with The Art of Composing.

Armed with the love of music and the internet, there is no end to amazing music of the past and present available to us within a click or two. Sometimes that ocean of music can be overwhelming to our creative spirits. How do we say something new with our music that hasn’t already been said before – and better – by somebody else?

Standing in the looming shadow of Beethoven, the Romantic Era composers had the right idea: be yourself. Juanito Pascual’s body wouldn’t even let him play guitar until he made that choice. And, liberated to create by today’s technology, tomorrow’s EDM and VGM producers are learning the same lesson:

The music is inside you: let it out!