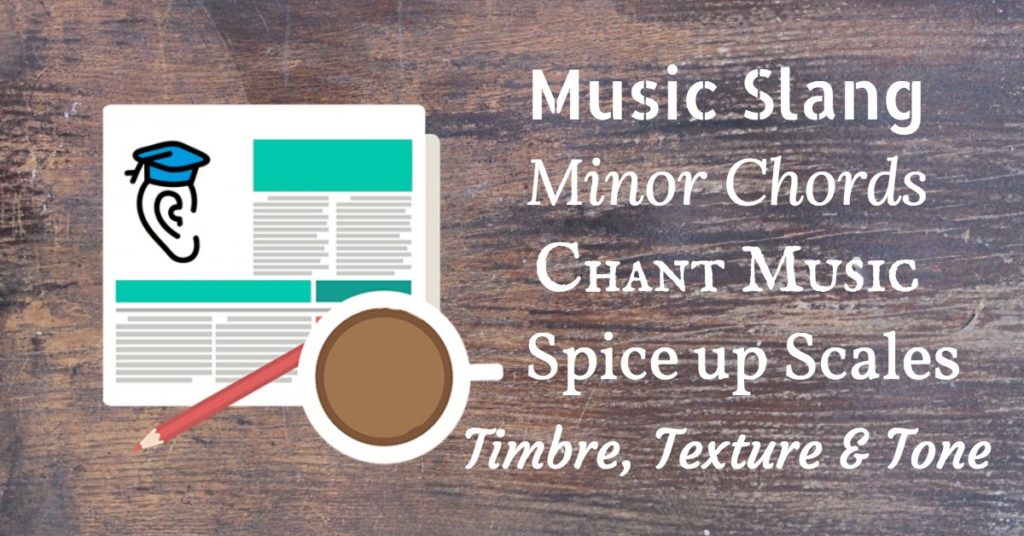 This week we explore the interesting genre of chant music, learn some genre-specific music slang, practice hearing minor chord progressions and review the difference between timbre, texture and tone. We also have a fascinating interview with artist Makina on blending traditional Latin music with modern production. Plus: four fun ways to spice up your scales practice.

Before we get started here is an interesting piece of music news from this week: 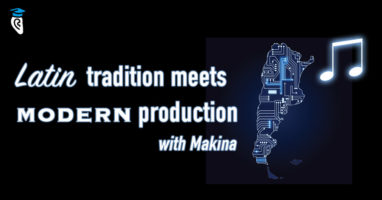 We featured a track by the artist Makina in our recent tutorial on Cumbia music. We so enjoyed his unique fusion of Latin music traditions with modern production techniques that we invited him for an interview! Learn more about his creative process, how he merges genres, and the advice he has for pushing your creativity to its full potential in Latin Tradition meets Modern Production.

As we discussed in our previous article on Cumbia music, its popularity is on the rise. It might even be becoming more popular than Tango in Argentina. 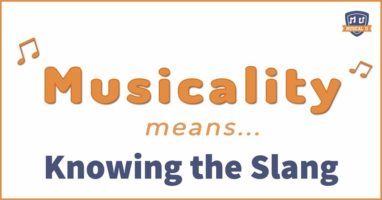 If you have made the decision to dedicate your life to music, you need to learn the language. Each genre or niche in music uses “jargon” or slang and learning and using this terminology is an essential aspect of perfecting your craft. Get some handy genre-specific slang and find out more about musical jargon in Musicality means… Knowing the Slang.

Now that you’ve learned to speak musical jargon, what do those terms actually mean to non-musicians? Dylan Welsh for Sonicbids breaks it down.

Learning Italian musical jargon can seem daunting, but The Fun Music Company makes it, well – fun! They have great advice for getting kids to learn musical terms in Italian.

Was any era cooler than The Jazz Age? They gave us cool slang words like “The Bomb”, “Funky”, and “Noodlin'”. How about we bring back some of those cool terms with help from All About Jazz. Timbre, texture and tone are all used to describe the quality of musical sounds, but do you know what each really means? We recently covered this here on EasyEarTraining.com and this week the Musical U team have their say: Hear the Difference: Timbre, Texture, and Tone. As you move forward with your musical training understanding these terms will form a solid foundation to help you grow as a musician.

Here are a few more helpful resources on the topic:

Open Your Ears to Chant Music Chant music has been around for centuries as a way to deliver vital, human messages related to religion and spirituality. Even though it may seem old-fashioned, artists have continued to be inspired by the genre and include aspects of its simplicity and grace into modern musical genres.

Join us in exploring this varied genre in Open Your Ears to Chant Music.

Gregorian chant actually lives on in a new form today, thanks to artists like Just Blaze and Juelz Santana who mix hip-hop with chant. Classical MPR explains how chant has received a “Second Coming”.

What if music could shed light on the comings and goings of a forgotten culture? A group from the University of Colorado- Boulder have begun studying a forgotten type of chant found in medieval Spain around the same time as Gregorian chant.

Is there anything more contemporary than a football chant? A Wigan Athletic supporters’ chant – “Will Grigg’s on Fire” – has taken football by storm and is now making its mark on the music charts. 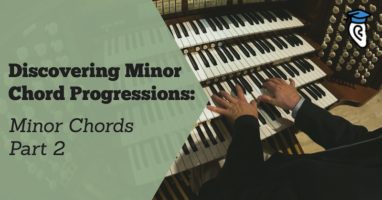 Do you want to start using these progressions in your own music? Take a look at this video lesson from Chords United to help you understand minor chord progressions.

Speaking of chord progressions, if you’ve been following the news recently you might have wondered: Was “Stairway to Heaven” plagiarized? Nonsense! That lamenting, recognizable chord progression has been used for centuries, according to the Irish Times.

Spice Up Your Scales All musicians know that practicing scales is an essential way to develop your instrument skill, and all agree that scales practice is boring! But it doesn’t have to be.

We have distilled out the essential tips from a previous tutorial to give you four fun ways to practice your scales! Reap the benefits without the boredom by spicing up your scales today.

One of those four tips involves using backing tracks to make scales practice more musical. This is something which piano teaching thought-leader Tim Topham recommends too:

Apart from those four ways, how can music teachers help students see that scales are not the enemy? The Strad explains. How about adding fun backing tracks as suggested by Tim Topham?

Finally, for more new ways to make practicing scales more fun have a look at this infographic from Take Lessons: I hope we have opened your ears to chant and modern Latin American music, added some new vocabulary to your musical dictionary and sprinkled some spice on your scales. To keep up to date on all of our new free resources and for the latest music news don’t forget to like the Easy Ear Training and Musical U Facebook pages or follow us on Twitter: Easy Ear Training and Musical U.