Home » How To » Active Listening » Open Your Ears to Cumbia Music

Open Your Ears to Cumbia Music Cumbia is a form original to the people and traditions of coastal Colombia, where indigenous flutes collided with African percussion and rhythms that filtered in via the Caribbean. The migration of people (who naturally took their music with them) meant the music relocated too: contact with new practitioners along the way meant the form would add and subtract traits over time. 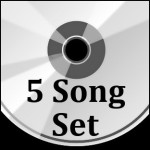 Cumbia was originally instrumental and vocals were added; today, anything goes, so expect accordion, electric guitar, piano, clarinet, or drum set. As we listen to these 5 Cumbia songs, keep your ears open for substitutes and know that different regions revel in different combinations.

Bebiendo is the ideal introduction to traditional cumbia: latch on to the motoric duple meter by absorbing that prominent beat-one accent, then follow the formulaic rhythmic pattern that’s built on the repetition of one eighth plus two sixteenth notes. Let that cycle render its hypnotic effect, but don’t get too attached: this is one trait of cumbia-inspired songs that musicians mess with, so it’s not always this clear.

The percussion contingent features some traditional inclusions, like a shallow drum (membranophone), the ubiquitous scraper, and other idiophones like a maraca to round out timbral variety. Bebiendo is a verse-refrain (strophic) form, so you easily orient to structure. Note the start of verse 2 at 1:24—and how that catchy melody imprints on your brain. The singer takes liberties with pitch, leaning into and away from notes (a purist might argue that the singer is alternately sharp, then flat). Melodic inflections, though, add interest to the pitch collection (scale), so that even with repetition, each verse brings something fresh.

This song seems more reliant on melody, thanks to the prevalent guitar and accordion (which wandered into cumbia by way of another folk genre, vallenato), so the distinctive cumbia rhythm shifts to the background. A descending melodic contour emerges, prominent in the long (nearly a minute) introduction.

Then comes call-and-response between singer and guitar that initiates at 1:00, followed at 2:15 by a drum-heavy instrumental interlude. The song soon relies even more on drums at 3:00 and within about 30 seconds of that timbre change you’ll sense the transition back to opening material.

Thanks to the call-and-response—and that instrumental interlude—Buena’s song feels more improvisatory, maybe reflecting a jazz influence or perhaps mirroring an amateur performance style to relate cumbia’s origins. The opening melody returns (along with the now-familiar refrain), and notice the continuity created by the walking-bass construct, ever-prevalent during the refrain.

No dueles mas is not your “trad” cumbia, instead reflective of these Mexican artists’ take that merges Latin American ideas: a faster tempo (typical of cumbia in southern Mexico), “layers” of instrumental interest (including the European-born accordion), and energetic vocals, all obscuring the formulaic cumbia pattern.

Note how the singer attacks the words—which indicates a rock influence (that crossover happened in the ‘90s). Get a feel for poetic and melodic phrasing, as the voice sort of declaims the lyrics and the melodic lines “phase out” in descending motion. This flavors the song with a heavier mood. No doubt a person is still inspired to get in motion, but be prepared to slow up at 2:15, where there’s a lull (ritardando) as voices and percussion work together to drag things almost to a halt. As the ensemble works back in, the tempo ramps back up, rambunctious as ever.

I like the unison singing and wonder about connections to other traditions where I’ve noted something similar: it’s heard in Brazilian pop pagode, for example, so it’s possible there is some exchange there.

4. Culpa de la Luna by Rupa and the April Fishes

Culpa de la Luna proves the scope of cumbia-influenced songs: understated vocals make it sensuous and subtle (and indicate ties to Afro-Colombian música tropical), but the song still delivers on pulse and tempo. The walking bassline underpins the piece, then a recitation-like passage (admittedly a surprise) interrupts at 1:35. That’s a mark of hybridity, typical of the Latin American pop experience, and here it indicates some borrowing from hip-hop.

This is another verse-refrain song. Verse 2 shows up at 1:00, and a call-and-response between voice and instrumental contingent is clear. That’s an African influence (prominent in blues as well), while the inclusion of brass (a cool add-on to accordion color) probably reveals a parallel to Cuban big band of the ‘40s. (I’d also note that brass bands adapted cumbia sounds even earlier, at the turn of the century.) In all, the various instrumental colors meld into a descending melody to deliver a myriad of emotions, all while begging you to once again move.

Something about this song results in a more deliberate, intimate, and “in your face” effect. A leisurely, sensual tempo puts more of a sway in your moves (different from what faster cumbia seems to require). You get the expected 8+16+16 (count it in 2 or 4) alongside unique instrumental color, including dry percussive effects. The English lyrics put a fresh spin on cumbia in general and help some listeners better identify with the song’s message—all while indicating the even broader reach of the form.

The singer approaches melodic content with a sense of freedom, and that inventive, improvisatory performance style matches the flexibility inherent to jazz and blues. At 2:30, a wave-like melodic pattern enters via broken chords (arpeggios), diverting our attention with some electronics color, then things just fade out and away…

Listening actively to music that blends cumbia traits with other forms is a portal into a rich variety of American musics: you might sense something that reminds you of tango—which means you’re likely to explore that next. In other words, cumbia is a gateway music!

We’ve listened to a set of songs all related at least peripherally to cumbia—bearing in mind that fusion is key: there is no one kind! Cumbia has successfully crossed over into rock, hip-hop, and other regional forms and what’s resulted is a versatile song and dance form that captivates people the world over.