Home » How To » Song Writing » How Music Alters Your Mood

How Music Alters Your Mood 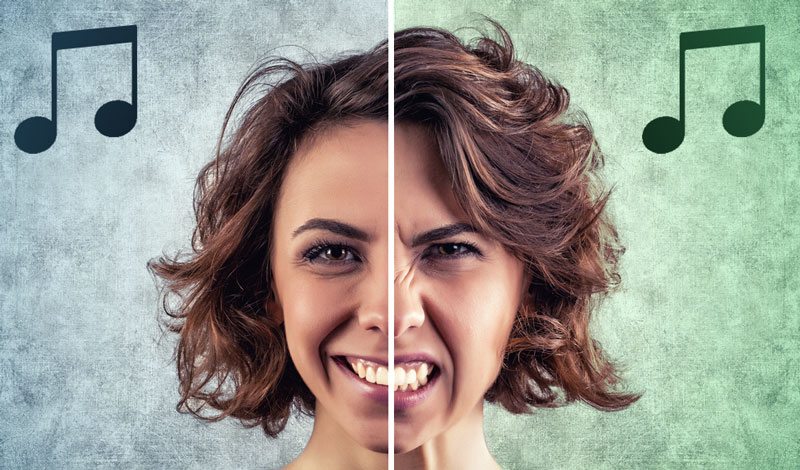 Music can powerfully affect—or reflect—your mood. Sites like stereomood.com and last.fm can create playlists depending on which word you click on, like “melancholy”, “happy”, “excited”, and so on. Others, like Focus@Will provide a soundtrack scientifically designed to help you reach a specific mental state. How do they do it?

Most people would agree in saying that the way that music makes them feel is what makes that music so great. So how is this done?

Is there a specific formula to follow for creating sad, angry, or optimistic music?

Let’s explore the ways that music can entirely alter your mood, or can line itself up so perfectly with your current state of mind.

We’ll skip the most obvious of ways to do this: through lyrics. Naturally the subject matter of a song will alter the mood of the listener. Instead, we will explore the musical elements concerned with creating mood in a piece of music. Think of film scores, for example. How does the composer manage to create suspense or provoke tears in the viewers?

Here are three pieces of music in various styles which evoke very different emotions or moods.

Although this is not technically an instrumental, the Icelandic lyrics are not required to make this song moving to people from around the world. The music itself manages to create an uplifting mood.

Some musical elements that help to create this sound are:

Listen again and try to identify each of these techniques being used.

This track works well as a lullaby, and has magical qualities within the music that make it incredibly suitable for the film.

Some musical elements that help to create this mood are:

3. Requiem For A Dream, Orchestral Version

This soundtrack manages to evoke suspense, keeping the listener on edge.

Some musical elements that help to create this sound are:

Next time you listen to a track and you feel particularly moved by it, although it seems like it must be magic, listen a little harder and try to pinpoint the things about the track that manage to move you so successfully.