Home » How To » Collaborating » Choir » A Cappella for Ear Training: What? Why?

A Cappella for Ear Training: What? Why? 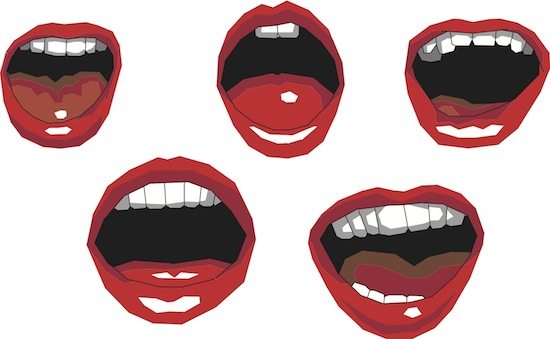 You might have seen it on our Twitter and Facebook feeds lately: we’ve been working on an exciting new app for the London A Cappella Festival. We’re excited to share it with you soon – but first: a long-overdue post on just how fantastic a cappella music is for ear training.

I was surprised (and slightly embarrassed) to find I’d never written about a cappella properly here on EasyEarTraining.com. Just a small mention here and there.

Today we’ll look at what it is and why you should be using a cappella music for your ear training – with the crucial how coming up in the next article, followed by a few tips. 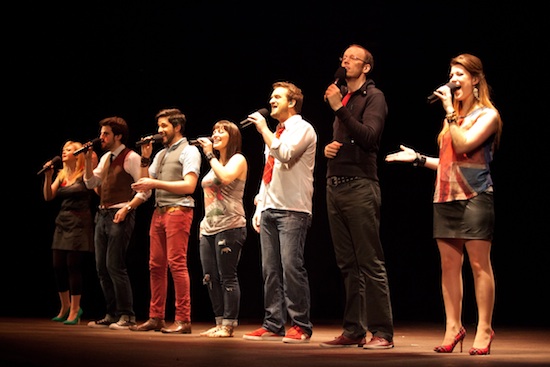 The Swingle Singers, a leading and legendary a cappella group

What is a cappella music?

The name comes from the traditional Italian term for unaccompanied vocal music and means literally “in the manner of the church”.

These days it’s a broad and hugely varied genre: from ancient church music, to the great tradition of Barbershop, to modern beatboxing-based covers of rock classics, and pop culture appearances like Glee and The Sing-Off.

The power of the human voice

I had the good fortune to sing in a barbershop quartet in my school days. Tuning in to those close harmonies did more for my musical ear than several years of choir singing had before that. It also left me with a love of a cappella music in all forms, and an appreciation of the power and versatility of the human voice.

I think the reason I’ve been feeling guilty about neglecting a cappella here on the site for so long is that it was listening to close harmony that got me excited about relative pitch and ear training in the first place!

This is still one of my favourite ear training exercises: throw on an a cappella track and just listen, exploring the sound with my ears.

As I listened to recordings of beautiful vocal harmonies I wanted to understand what I was hearing. Without knowing it, I was practising active listening, picking apart the vocal parts by ear and following each in turn. Listening to these a cappella songs was somehow an activity in itself, and I could completely lose myself for minutes at a time just following the voices and trying to keep track of each singer.

This is still one of my favourite ear training exercises: throw on an a cappella track and just listen, exploring the sound with my ears.

As I did this I realised my ear was improving and I was getting better and better at picking the voices apart. That led me to study up on ear training for intervals and chords, how to improve your sense of relative pitch… and eventually the creation of the RelativePitch app.

So what’s so great about a cappella music for ear training? Why use unaccompanied vocal music to develop your musical ear?

Firstly, there’s the simple purpose described above. A cappella music is terrific for practising active listening: training your ears (and brain) to analyse the many constituent aspects of the musical whole you are hearing.

There is great value in how natural this music is. Your brain has evolved over countless generations to listen to and analyse the human voice. You already have an appreciation and sophisticated awareness of the many sounds the voice can produce. Everyday conversational listening has built up your capability in separating one voice from many others which may surround it.

This gives you a strong starting point for developing your analytical musicianship with active listening.

Harmonic ear training should be a focus for any musician, and many of the most desirable musical abilities (like composing and playing by ear) hinge on your ability to analyse harmonies by ear. 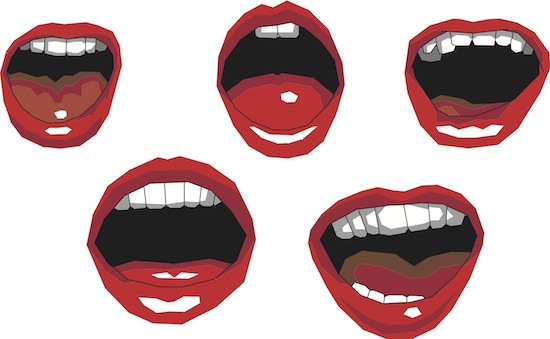 Because a cappella music uses only the human voice – a wind instrument – it tends to feature clear, sustained harmonies. At least more so than music which includes other kinds of instruments in the mix. This makes it more accessible for students starting out developing their harmonic awareness.

One of the most powerful aspects of a cappella music is the interaction and collaboration between the singers in the group. The way they work together to craft varied, interesting, subtle, powerful harmonies is perhaps unrivalled by any other musical style.

So a cappella music makes it easy to get started appreciating harmonies, and you certainly won’t run out of more advanced material to challenge your ears with either!

Exploring any of the resources listed above or the playlist at the end of this article should quickly make one thing clear: there is a huge range of musical styles in the a cappella genre!

In fact, it shouldn’t even be considered a genre – any more than “guitar music” or “piano music” should be. Any musical genre or style can be performed in a cappella arrangement. Indeed, some groups seem to set out to prove just this!

In addition to the wide range of musical styles you’ll find across a cappella groups and songs, you will hear great variety within any given track. Unlike the formal fixed intonation of church choirs, a cappella groups will exploit every aspect of the human voice, creating a huge range of sounds and timbres to convey their intended musical effect.

You can take advantage of this to increase your timbral appreciation with a cappella music.

You couldn’t talk about the musical characteristics of a cappella music without mentioning blending. A vital part of what gives this music its power is the ability of performers to blend their voices perfectly as one when the moment calls for it.

While a choir will often think in terms of blending so that all the voices singing a particular part (e.g. soprano) have a coherent sound, an a cappella group normally has one singer per part. So the subject of blending is more subtle: we’re talking about each singer blending their part with the others, through matching enunciation (everybody singing the same kind of “ooh”!) and pitching (making sure that unison notes truly are a single pitch, and that harmonies are perfectly tuned).

Clearly this all ties in closely with timbre (discussed above) and pitching – which we’ll talk about in a minute. Blending deserves its own attention though.

Not only because it’s a central part of what makes an a cappella group great – but because appreciating and following how the singers adapt their sounds to blend and diverge their voices during a song is a key part of a cappella ear training. 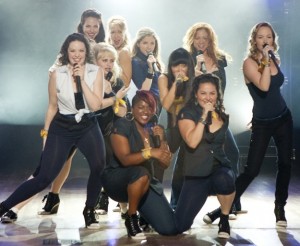 Perfect your Pitch with a cappella music

Suffice to say for now that pitching is key. As mentioned above regarding blending, a cappella singers must be perfectly attuned to one another, requiring them to have powerful ears for pitch in a way which very few instruments do. There’s a reason the recent a cappella movie is called “Pitch Perfect”!

Listening to these singers will help you develop your own sense of pitch and tuning. If you spend some time with recordings of amateur a cappella music you’ll also find that pitching is a striking part of what makes a group sound professional.

Honing your ear for pitch using a cappella music can therefore be a core factor in your own ability to judge the quality of musical performance.

Hopefully that’s whet your appetite for a cappella music, and given you a sense of how powerful it can be for improving your aural skills.

We’ll continue in the next part with some specific ways you can use a cappella music in your ear training practise, including particular music suggestions to listen to.

In the mean time, enjoy a selection of music from the groups performing at this year’s London A Cappella Festival: