The Power of Persistence: Interview with Dubstep’s Cris Jarvis 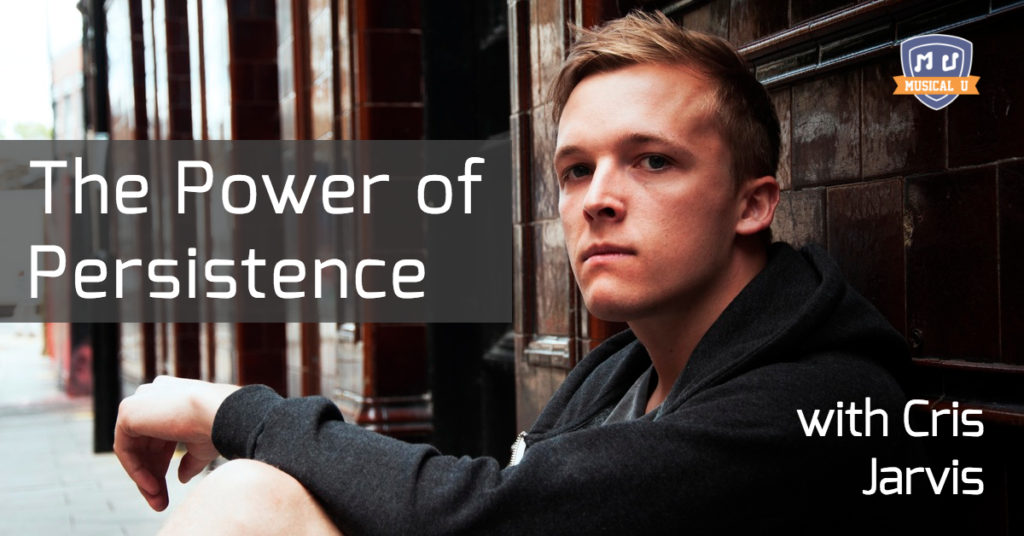 Colchester native Cris Jarvis grew up playing drums and guitar in heavy metal bands, before launching his solo career in electronic music in 2011. Since then the “trademark gritty yet melodic sound” of his remixes and productions have had much success in dubstep and other bass music scenes. He spoke with us about how he creates music and the steps he made in his career:

Q: How did you get your tracks heard when you were first starting out? Was your success in competitions a helpful career boost? 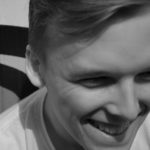 For me personally, Soundcloud was a hugely helpful tool in getting my music out there and heard. I would simply upload everything and share it around as much as I could. While not the be-all-and-end-all, winning remix competitions gave me a boost, opening doors for me with certain record labels.

Q: You got your start as a musician in heavy metal. How did you make the transition to electronic music and how would you describe your musical style now?

I see you’ve been digging! I was a drummer and guitarist in a few bands before this and it was always tricky—everyone trying to break into the music industry and none of them really knowing how to best go about it. I got tired of being in bands and not getting anywhere, so I stopped with music altogether for a few years.

I first heard Skrillex’ “First Of The Year” on Radio 1 while I was driving to the pub to meet my friends one evening. I was instantly hooked! It sounded like electronic Heavy Metal—all made by one guy in his bedroom. I rushed home that night and got started!

Q: Do you find there is pressure to create a certain expected sound or do you feel that you’ve been able to maintain your style? There can be this pressure to create certain styles when they emerge and become popular, but I’ve always tried to stay away from that kind of attitude. The last few years I keep hearing, “Dubstep is dead”—again. Sure, there has been a drop in popularity, and some people have moved on to other styles and genres.

I’ve always stuck with making a similar style. It’s not really because I want to “stay true to myself” or something like that, but dubstep is the style I love, and that is the style I want to make! I’m not in this to be popular, I’m just in it to make the music that I really like!

Q: You seem to have a solid grasp of the music industry for one so young. How did you learn the ropes?

”…if you want to get into the industry the main thing is to just make music, make sure it’s good, and get it heard.”

Thanks! I think I still have a lot to learn. The music industry is a huge and confusing thing. Everything I’ve learned pretty much the hard way. I have good friends who offered good advice over the years, but if you want to get into the industry the main thing is to just make music, make sure it’s good, and get it heard. Learning about the industry will come afterwards.

Q: You’ve reached a level of success in your career that many would envy. What advice do you have for young musicians in managing a career in music?

Most of the time they do listen, and if they’re not responding to you it’s probably because you’re not ready yet. If nobody picks it up, put it out there on Soundcloud, or Bandcamp, or use a distribution site like RouteNote to put it on Spotify, iTunes.

It’s a long road and it’s not going to happen overnight. Always keep learning more and more and always keep improving. Never assume that you’re the best you’re going to be!

Q: What has been the highlight of your career so far, on a personal level, and what do you hope to accomplish in future?

I think the highlight of my career so far was when Datsik chose my remix of his track “Katana” as the winner of their remix competition! It really opened the door for me to his label, Firepower records—they are one of the best out there at the moment in the dubstep world. I’m in talks with them now about some future releases that I can’t really say any more about!

The main thing I dream of accomplishing is going on tour and playing shows all over the world in clubs and festivals. 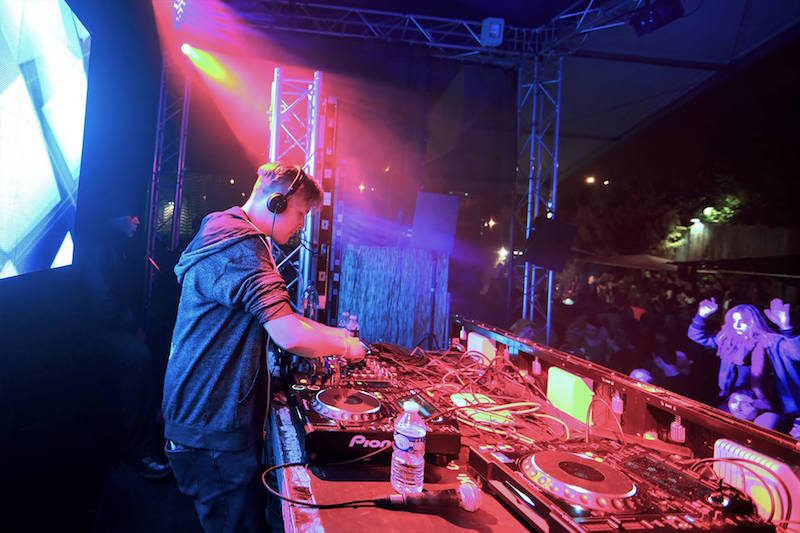 I don’t think music theory absolutely necessary—people shouldn’t be put off because they don’t have previous musical experience. I guess it depends what style you are making.

There are many electronic music styles out there that can be produced with very little or no need for traditional music theory.

That being said I’m sure it has helped me a lot. I’m blessed with a natural ear for melodies. I have no actual formal training in music theory, but it’s there in the background.

Being a drummer has definitely helped me in dubstep though, which is based a lot around complicated drum patterns.

Q: Do you have a set process you go through when producing a new track, or is it different every time? What does that process look like?

The music I make is based heavily around the types of weird and crazy sounds you can create using synths like Serum or Massive, so I have two separate processes. The first is me sitting down and just creating crazy noises and saving them as presets for later use. 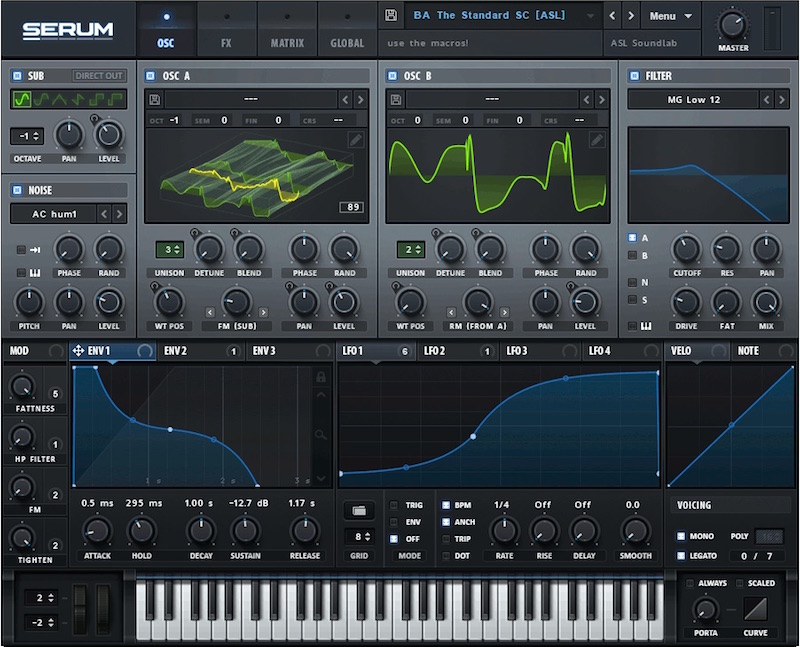 Once I’ve got a library of these crazy sounds, I’ll choose some as the basis of a new track and start writing in some musical stuff for the intro and so on—generally building the track around the sounds.

Of course it’s not always that simple. Sometimes I’ll get a random idea for a melody or noise and I’ll just sit down quickly and write it that way.

Q: Who are your influences and what other musical genres interest you?

My musical influences of late are people like Spag Heddy, Barely Alive, Knife Party, Virtual Riot… If I could be 1/10th the producer these guys are I would be happy!

My favourite band of all time is System Of A Down… I love obnoxious, in your face music like heavy metal and I love Die Antwoord. I love the way those guys just do whatever they want and don’t care what anybody thinks! But I also really like super chilled-out music like Trip Hop, and I also listen to quite a lot of modern Folk and Soul like Jamie Woon and Husky.

Q: How would you describe the Bass music scene to people who know nothing about it?

Q: Why do you think dubstep is making a comeback?

I think that since the first time round, lots of people have realized that they could make it on their laptops and so have been locked away for a few years learning and improving. These guys are all starting to come out of the woodwork as incredible producers.

There is also a huge gap left by people like Skrillex, Knife Party, Feed Me, Skism and countless others—who used to dominate the scene but don’t regularly release dubstep anymore. So we have this second wave of great dubstep coming out. 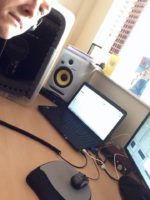 It’s a huge part of the scene I’m involved in. I know kids as young as 15 that are incredible producers, which would absolutely never have happened if it wasn’t all so readily available. Anyone with a laptop and a pair of headphones and lot of free time can get the software and learn how to use it by watching videos, or reading blogs or forums.

In terms of people getting their music out there and listened to and building a following the internet is changing the way that works as well. We’ll see a lot more self-released music and a lot less of the reliance on big record labels—which has been the norm for so many years.

Cris Jarvis: another success story that demonstrates the awesome power of persistence. Persistence on two fronts: always learning, improving, and creating better and better music, and persistence in believing in your music enough to keep sending it out and keep sharing it. No magic formula, no secret connections. Our digital age puts the power—and responsibility—squarely in our own hands. And this is great news for us all!