How to Recognize Different Types of Synthesis 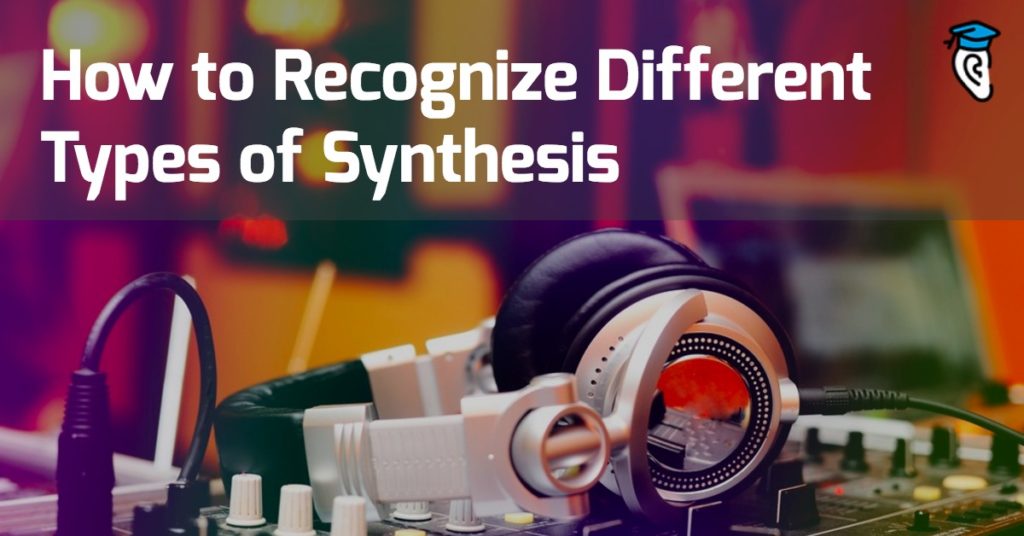 Sound synthesis is an integral part of the music making process in the modern era. Artists rely more and more on making music “in the box”, via digital audio workstations (DAW) and virtual studio technology (VST): the industry has come a long way since harpsichords and church choirs!

Of course, analog gear has a certain flavor to it but its downside is the absence of logistical flexibility and the high price you have to pay for anything decent. This is exactly where virtual studio technology saves the day. Having everything available at hand, on your laptop, makes things so much easier. Plus, the sound capabilities contemporary plugins have to offer are insane. Today we want to take a quick glimpse into the world of sound synthesis and what it has to offer for a modern musician.

While there are roughly 20 known types of synthesis, in this tutorial we will cover the three most popular ones: subtractive, FM and wavetable.

Each of these has found an army of dedicated fans and provide a wide range of sonic possibilities. These synthesis types are responsible for the sound of today’s music: if you want to keep up, you need to have at least a basic understanding of what they sound like. Then you’ll be able to create your own musical timbres and unique sound.

The basic concept behind any synthesis is that you are working primarily with 4 basic waveforms (sine, sawtooth, triangle and square), layering and modulating them with each other in certain frequencies. Then you shape the sound with amplifiers and filter envelopes to achieve desired longevity.

You are used to identifying musical intervals by their specific ever-present sound quality. You can do the same with waveforms. Virtually any synthesizer on the market uses the four basic shapes. Spend some time playing those back and their sound will become apparent to you.

Here are the four waveforms played in different octaves:

This one is the most popular synthesis type of all—perhaps due to its inherent simplicity and application. Most of you are familiar with Omnisphere, Sylenths, Dune etc. These VSTs are perfect for getting familiar with the sound of subtractive synthesis and its characteristics. Going through various presets will give you an understanding of the sound.

Subtractive synthesis is a method of sound synthesis in which partials of an audio signal (often one rich in harmonics) are attenuated by a filter to alter the timbre of the sound. While subtractive synthesis can be applied to any source audio signal, the sound most commonly associated with the technique is that of analog synthesizers of the 1960s and 1970s, in which the harmonics of simple waveforms such as sawtooth, pulse or square waves are attenuated with a voltage-controlled resonant low-pass filter. Many digital, virtual analog and software synthesizers utilise subtractive synthesis, sometimes in conjunction with other methods of sound synthesis.

Here’s a tune that utilizes multiple synths with various timbres and qualities:

The record immediately starts with plucky reverbed chords going in a familiar dotted 8th note and regular 8th note pattern. Starting at [0:50] you can hear another synth coming in, a frequently-used sound of reverbed saw synths. In this case “saw synths” indicates the type of waveform used to create the sound itself: the sawtooth wave we saw above. At [1:08] there’s one more synth sound playing arpeggios and scale licks, right before the chorus of the song.

Another example of a song using subtractive synthesis is this record by Aurora called “Conqueror”. Jump to [0:34] to hear sidechained synth chords. Triangular and square waveforms combine to produce a hollow, warm character.

FM (Frequency Modulation) is possibly one of the most versatile types of synthesis in the scene right now. Being introduced in the early 80s with the release of Yamaha’s DX7 it offers insane sound design capabilities. A typical FM synthesis sound carries a bell-like quality, with crispy high-end hiss.

In audio and music, frequency modulation synthesis (or FM synthesis) is a form of audio synthesis where the timbre of a simple waveform (such as a square, triangle, or sawtooth) is changed by modulating its frequency with a modulator frequency that is also in the audio range, resulting in a more complex waveform and a different-sounding tone that can also be described as “gritty” if it is a thick and dark timbre. The frequency of an oscillator is altered or distorted, “in accordance with the amplitude of a modulating signal.”

Here’s the sound of basic FM synthesis modulations applied to a single note:

“Inertia”, by Jega, will give you a taste of the FM sound. Listen: you can clearly hear the bell-like, resonant sound mentioned before. “Metallic” also comes to mind. Just like subtractive synthesis FM also relies on using basic 4 waveforms plus their variations to achieve the desired result.

With FM synthesis you can achieve some pretty crazy sounds! It’s all about the amount of processing you use and the extent of frequency modulation applied. FM is insanely good at recreating brass sounds and making various “alien noises”.

To demonstrate the extent of what FM can do, listen to our next example starting at [1:08] the prolonged and wavy lead synths demonstrate the typical FM sound that is frequently used in dance music genres. This is only scratching the surface: some advanced modulation FM can provide some of the most complex sounds.

With the release of Native Instrument’s Massive and also Xfer’s Serum wavetable synthesis became one of the most flexible and popular methods of achieving a diverse palette of sounds fast.

Wavetable synthesis is a sound synthesis technique that employs arbitrary periodic waveforms in the production of musical tones or notes.

The basic concept here is to take a sound source of particular length (a sample that can be literally anything: a cat meowing, a dolphin sound, a hit on a metal object, a waveform compiled of a combination of waveforms etc.) and then manipulating this sound from many different angles: pitch, volume, filtering, applying FM modulation (discussed previously), FX processing etc.

Wavetable is one of the latest developments in sound design and modern synthesizers utilizing this synth type often pair it with other synthesis types like: granular, FM, subtractive, additive, etc.

Wavetable synthesis offers the widest range of sounds that can be created comparing to any other technique.

If you want to discover how much synthesizers can offer, Xfer’s “Serum” will satisfy pretty much any sound design need as it combines the most popular features in one. The user interface is extremely easy to use too.

Here’s an example of a “cat meowing” sample loaded into Serum and processed couple of times:

For a real-world example, listen to the next record and keep in mind that almost every sound there is made using wavetables. This synthesis type combines the best in the world of sound design. Jump to [0:40] to hear an example.

Find your own sound in the sea of infinite possibilities:

With these three synthesis types you can create almost any sound you want. The availability of VSTs in the market offers plenty of choices to pick from on your epic quest to discover new sounds. Contemporary music is hungry for new timbres! Synth plugins are going to be your best friends here.

With such a vast abundance of delicious possibilities, how do you choose? Numerous artists have chosen to start with a more limited palette and slowly build into a unique sound. Once you have trained your ears to recognize the the different types of synthesis and how they are produced, you too can grow your own mind-blowing sound!