Home » Ear Training » Genres » The Rhythm of Dubstep: How it Works

The Rhythm of Dubstep: How it Works 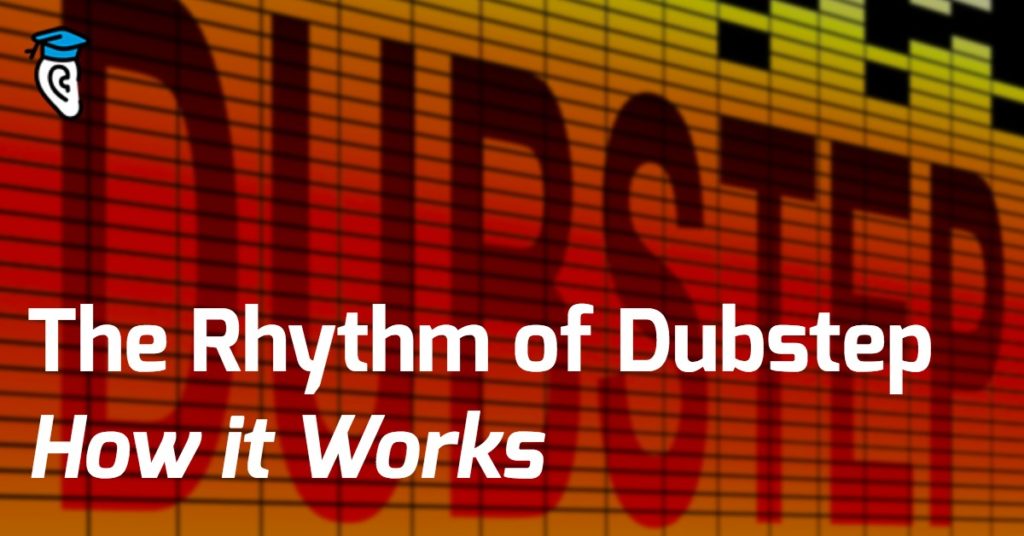 Exploding onto the electronic music scene in 2008 there hardly was a person who didn’t have an opinion about the Dubstep scene. People either loved it or hated it, nothing in between, but dubstep’s characteristic heavy cut time groove is simply impossible to overlook or ignore. 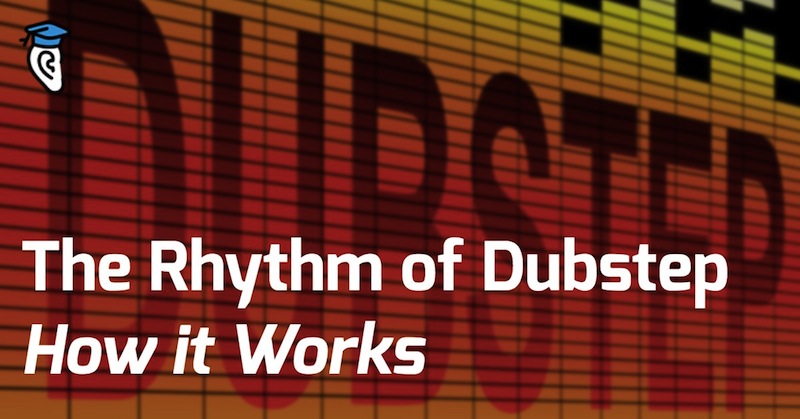 The dubstep genre was born in Bristol in the UK, which is also the home to controversial street artist Banksy. It is a mixture of several genres including: reggae, 2-step, dub and garage, taking the best of each of them and combining it into floor-shaking beats.

After experiencing a huge burst in popularity (2008 – 2012) and then fading away for a year or two, now in 2016 we are seeing something which could be a complete rebirth of the genre. Dubstep is making confident steps to return to festivals, clubs, people’s playlists and our hearts. All thanks to dedicated producers who kept pushing it and redefined the sound of dubstep into something excitingly fresh and new.

So what exactly defines the dubstep sound? Let’s take a look into the rhythms of dubstep and the most common patterns found in this popular modern genre.

Before we dive in, make sure you are familiar with common rhythmic patterns and have started some rhythm ear training.

The Heart of Dubstep: the “Cut Time” Groove

Perhaps the most important concept behind the rhythmical content of dubstep is cut time.

This is the heart of dubstep: you can almost visualize a giant making earth-rattling steps to the hits of the kick and the snare drums. A dubstep producer’s skill is often determined on how those two elements are put together in the mix.

While intro, build sections, post-drop, bridge and outro sections can usually be either in normal tempo or cut time, the drop is 99% of the time is going to feature the characteristic heavy cut time pattern. Sometimes the last portion of the drop can have 4-to-the-floor groove that brings a dose of surprise to the record.

Let’s start by listening to one of the biggest dubstep records of all time: “I Can’t Stop” by Flux Pavilion:

The record starts with a cut time beat (also known as “alla breve” – which is a meter with 2 half-notes per measure) in the introduction. Pay attention to the kick and snare patterns, these two are the driving force when making a dubstep track. As a dubstep producer you want your audience to nod their heads up and down all the time.

Jump to [0:33] where the drop happens and notice how kick and snare interact with each other. Counting at a slow tempo (about one beat every second) you can hear the kick land on beats 1 and 3 and the snare alternative with it on 2 and 4, creating a very laid-back beat.

So what’s the actual difference between the “Common Time” and “Cut Time”? Both last the same amount of time: 1 whole note (i.e. a whole measure, equivalent to 4 beats of a quarter note or 2 beats of a half note).

The difference is in the “feel”. Common Time relies on quarter notes, and Cut Time relies on bigger time chunks. As a result your perception of the whole measure changes. This distinction is a slight technicality because you can produce a record in 140 BPM cut time which feels the same as the record in 70 BPM cut time using finer rhythmic divisions (a.k.a. “half time”). Most of producers prefer using 140 BPM because then their DAW (Digital Audio Workstation, e.g. Ableton, Logic, Cubase) provides more convenient time subdivisions.

The most common tempo at which dubstep is made is 140 BPM. Some records are produced with a slight deviation from the norm and you can find tracks ranging from 128 to 160 BPM. This usually happens when dubstep is fused with other genres, for example a bass house track that features a dubstep drop.

Give a listen to this track by Jauz called “Feel the Volume”. Listen to the first drop that starts at [1:00] and you hear straight 4-to-the-floor groove (more on this below). Then jump to [2:02] to hear a drop in dubstep style instead. Can you hear how it feels like the tempo has suddenly drastically slowed?

There are certain rhythmic patterns that are used more in dubstep than others. Listening for these can help you identify a dubstep record when you hear it.

The first example that comes to mind is a series of dotted 8th notes alternating with regular 8th notes. Often used in intros utilizing synths this technique gives a certain “riding” feeling to the overall groove.

Here’s an example of such rhythm used in “I Need Air” by Magnetic Man. It is a succession of dotted 8th with adding 8th notes to complete the pattern every 2 bars.

The synths start in the very beginning of the song. It is a very common pattern for all sorts of music, not just dubstep. A lot of guitar accompaniment is based on variation of dotted and regular 8th notes. Why this works is because the accents fall irregularly, syncopating the beat and making things interesting.

In the example above, when the beat drops at [0:55] you can hear how the syncopated pattern in the synth creates interest above the lazy dubstep groove of the kick and snare.

Another common technique used in dubstep is 16th note arpeggios. The reason why these work is because they bring a sense of busyness and hype to your arrangement. Arpeggios are frequently used in intros and drops.

In his track called “Shock” Jarvis takes advantage of this in his synth work. Jump to [0:12] of the track to hear an arpeggiated synth playing in 16th notes. During the drops arpeggios are played very subtly in the background and create a sense of fuller and tighter mix.

Since reggae music is one of the most profound influences on dubstep it is only natural to expect to hear the familiar upbeat chord stabs! Indeed this groove is commonly found across numerous dubstep records. Often combined with triplets, this rhythm pattern brings a certain “rolling” feel to the groove.

Check out this next track, by Virtual Riot and Megalodon: “Fatal First Punch”. You can hear both the triplets and the upbeat 8th note stabs right at the beginning:

The upbeat chord stabs fall neatly in between the slow kick-and-snare dubstep pattern: a perfect fit! To tune into the triplet pattern try counting three notes (try saying “su-per-man”) on each beat of these kick-synth-snare-synth measures: “kick-er-man,synth-er-man,snare-er-man,synth-er-man”.

This next record is probably one of the biggest dubstep tracks and features the classic 4-to-the-floor drop, as well as the reggae and triplet groove discussed above. It was hard not to mention Skrillex sooner in this article: the man who has one of the most recognizable sounds in the scene and who is constantly pushing the envelope of electronic music and the whole community.

To hear the original cut time drop, proceed to [1:04] of the track. Once you get a sense of the sound jump to [2:23]. Here the drums on the drop are going in a heavy (typical for rock music) groove pattern. Kicks hit on every beat and snares are landing on 2 and 4:

Hear how that 4-to-the-floor beat creates a heavier, denser sound for this section of the track before it lightens up to the usual dubstep pattern.

The Future of Dubstep

Dubstep inspired a huge wave of upcoming producers with its unstoppable energy. Starting out as passion of a few experimenting artists and making its way all the way to the hands of major label producers who utilized the genre and used it in one form or another in pop records which landed in Billboard’s Top 10. With the recent revival of the scene we’re all excited to see where the movement is going and what it has in store for us next!

Use the examples and explanations above to get familiar with the various rhythmic characteristics of dubstep. The cut-time beat and reggae feel are the cornerstone, but as we’ve seen it’s not as simple as that! Keep listening to dubstep fused with other genres and develop your listening skills in preparation for the next evolution of this powerful genre.