The most important four-chord progression: vi-IV-I-V 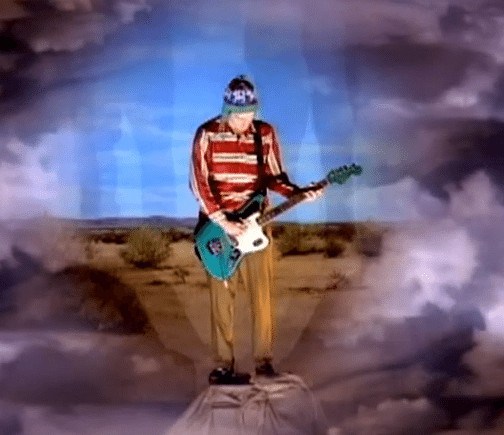 I recently wrote a post introducing the vi chord: the “sad twin” of the chord family. Now I want to look at the most common progression using this chord, one which turns up in all kinds of songs and will undoubtedly sound very familiar to you…

The vi–IV–I–V progression, also referred to as I–V–vi–IV, is a very popular option for many songwriters. In fact, you would be very surprised if you did a bit of analysis on all your favorite hits to realize how many of them use that exact same progression! That should tell you something: this particular chord progression is like gold. Not only does it sound natural and familiar, but it is ‘catchy’ and can support very beautiful melodies.

In a way this is the natural extension of the “three chord song” or “three chord trick” we looked at before. By introducing the minor vi chord we create a more powerful and emotional progression. And like that 3 chord trick you’ll find there are lots of easy 4 chord songs you can play just by learning to play this progression on your instrument. Read on to learn all about the ‘four chord song’ chords…

Let’s start by listening to this progression:

And now the alternative form:

That time it was C–G-Am–F: I–V–vi–IV. Same chords, same order – just starting on a different chord (I instead of vi).

I’m sure you’ve already started thinking about one or two songs you know that this chord progression reminds you of. This is because there are, indeed, a ton of them. Here’s a dozen on a YouTube playlist:

Of course not all these songs rely solely on these four particular chords – but their chorus, or more recognizable hooks, revolve around them. Going from 60’s rock to the 80’s and pop icons of the 00’s, these four chords have been used, reused, and recycled again and again.

Make it your own

The point is: vi–IV–I–V is perhaps one of the most natural chord progressions in music. It is pleasing to the ears and can support very different melodies. After all, for The Beatles, Bob Marley, Michael Jackson and Toto to write four very different songs based on the same chord progression it has be a very versatile combination of chords indeed!

If you are a songwriter, you might think you should shy away from using this chord progression as it has already been covered. However, it is important to note that there is only a limited combination of chords in music and hopefully the examples above demonstrate just how versatile this progression can be. Use it to your advantage to write your own melodies. It’s a great way to start – and there’s nothing wrong in following in the footsteps of musical geniuses that came before you!

For more about this magic progression (also called the “sensitive female chord progression”!) check out Nick Long’s article “Four Chords and the Truth”.