Meet vi, the sad twin of the chord family 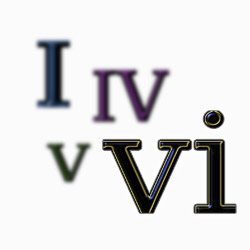 Are you looking to play pop songs by ear or improve your music transcription skills? Want to spice up your song-writing? Have you heard of a ‘four chord song’ and wondered what that means?

My recent articles have explained the 3 chords every musician should know intimately and the huge number of three-chord songs based on them.

If you don’t know what a “1, 4, 5 progression” is, or what the strange symbols in “I–IV–V” mean, don’t worry. Find out all about the I, IV and V chords and their use in popular three-chord songs before reading on in this article. Today we’re going to expand beyond the I, IV and V chords. These three chords are used in many songs, called “3 chord songs”, but there’s a whole lot more you can learn to recognise with only a bit more ear training.

So, how can you take a simple 3-chord progression and turn it into something a bit more colorful and different?

Read on to find out how adding a fourth chord, the vi (or “six”) chord, creates a whole new range of possible 4-chord progressions and 4-chord songs. In fact because this set of four chords is so versatile they are often called the “magic 4 chords”.

Training your ear to hear the vi chord will allow you to appreciate and recognise vastly more chord progressions and easily play songs by ear or write new songs yourself.

The vi chord can be defined as the ‘sad twin’ of the I chord – it is the first chord of the minor scale and so complements the sound of the I of the relative major scale. Like the I chord, it can be used in many different places in a chord progression. You can use it simply to move more effectively from one chord to another, or even to add a touch of color and a new minor dimension to an otherwise entirely major chord progression.

So from the C Major scale we can see the vi chord would be A–C–E, forming an A minor chord. As you will notice, there is only one note that differs from the C major chord (C-E-G).

Let’s listen to the I chord and the vi chord played one after the other:

As you can hear, these chords have very different sounds, yet somehow remaining quite similar. This is because one is a major triad and one is a minor triad.

The great similarity between the I and vi chord is very important, because this will allow you to use the vi chord throughout the 3-chord progressions you’re already familiar with, and it will sound very at home while still adding a bit of color and variety.

Let’s listen to some example progressions, this time with the vi chord inserted in a I, IV and V progression:

As you can see, the vi chord is at home anywhere in this progression – it really is like the ‘sad twin’ of the I chord!

In summary, the vi chord is a very versatile chord that can be inserted in many contexts within a traditional 3-chord songs. This creates a “4 chord song”.

It adds a new sound to an otherwise major progression and is easy to recognize due to its simultaneous similarity and difference with the I chord.