Solfa and the Score: Sight-Singing 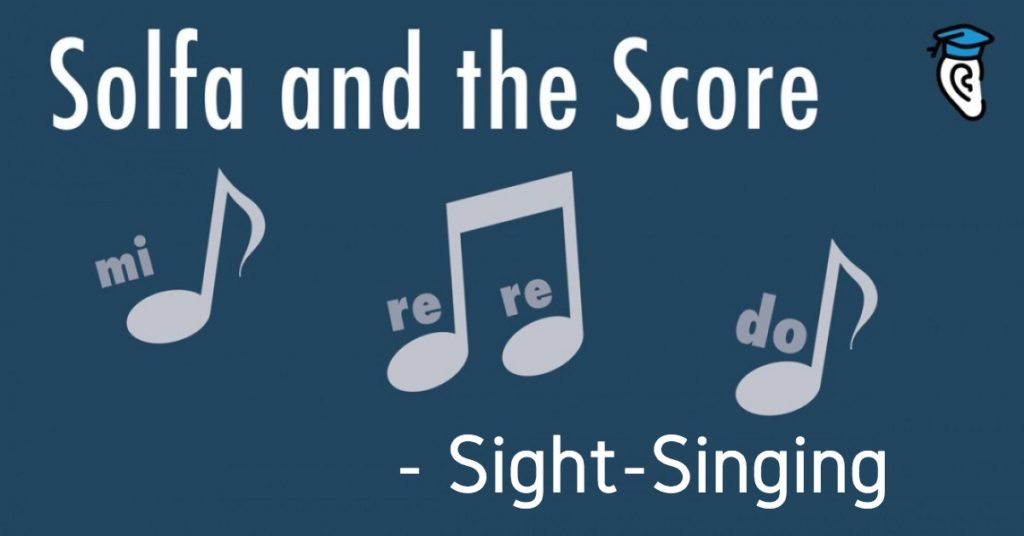 Can you sing a melody direction from the written score? It’s a challenge for most singers. Fortunately, solfa provides an easy way to sight-sing confidently. So far in this series we’ve covered how to internalise the solfa syllables, and focused on the pentatonic scale as a simple starting point. Now we’ll look at how you can use these pentatonic solfa skills to sight-sing from the score

In earlier parts of this series you learned how to use pentatonic scales for improvisation and music transcription. Believe it or not, you are now fully capable of sight-singing any melody made from our now-familiar set of five notes.

As stated previously, pentatonic scales are highly popular across many genres due to the versatility and expressive power that you can unleash while utilizing only a limited number of notes.

Pentatonic scales are fantastic for improvising “solos” once you have internalized each of the five sounds and have become familiar with the possibilities they provide.

However, pentatonic scales are also extremely useful for creating melodies as the core of a song. This is useful if you’re composing or writing songs, but of course it’s also useful for sight-singing the melodies which other composers have written.

Today, we will be sight-singing some very famous examples from the popular repertoire, so the chances are that you’ll already know the songs.

Since we are also working on internalizing the right syllables corresponding to each note of the Major Pentatonic scale, the procedure to be followed with each melody is as follows:

All the melodies have been transported to fit the Do Major Pentatonic scale in the key of C, which is the one we have studied so far. Let’s review again the notes contained in this scale: Do, Re, Mi, Sol, La, Do’

As a warm up exercise, you might want to sing the scale several times, changing the order but always saying the correct syllable that corresponds to the sound.

Ready? Let’s start with the melodies!

First, we have an all-time classic. This is a perfect starting melody, and a very famous one as well, but perhaps you didn’t know that it was entirely comprised by a Major Pentatonic scale.

The speed for this melody is 120 BPM, and it is very important to keep the beat!

So let’s remember the steps: First determine the right syllables and speak them without singing the pitch (but following the rhythm correctly). Once you’ve internalized the names, proceed to sight-sing the melody. If you’ve followed the series so far you should be able to perform this last step on your first try without problems. You can check your answer using the clip below the score.

Here is first the reference Do, which is also the first note of the melody here:

Too easy, perhaps? Don’t worry, we are just warming up! Time for the next challenge:

Here’s another one to try. Again, work out the syllables and say them with the correct rhythm first, and then try to sing it correctly on your first attempt. Check your answer using the clip below.

Take your time while singing it. Although the tempo indication is the same as before (120 BPM), the overall mood suggests more flexibility in following the beat, particularly at the end of each phrase. Let’s try:

First, the reference Do:

Notice that this time this is not your starting note! But there it is, starting bar two. 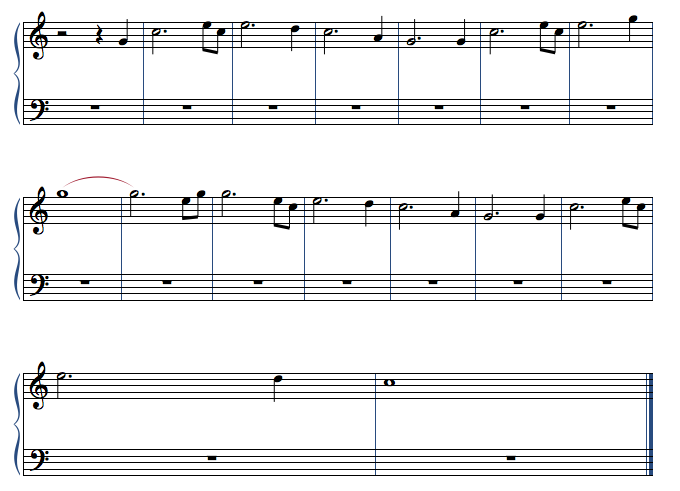 Need a clue? This slow-paced, very expressive and popular song was conceived in the XVIII century, but you can hear it on every corner even today. In spite of being originally a religious hymn composed in England, with time has become a symbol of American culture, inspiring hope amidst the tragedy. Even Barack Obama sung it in 2015 during a memorial! Amazing, right?

From the classical musical repertoire, here we have the initial measures from two fantastic pieces by famous French composers. Let’s set the tempo to 66 BPM on these ones. You might realize that in spite of being short, there’s a challenge of moving fundamentally outside the center of gravity of Do. There’s also an extra, ornamental note in both examples just near the end of the melody.

Let’s hear the reference Do once again:

Well, that wasn’t too hard, was it? After checking your singing with the clips above you might like to also check the answers at end of the article to see which tunes you were able to recognize. If you’re unfamiliar, search for these fantastic pieces on YouTube to hear them performed in full by talented musicians.

I hope you had fun sight-singing these melodies and enhancing your abilities to recognize and sing melodies built from pentatonic scales. It is now time for you to explore on your own, either composing, improvising or transcribing the many examples in the popular and classical world that were constructed using this versatile and powerful scale. Until the next time!