Pozzoli and the Spoken Solfeggio If you have been learning solfege but struggling to connect the syllables of each note with the score when singing or transcribing, I have good news for you. There is a great way for you to internalise the name of each note on the score quickly and easily.

In the process of learning how to sight-sing or transcribe music accurately, it is normal to divide your attention between getting the correct pitch and remembering the right syllable that corresponds with the note, to connect it with the written staff. Often musicians will:

Internalising the syllables so that they become instinctive helps greatly in eliminating this extra distraction, allowing you to concentrate on rhythm, good tone, or overall accuracy.

Once you have internalised the syllables you will be able to:

Fortunately, there is an established way to gain this instinct for the syllables. It is used in conservatoires and music schools around the world and called “Spoken and sung solfeggio”. It was developed by the great Italian pedagogue Ettore Pozzoli.

Ettore Pozzoli was born in Seregno, in the north of Italy, in 1873. Apart from having a prolific career as pianist (one of the oldest and most prestigious music contests held his name in fact, the “International Ettore Pozzoli Piano Competition”), Pozzoli dedicated most of his life to develop innovative approaches to the learning of harmony, piano performance, music theory and sight-singing. Some of his books quickly gained critical acclaim and started to be distributed by Casa Ricordi, in Milan, making his methods and techniques widely available throughout the world.

Pozzoli’s most famous contribution to music pedagogy, the book Spoken and Sung Solfeggio proved to consistently help students to internalize the syllables of each note, which made it popular among music schools around the globe as a way to gain proficiency in sight-singing. Throughout the 20th Century, his music education methods became established practice for conservatoires influenced in the Italian way. Pozzoli’s method continues to be periodically updated, upgraded and re-edited.

How Spoken and Sung Solfeggio Works

We normally think of solfeggio as something you sing. Each pitch has a syllable, so you sing the syllable on the pitch. Spoken solfeggio, as its name suggests, works differently.

Spoken solfeggio acts as a first step before the sung equivalent. It consists of first focusing your entire energy on memorising and internalising the correct syllables and associating them with the different pitch heights on the staff. 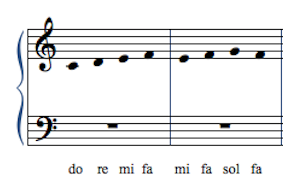 All you have to do is read the name of the correct syllable from a note in a score as if you were reading a book, in neutral tone, respecting the right rhythm. Once this is done, you repeat the exercise singing the correct pitches along with their respective note names.

Let’s try some introductory exercises in spoken solfeggio so you can begin to see how it works. Simply follow along using the instructions!

For this first series of exercises, you won’t have to follow a particular rhythm, as all the notes lack stems or flags.

Don’t worry about using a metronome or even a regular beat. All you have to do is say the correct syllable of the pitches in a sequential order, starting from the first “do”, as indicated.

Your goal in phase one is to start to teach your brain the connection between the position and relationships of notes on the staff with the solfeggio syllables. Then in phase two you introduce the sung pitches as well.

To carry out the exercise all you need is the score with syllables labelled, but to help you get started you will also find spoken and piano versions of each exercise for your reference. For this first exercise you will also find a sung demonstration below so you know what you’re aiming for in phase two.

Not let’s try a slightly harder example, with some jumps (intervals) between notes:

And finally an exercise with more intervallic variations:

First, let’s start only with quarter notes. The recommended speed is 120 BPM (beats per minute), but you are recommended to adjust the speed depending on how comfortable it feels. If it’s very difficult for you to keep up the pace, slow down to 100 BPM. On the other hand, if you feel that you would like a challenge, speed up to 140 BPM. The speed should be kept consistent for all the repetitions in each phase. 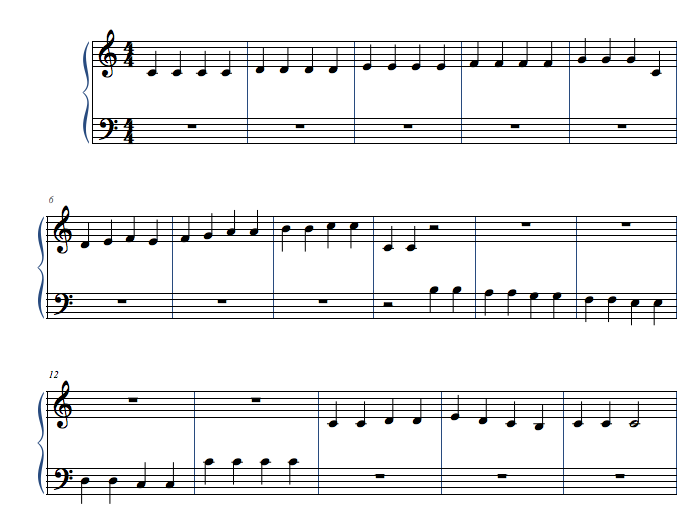 Now with let’s take a break reading some half notes: 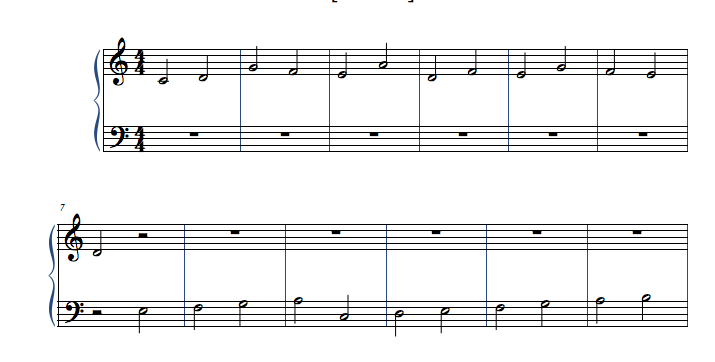 So far all our examples have been with a “C” note as the tonic, “do”. However, let’s remember that as we are trying to master movable-do solfa, the syllables have to correspond to the scale degree, and not to the actual name in the score as would happen in fixed-do solfa.

For instance, the following is a transposition of Exercise 8 into D Major. The overall note height would be different on the staff but the syllables would remain the same. Let’s have a look: 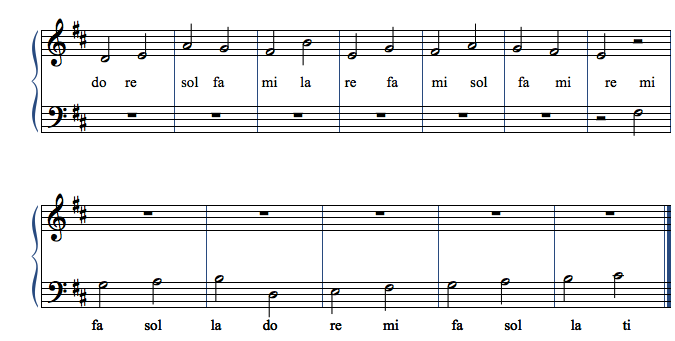 Finally, let’s return to our C tonic and go ahead into an exercise featuring a combination of quarter and half notes: 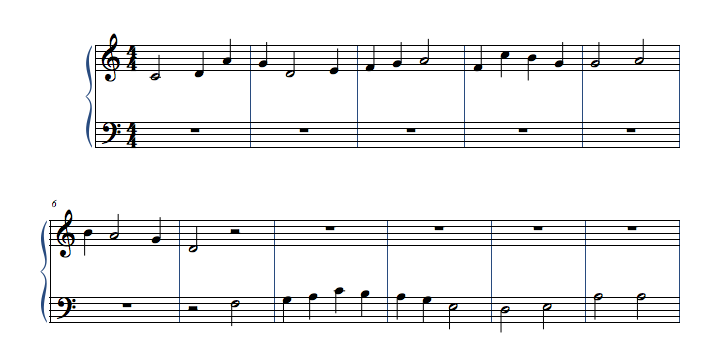 In this first part of the series, you have met the “Spoken and Sung Solfeggio” method, created by Ettore Pozzoli. You have learned the two-phase process for training using spoken solfeggio exercises and started to use the set of simple exercises provided to begin connecting the sight of the score with the solfeggio syllables. We have also talked about how developing this instinct for solfa will help you to transcribe, improvise, and sight-sing easily in future.

Ready for more challenge and Pozzoli fun? In the continuation of this series, we’ll tackle more challenging examples, improve your sight-singing skills, and learn how to improvise and transcribe using spoken solfeggio!