Six Surprising Lessons from Two Years of Musical U It’s hard to believe two years have already passed since we opened the doors at Musical U. Over that time we’ve learned a lot about what works (and doesn’t!) in musicality training. Today, to mark the 2-year anniversary, I wanted to share some of the surprising lessons we’ve learned…

Before diving into those lessons, a quick update on how that second year went. After the first year we shared our results so far and some member stories. Since then, Musical U has more than doubled in size – we’re growing fast! In the last year we also added 5 brand new training modules, Play and Sing, Score to Sound Practice, Finding the Key, Scale Degree Recognition and Approaching Improvisation. That last module opened up our new Improvisation topic – with plenty more to come! And we added a new Roadmap for Playing Melodies By Ear with Solfa.

Our members have been active as ever, posting 6,160 posts in the discussion boards – but busy with training too, earning 7,809 awards over the course of the year! Virtual high-fives to all our members on those impressive results.

So that’s all very positive – but there have been some surprising things too.

As I thought about what we’ve been learning, it occurred to me that a lot of the lessons could help you with your own training too. So here we go…

One major project for us in year two of Musical U was the development and rollout of a new interactive quiz system, totally custom-built for the needs of Musical U members.

The old quiz was working fine – but it was a bit clunky. We wanted to provide our members with a smooth and easy training experience for intervals, chords, solfa, and more.

Here it is in action: (and you can actually try it for yourself on the module preview pages for Interval Recognition and Chord Recognition – go give it a whirl!)

What was surprising was just how popular the new quiz system has been. We hoped that most members would prefer it to the old system, but without exception the feedback has been super positive. Hooray! And it seems to have made a real difference to member success with these training modules. So we’ll be doubling our efforts to make the training experience easier and smoother for members.

Smoothing out seemingly-small frustrations and setbacks can have a big impact on your training success.

2. Most People End Up Using Both Solfa and Intervals

When you set out to develop your sense of relative pitch to recognise notes and chords by ear, there are two paths: interval recognition, or solfa (a.k.a. solfege, do re mi).

That’s why in Musical U we set up two Roadmaps for playing melodies by ear, one for each approach. 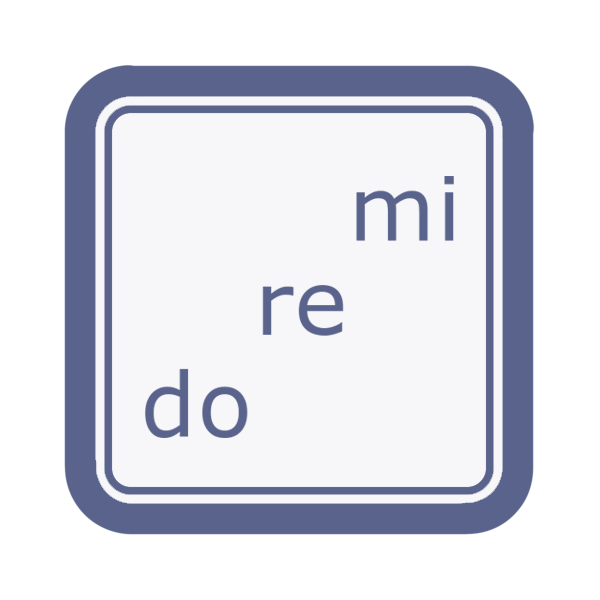 But the thing is, the two approaches are actually intimately related. Recognising intervals helps you with solfa, and learning solfa can be a great way to accelerate your interval recognition skills.

Fortunately Musical U is designed to be fully flexible to meet each member’s needs and preferences – which lets members switch approach and combine the two.

What surprised us was just how often this happens. We expected people to pick a path and mostly stick to it. But in fact, the majority of members working on these skills end up using both approaches at one stage or another.

Don’t be too fixated on a single approach – exploring various options can help you progress faster.

Our interval training material is already comprehensive but we have some ground to fill on the solfa side. So we’re going to be working to extend the set of solfa training modules beyond the pentatonic to diatonic scales – and beyond! (that’s if I can persuade the amazing singers who provided the audio samples we use to once again pretend to be robots and carefully record each clip we need! Jo, Kevin, what do you say? ;) )

3. Major vs. Minor is Harder Than It Seems

Often educators fall into the “curse of expertise” – where your own experience blinds you to the challenges faced by beginners.

I like to think I’m normally pretty good about avoiding this, but one area where I’ve failed is in underestimating the challenge that major vs. minor distinctions can be for some musicians. Inside Musical U we teach members to distinguish major from minor for intervals, triad chords, and keys. To my ears, even before I began ear training, the difference was pretty clear-cut. Sure, in a complex musical context it can be tricky to tell them apart reliably, but examples in isolation had rarely been challenging.

This year I realised that this is really an area we need to provide more training in. Some members arrive and find it a struggle to distinguish a major from a minor chord, and the simple “happy vs. sad” idea doesn’t help them.

Sometimes the things that are meant to be “easy” really aren’t – so don’t be hard on yourself if you struggle sooner than expected!

We’ve already set up some new discussions to share lots of tips for working on these intervals and chords, and talked about it in our monthly Live Q&A calls – but it’s an area we could do with some more dedicated training material for.

Speaking of our monthly Q&A calls…

4. Live Q-and-A Calls Are Not That Popular

I’m embarrassed to admit it – because I’m the host! But the truth is it’s only a handful of members who show up live to our monthly calls, and it’s rare for someone to ask a question live. The positive way to look at this is that we’re doing such a good job of handling member questions on the site between the calls, nobody has a burning issue they need help with by the time the call rolls around! And realistically, it’s hard to schedule a time when a community of musicians spread around the world can all tune in live.

Members who have access to the Q&A call archive certainly do find the recordings helpful, answering dozens of questions in depth to help with key training topics.

Still, it can’t be denied that we just haven’t had the attendance we’d hoped for. So it’s time for a change.

When something’s not working, even if you think it’s a really good idea and should work, sometimes you need to throw in the towel and find a better alternative.

We’ve been reaching out to some of the top names in music education – the thought-leaders who really appreciate the importance of musicality, not just instrument technique and passing exams! And we’ve been setting up a new series of guest masterclasses which will replace the Live Q&A calls in the months ahead.

As the Musical U site has developed we’ve grown from about 15 modules to over 40, from zero Roadmaps to 6, and from a small number of discussions to literally thousands.

Along the way that all seemed like purely positive improvements. Better and better!

The catch: it turns out to be incredibly hard to maintain a flexible and personalisable training system and continually increase the amount of material available on the site and keep things well-organised for members to always clearly know their next training step.

That last part was the critical one we’d underestimated.

Although our training material itself is clear and well-organised, the arrangement of modules and Roadmaps and personal training plans on the site has been increasingly causing frustration.

Don’t assume that more is better. Or at least not without carefully figuring out how that “more” can fit in neatly to what’s already working!

We’re determined to keep the flexible training system because that’s always been a crucial part of what makes Musical U more effective than traditional ear training courses. But improving navigation and usability has become our top priority: in addition to the improvements we’ve already made, we’re now working with a “user experience” professional to revamp things in the best way possible.

Musicality is universal. In particular, the inner skills we teach in the core training modules of Musical U can be applied on any instrument and almost any style of music.

So the training modules themselves have always been designed to work for any instrument. 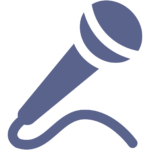 But as we all know: as musicians we love our instruments! Guitar players want to know about guitar, bassists bass, flautists flute, singers their voice, and so on.

There are plenty of sites to teach you how to play an instrument, and we don’t want to reinvent the wheel. So it’s been a challenge for us to figure out how to respect that desire of members to get more hands-on guidance for their particular instrument, while staying true to the universality of the skills we teach.

You can’t ignore your true strongest desires – or other people’s! Try to find a way to make everyone happy.

Finally we have a solution, and we’re super excited. As part of our 2-Year Anniversary celebrations we’re unveiling a brand new feature at Musical U: Instrument Packs.

… But more on that next week! Our email subscribers and Facebook fans got early information and a special offer. Head on over there if you’re interested to know more.

I hope these surprising lessons are as helpful for you as they have been for us.

All that remains is to say a big thank you to the Musical U team: Stewart, Kelly, Andrew, Marisa, Adam, Anastasia and Daniel, you all rock. And thank you too to all our members, especially this year’s Spotlight members: @WaterZone8, @Clatoof and @HoomamN.

Here’s to another great (and hopefully surprisingly enlightening) year ahead!

Thinking about joining Musical U? There’s no better time! Check out our current promotion to celebrate the 2-year anniversary.