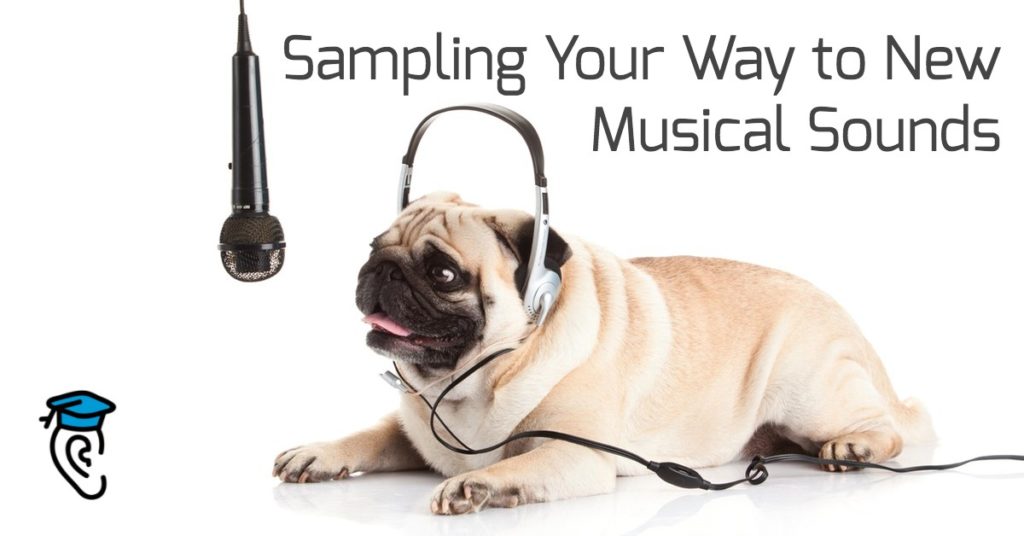 We are all quite familiar with conventional methods of making music: live instruments, voice, synthesizers, computer generated sounds and so forth. The recent surge in technology has led to much experimentation with sound, challenging age-old concepts of how we make music. The availability of sound processing tools in the market offers aspiring artists the ability to go deep in all directions in pursuit of musical genius.

One particular way of creating music has grown exponentially in recent years: digital sampling. Now any sounds in your environment—from animal noises, city ambience, to hardware gear and beyond—are available for music making. All for the sake of coming up with new textures and musical variety in your songs. Let’s take a look into some iconic examples of this technique.

Back In The Day

The first record that comes to mind is Pink Floyd’s “Money”. Immediately hitting you with a cashier’s machine sound and some coins thrown in a pile, this record is a timeless classic and uses this kind of sampling way before it became cool.

A trendy example that’s spinning out of control right now is sampling animal noises. What started as a joke in the electronic dance music community quickly took off and launched a stream of records that heavily exploit sampling dolphins, turkeys, and other crazy stuff.

“Dolphin On Wheels” was put out by Kill The Noise and Dillon Francis. Both producers are known for their sound design skills and a specific sense of humor.

Jump to [0:07] to hear an Aqua park ambience inserted in the track. Starting at [0:43], during the drop part of the song, you can hear an actual dolphin being sampled and messed around with. This is done by loading a sound snippet into a sampler instrument. Samplers offer various degrees of flexibility with processing sounds such as: filtering, envelope modification, frequency modulations, sample stretching, etc. At [1:50] the insanity goes on: the monkey samples will turn your sonic world upside down.

Anything Can Be Used to Create Music

In Justin Bieber’s recent record “What Do You Mean” go to [0:38] in the music video to hear a clock sample opening the track. There’s a certain beauty behind sampling live sonic objects. One of the main reasons is the depth of the sound and complexity of the timbre. We are all extremely accustomed to the sound of acoustic instruments, while the sound of synthesizers may sound too plasticy and lacking “life”.

Sampling acoustic sounds opens up a whole new dimension in your songs—and those sounds are everywhere. Your ears will start to look for the music in every life experience.

In “Lemonade,” by Sophie, the sound of a water droplet appears instead of the usual snare or clap sample. Go to [0:10] and take a listen. This sample also makes total sense given what this song is all about—lemonade!

Tune in to the Radio Frequency Swap

Here’s a very popular trick for intros—not exactly sampling, but related. In countless records, the “swap” brings the record to life and creates a very audible contrast when the main section of the song comes in. Listen to the intro to “D.A.N.C.E.” by Justice to hear such an example. The reason why this works so well is because the “radio effect” only lets through a narrow band of mid-range frequencies. After turning this effect off, the full audible frequency spectrum (for the human ear it is 20Hz to 20kHz) shines through. Thus the radio effect demonstrates electronic processing applied to sound, and is one of the infinite ways sampled sounds may be processed.

There’s a new term that has emerged recently: “Internet Music”. Imagine a world of unlimited resources and creative potential available at the reach of your fingertips. Well this world already exists and it is—bah bah bum—The Internet. The internet offers an alternative reality from which we draw inspiration. Before the modern era artists would contemplate their surroundings—these days we carry an alternative window to a whole new growing world.

One of the common attributes would be heavy sampling of memes, real life sounds, game sounds and mixing them in one overly hyped record. This might as well be the future for music created online.

Jump to [0:33] to hear all sorts of familiar sounds like a car alarm, cell phone messages, game arcade sounds, birds and so much more.

#InternetMusic may not be an everywhere hashtag just yet, but it’s only a matter of time—a very short time—before it gets picked up by the masses and becomes an integral part of the vast world of music.

Internet music may insinuate mixed feelings with the listener, especially one not accustomed to what’s trending on the world wide web. Online trends appear and fade away in the blink of an eye and internet music is heavily reliant on the content generated globally and uploaded into the cloud.

For every who wants to dig into sampling a little bit more but doesn’t have a reliable recording microphone at hand we recommend checking out Freesound. It’s a free audio portal where users upload any sounds imaginable. Most can be used in all possible ways, including commercial.

“Sketch of a New Esthetic of Music”

In his Sketch of a New Esthetic of Music, Ferruccio Busoni touched on the integration of technology into the realm of art and music. A very interesting read published over a century ago.

Busoni wrote: “Only a long and careful series of experiments, and a continued training of the ear, can render this unfamiliar material approachable and plastic for the coming generation, and for Art.“

Of course it was hardly possible to predict what the future of music holds but one thing the author of the book got right was a necessary “series of experiments and training of the ear”. Busoni advocated the necessity to push the harmonic and modal envelope further—creating new scales, modes etc. Instead we found ourselves exploring the timbral possibilities, all due to the advancement of the technology that opened a whole new world of sound synthesis.

The World is Singing

Sampling technology has made any and all sounds available for our music making. Through sampled sounds, we can reinvent our sonic worlds. We blur the lines between life and music, as we tap our infinite electronic potential to process, shape, and reorganize our beloved acoustic experiences.

Pink Floyd spent months and a fortune in the studio to integrate the sounds of their environment into their music. Thanks to today’s technology, you can do the same with a few mouse clicks, and for next-to-nothing. Go ahead, fire up your favorite DAW—Audacity or Garageband will do—and transform your world into music!