Home » How To » Song Writing » Creating Songs with Mobile Apps 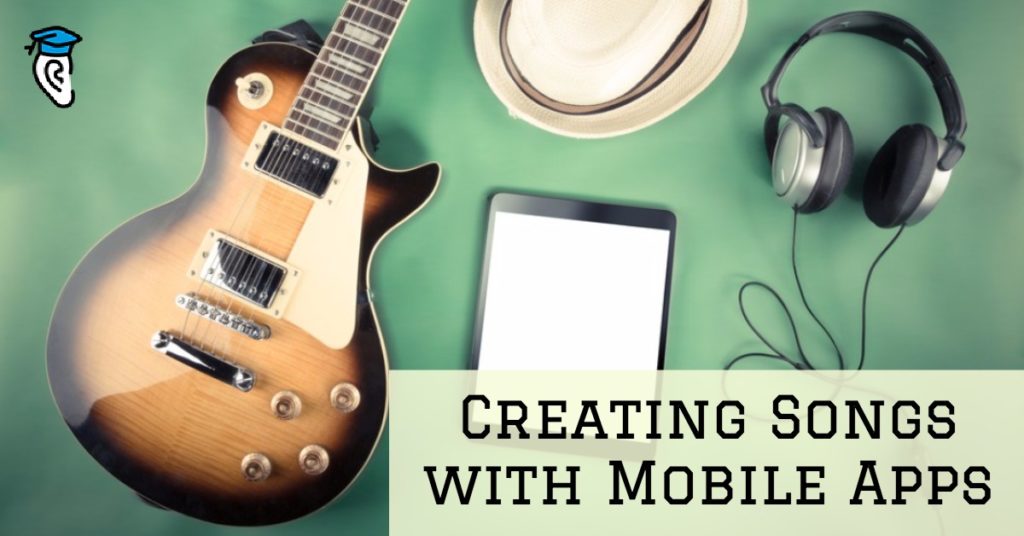 Songwriting is never easy. It requires knowledge of a range of disciplines in today’s music industry – from production and mastering, to collaborating and understanding feedback from your community. There have always been a wide range of tools and technologies that can help you, but now with mobile devices and apps, songwriting and creating music in general is easier than ever. 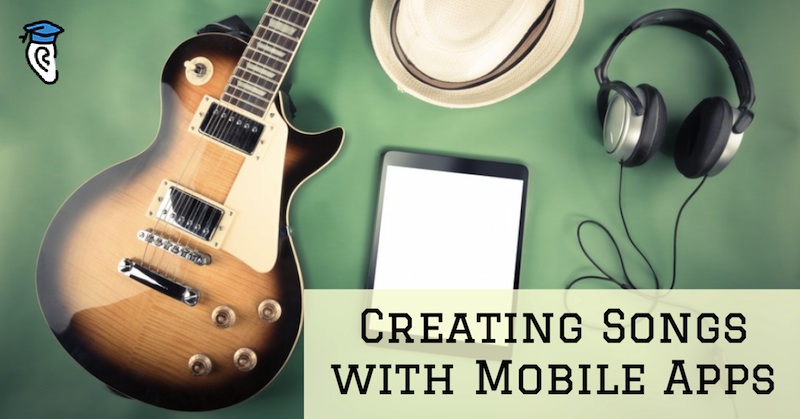 So, how can mobile devices and apps help you? Their functionalities can be divided up into three categories.

Let’s take a look at these three broad categories in a bit more detail.

There are lots of ways you can get an idea down so you don’t forget it. The simplest of course being a pencil and paper, but there are better ways using technology. Even if you have the simplest of smartphones you can do a lot more than you can with paper. Basic note taking apps will let you write down and organise ideas and lyrics. If you have a song in your head, even just a few notes, then singing or humming them into a device can preserve them quickly and efficiently.

Basic audio recording apps can do this simply and effectively, and just collecting that audio note can keep that idea alive. But you can do a lot more than that. In the last few days Apple has released a new app that fits this category perfectly.

Music Memos lets you sing or hum or play an idea into the app, record it, tag it, then even add automatic bass and drums to it if you so wish. This lets you grab an idea, sing it or play it and keep it for later when you can develop it or discard it. Music Memos is a great place to start, and it’s free on Apple’s App Store too.

Here’s a video demonstration from CNET: 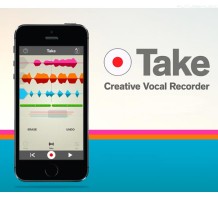 There are many more apps that can help with catching that idea. One popular one is Propellerhead’s Take app. It gives you three tracks to play with. You can sing in melodies or other parts and then mix them simply too. It is available free on the Apple App Store.

If you want to go further and start crafting a track, with or without an idea in your head, there are plenty of tools that will get you making music straight away.

One of the simplest and arguably the easiest to use for non-musicians, is Propellerhead’s Figure app. This is a great app if you just want to play with sounds and produce simple tracks, especially when you have no inspiration at all. Also, it integrates with their Take app very well.

Often using a looper app can be a good way of grabbing an idea and expanding or improvising over it. Loopers let you record and overdub sounds, whether they are vocals or instruments. There are a few really excellent apps in this category which are worth exploring.

Loopy lets you work with up to 6 loops and gives you a lot of control over each loop. 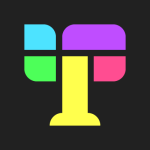 LoopTree is also an excellent app for experimenting with loops and constructing tracks from scratch.

2. Your Own Musical Scratchpad

The apps I’ve mentioned in the last section will all let you organise and keep your ideas and performances in the app. If you want to go further than ideas and get virtual notes down on virtual paper there are many more options for doing this. In fact, there are whole musical studios available for your iPhone or iPad (sadly there is not quite as much choice if you’re an Android user). 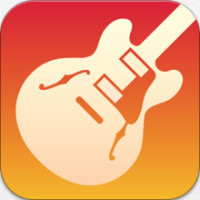 A lot of the apps that you might want to try for creating a whole composition on your smartphone are a little skewed towards electronic music, but certainly not all. In fact, Apple’s very own GarageBand for iOS is an excellent place to start. It will run on your iPhone or iPad and will do a very good job on both. It lets you pick from a range of instruments and can even help you play if your skills are a little shaky.

You can use GarageBand to create a whole track from scratch or just play with it and find some inspiration in there. GarageBand will cost you less than a couple of cups of coffee, which is an investment well worth making in my view!

If you’ve got this far you are probably thinking you have enough options for catching and organising your ideas. For those who want to go one step further there’s a whole world of music making apps available on iOS. If you want to play with synthesizers, drum machines, effects, then there are apps-a-plenty to suit every need.

For now I just want to focus on apps that will be useful to songwriters looking to make whole pieces on the go. These are apps that are often referred to as mobile DAWs (Digital Audio Workstations). There are a few to choose from, but for now I’ll just mention one such app, Steinberg’s Cubasis which runs on an iPad.

Cubasis gives you a multitrack environment in your portable device. This means you can use the instruments in the app (and there are lots) to play on or sequence your track, add audio tracks for vocals and mix the whole song into a single shareable file. GarageBand will do this too and is arguably less complex, but has less features, and that is reflected in Cubasis’ price tag of around £35. Even though that’s expensive for an app, the desktop version would set you back around ten times that.

For a lot of people that may well be as far as they want to go on mobile, but if you wanted you can even go as far as mastering your track, and there are a handful of apps that will give you some great results.

Hopefully that’s given you a whistle stop tour of what you can do on an iOS device, be that an iPhone or an iPad. Sadly there are less options for Android users and that’s probably a topic for another time. However, it is certainly not impossible and in fact musicians have created whole albums with Android devices.

For now I’d like to leave you with a link to a group on SoundCloud called Song of the Month Club. Whilst all of the music may not be to your taste I think it provides a good overview of the diversity of music that people are making using mobile devices. I hope that you’ll find that this short introduction to mobile song writing is a good place to jump off and explore. 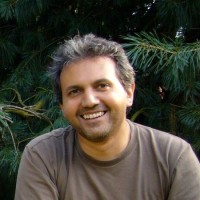 Ashley Elsdon has been writing and curating PalmSounds.net for almost 10 years, focused on all aspects of mobile music technology and practice. He’s also advises the award nominated SoundLab project from Heart n Soul and Goldsmiths University which researches music technologies for people with learning disabilities and develops links with the music business and music technology community.