An Introduction to Percussion Instruments 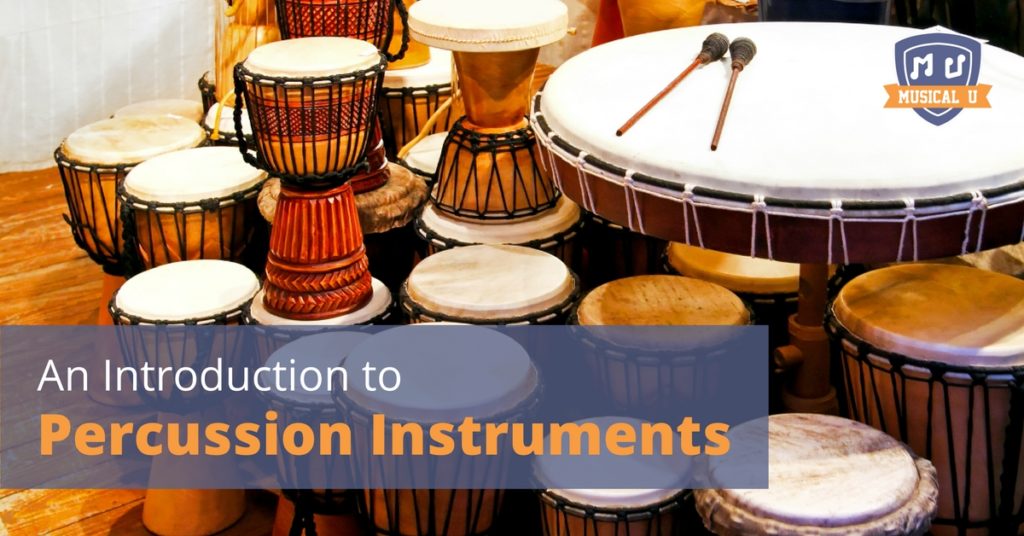 Ever drummed your fingers on a table? Or hit two sticks against each other? The table and sticks are basically makeshift versions of “percussion instruments.”

Despite not being as striking (no pun intended) as their counterparts in the wind and string families, percussion instruments play a vital role in any musical ensemble. In fact, they’re often referred to as the “heartbeat” or “backbone” of music. (Imagine a band or orchestra without drums, cymbals, and similar others. The music would be all over the place!)

So, whether you’re a drummer for a band or a player of other instruments that require tapping and striking, here’s what you need to know.

A Brief History of Percussion Instruments

No one really knows for sure what the first percussion instrument was or where it came from. However, researchers like James Blades speculate that these instruments are as old as history itself. When humans first discovered rhythm, music – or, at least, what passed for music at the time – was born.

As human society progressed, so did the complexity of percussion instruments. People learned how to make them such that they produced sounds with different volumes, textures, and tones. For example, a slit drum has “tongues” on top which represent different notes depending on their individual width and thickness.

Likewise, the percussion instruments used in modern orchestras came from Asia Minor. Some of these moved east due to mass migrations, and moved back west due to events like the Crusades, when soldiers brought Middle Eastern drums home with them. Although prominent composers like Mozart and Haydn emphasized the use of instruments from other families (brass, strings, and woodwinds) in their works, the use of timpani or kettle drums never really died out.

By the 18th and 19th centuries, cymbals, triangles, and the like were more frequently used in orchestras. This continued well into the 20th century, until percussion instruments as we know them today became an indispensable part of music.

Percussion instruments are so numerous and diverse; it’s hard to pin down exact categories to classify them all. However, most can be separated into two groups: pitched and unpitched.

On the other hand, unpitched percussion instruments don’t have a definite pitch. They’re often used to provide rhythm or accents, and are played independent of a song’s harmony and melody. Some examples are the snare drum, cymbals, tambourine, and triangle.

Take note that percussion instruments can fall under both categories, depending on how they’re used. Bells, for example, can be pitched or unpitched. If you know what category an instrument falls under, it’s easier to figure out how to maximize it for the piece you have in mind.

Don’t let the apparent simplicity of percussion instruments fool you. They may not be as sophisticated as instruments from other families, but they’re just as important when it comes to breathing life into any piece of music. Remember: always march to the beat of your own instrument!

What percussion instrument do you play? Is it pitched, unpitched, or both?

Tell us about it in the comments!