The Lydian Scale: Seeking The Ultimate Mysteries of Music 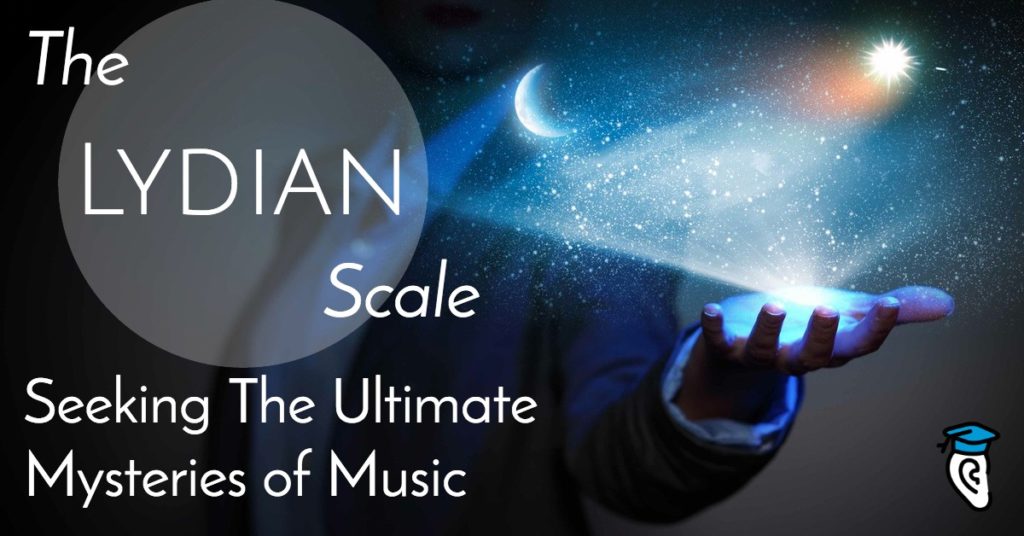 Anyone who loves music senses that magic lies within the relationship from one note to the next. And anyone who has even dabbled in music theory sees that, rather than being arbitrary “rules”, “the laws of music are more like laws of nature in that they explain the workings of a system that already exists.” (Nashville Guitar Guru, Dave Isaacs)

Mystics and scientists have tried for millennia to understand the ultimate “why” behind each of the the spiritual and physical laws we experience in our lives. Yet music theorists have generally been satisfied with only describing and explaining the “how” of music. Historically, most musical breakthroughs have emerged from the intuitive forces of creative musicians. Then the theorists rush in and tell us how it “works.”

As we learn music theory, we are often left with a nagging sense of “why?” Why does that V chord resolve to the I chord? Why does an “F” note sound so off when played above a C chord? Why do these notes clash and those notes fit together?

Even when we learn the music theory rules, the “why” of it all still eludes us.

Throughout the centuries, a few brave theorists have leaped down the rabbit hole in attempts to understand not only the how of the rules, but the why of the rules. In my experience, the “musical Einstein” who has come closest to a unified-theory-of-everything-musical (at least within the 12-tone equal tempered system) is George Russell. 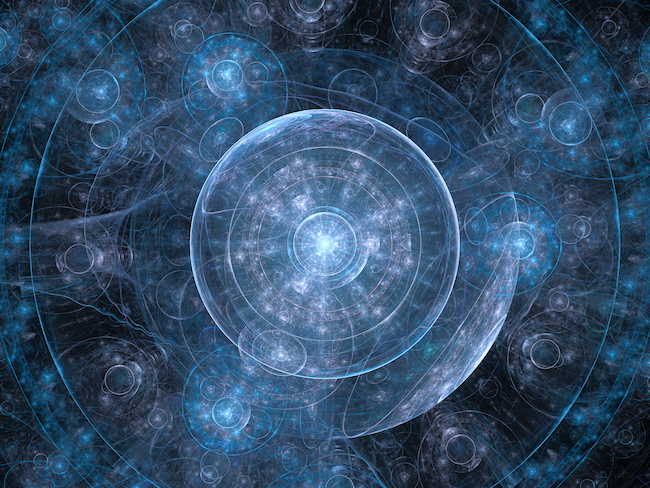 A little over 20 years ago, I had the privilege of studying with Russell for one short semester at The New England Conservatory. What I will present here draws from my own rudimentary knowledge of the first principles of his monumental work, known as the the Lydian Chromatic Concept.

These principles continue to inform and transform the way I hear music and make music to this day.

Let’s begin with the most fundamental musical element that describes how pitches relate to each other: intervals.

Anyone who has spent some time with Easy Ear Training will know that we talk a lot about intervals! It’s because we know how learning to hear them opens up our musical understandings and abilities. 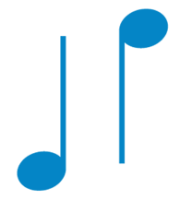 When attempting a universal theory of music, one can make the argument that scales, tunings, and therefore intervals will vary tremendously from one culture to another and so aren’t suitable components of a truly universal framework.

Yet there are actually certain intervals that are almost universally recognized.

In the western music system, these are known as “perfect” intervals. They represent primal mathematical ratios. Nature supplies these through the harmonic series, in which the frequency of a tone is increased by set mathematical multipliers.

Whether you overblow your wind instrument, move your fingers on a fretboard, or adjust the timbre on your keyboard, you are playing with the harmonic series.

Let’s examine the harmonic series, approximated to the notes of the western system. In reality, the farther up the series you go, the more “out of tune” it is with the tempered tuning of western music. Yet the perfect intervals remain true. In the diagram below, I have labeled the harmonics with the closest interval they create with the fundamental.

In most musical systems worldwide the octave is recognized as essentially the “same note” as the fundamental. So as we continue we will “cancel out” the octaves, as we look at the relationship between the fundamental and the harmonic.

The very next interval, vibrating three times as fast as the fundamental (~195 Hz), is the fifth. This establishes the fifth as first and most primary relationship between two tones.

Notice how when played together the fifth has an unmistakable hollow, sound. Resonance, the close relationship that these two notes have, sounds like this. To me, it feels three-dimensional.

What is the Lydian Scale?

We are very used to seeing scales presented stepwise, but the notes of a scale can be arranged in any order, and any group of notes can be compacted as close as possible to stepwise to derive a scale. Here is the familiar C major scale, written stepwise, and then arranged by thirds:

Note even though the pitches may be displaced into different octaves, the pitches are the same in both arrangements.

Let’s see and hear what happens when we generate a seven-note scale using that magical, mystical interval of the fifth:

The Lydian Scale: Ladder of Fifths and Step-wise

This is the Lydian scale. It looks almost like a major scale—almost: the fourth degree of the scale is raised by a half step. We will see below that that small step makes a huge difference.

Earlier I compared George Russell to Albert Einstein, but comparing him to Sir Isaac Newton might be more accurate. Although for countless generations people had lived with and used the properties of gravity, it took Newton to truly identify and describe its laws and properties.

Similarly, Russell observed that each interval tends to resolve to one or the other of its two pitches, which can be described as the “tonic of the interval”. He calls the motion towards the tonic ingoing and the motion away from the tonic outgoing.

For example, listen to what happens with the fifth:

When we move from the root to the fifth, we are left with a suspended quality, waiting for something to happen.

When we move from the fifth to the root, we sense resolution, finality. Therefore the bottom note is the tonic of the fifth.

Let’s now listen to the Lydian scale in its ladder-of-fifths version:

Listen again, carefully. There is a distinctly different outgoing feeling as the scale moves up the ladder of fifths away from the Lydian tonic as opposed to the ingoing feeling as each fifth resolves towards the tonic. Even after we transpose the pitches to remain within the scope of an octave, mixing upwards and downwards movements in pitch, this perception remains:

The Lydian’s raised fourth degree (as compared to the major scale) changes the whole dynamic of the scale. Listen to this Lydian improvisation, where I am exploring the scale above a drone on the Lydian tonic and fifth. I’m going to make it easy on myself and choose F Lydian since it’s all white keys on the piano:

The inner structure of the ladder of fifths, always resolving to the Lydian tonic, causes the Lydian scale to have a floaty, directionless feeling. There is very little tension in the Lydian scale. Musically, it is quite literally going nowhere.

If we think of the Lydian scale as a ladder of fifths, and keep following this pattern, we generate the Circle of Fifths. The 12-note Lydian scale can therefore be seen as the scale form of the Circle. George Russell termed this the Lydian Chromatic Scale.

Since the Lydian scale generates a feeling of rest and resolve unparalleled by any other scale, George Russell sees it as the true center, unlike the major scale which we have all been taught as the musical starting point.

For Russell, the Lydian tonic is the ultimate center, the “Sun Absolute”, of the western chromatic universe. In Part 2 of this article, we will compare the Lydian and Major scales and see why this is.

In the meantime, try this keyboard experiment in F Lydian: drone on F and C with your left hand, and let your right hand freely play over the white keys. Alternately, you can record the drone and play along on any instrument. Discover for yourself the peaceful, restful nature of the Lydian scale by creating your own improvisations.