Home » Ear Training » Scales » The Lydian Scale: How a Minor Second Made a Major Difference

The Lydian Scale: How a Minor Second Made a Major Difference 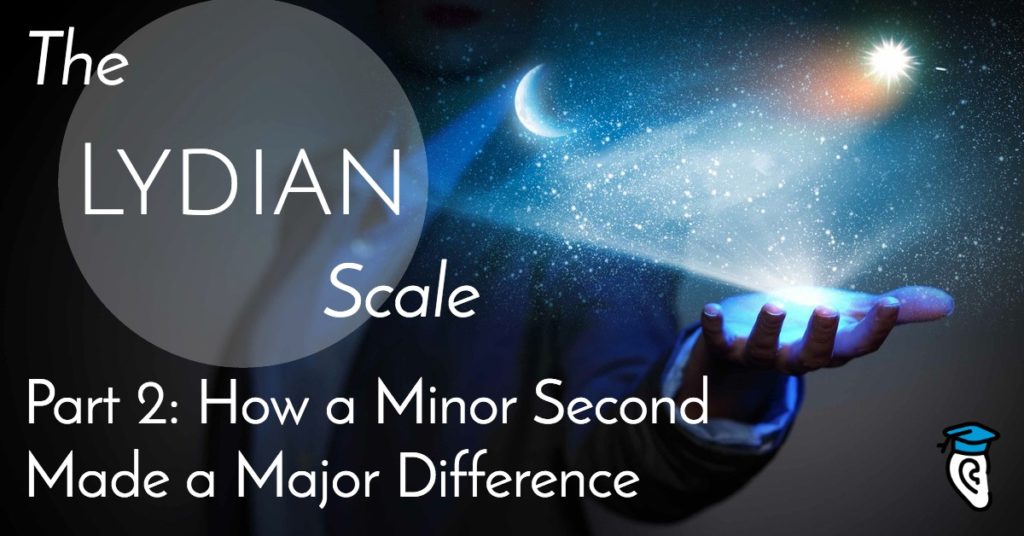 Do re mi fa so la ti do… The major scale, one of the first concepts anyone learns when studying western music. It seems to be the basis of everything! But of all the ways of arranging notes, why is the major scale so, well, major?

Last week we began to look into the Lydian scale, constructed from the natural tonal gravity of the circle of fifths. George Russell—the originator of the Lydian Chromatic Concept—places the Lydian scale as “Sun Absolute” in the center of the musical universe. What are the implications for music theory and for the venerable major scale?

Let’s compare the Lydian and major scales and we’ll find they answer these questions for themselves.

The Lydian scale is generated from a ladder of fifths:

The Ladder of Fifths and the Lydian Scale

Compared with the major scale, the fourth degree is raised:

One Half-Step Up to Space, One Down to Race

In The Lydian Scale: Seeking The Ultimate Mysteries of Music, we experienced the spaciness of the drifty Lydian scale. This experience will also give us greater insight into the essential nature of the major scale.

How does that one little raised fourth degree change the inner pushes and pulls of the scales? First of all, there will be a shift in how that fourth scale tone relates to the others. Let’s look at the intervals formed with each scale degree and the tonic of the scale.

In the last post, we learned that each interval has it’s own tonic—or in Lydian Chromatic Concept terms, it’s own tonal gravity field. For example, play a fifth upward and you are left with a suspended, unresolved feeling:

Play it downward and feel the resolution to the lower pitch:

The fourth (being an inversion of the fifth after all) behaves in the reverse:

Fourth Descending, Then Resolving Up

Go ahead and try this with other intervals. This in itself is a great ear training exercise and will help you to identify intervals more quickly.

Listen now as I play all the intervals in the Lydian scale melodically, each resolving to its own intervallic tonic.

A Disturbance in the Force

In Lydian Chromatic Concept terms, the Lydian Scale creates a unified vertical gravitational field—a ladder of fifths ever resolved to the tonic. Try improvising in the Lydian scale over a drone on the tonic and the fifth, and you will experience this for yourself. The Lydian scale wanders about and seems to go nowhere, in an eternal state of rest.

Just yesterday, I asked a new student what kind of music she dreamed of playing. She wanted to play relaxing massage music. I taught her to improvise with the Lydian scale and voilà instant spa!

Lowered the fourth degree of the placid Lydian scale and you disrupt this vertical bliss. The gravitational debate between the two tonal centers of the major scale, on the other hand, produces a state of restlessness, of forward motion. Russell calls this quality horizontal.

When we look to how these scales emerged in history, the deep contrast between vertical and horizontal tonal gravity becomes even more clear. 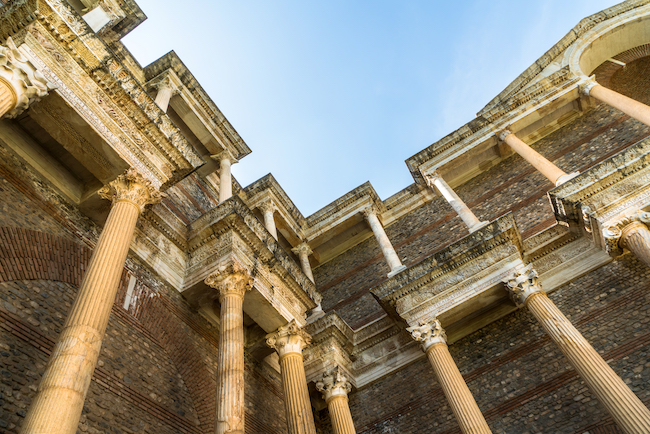 Vertical and Horizontal in Ancient Lydia

From Antiquity to Infinity: a Very Brief History of the Lydian and Major Scales

Throughout the span of history, scales have come and gone. The nature of these scales reflects the ideals of the cultures that express through them. What can the Lydian and major scales tell us about our past, present and future?

Our first hint comes from the names of the scales themselves. To start with, what’s so Lydian about the Lydian scale?

What’s in a Name?

Sometime in the Middle Ages, a music theorist studied the qualities of the musical modes of ancient Greece. Since he could not derive the notes themselves from the texts at hand, he applied the names of the Greek modes to the then-current church modes. 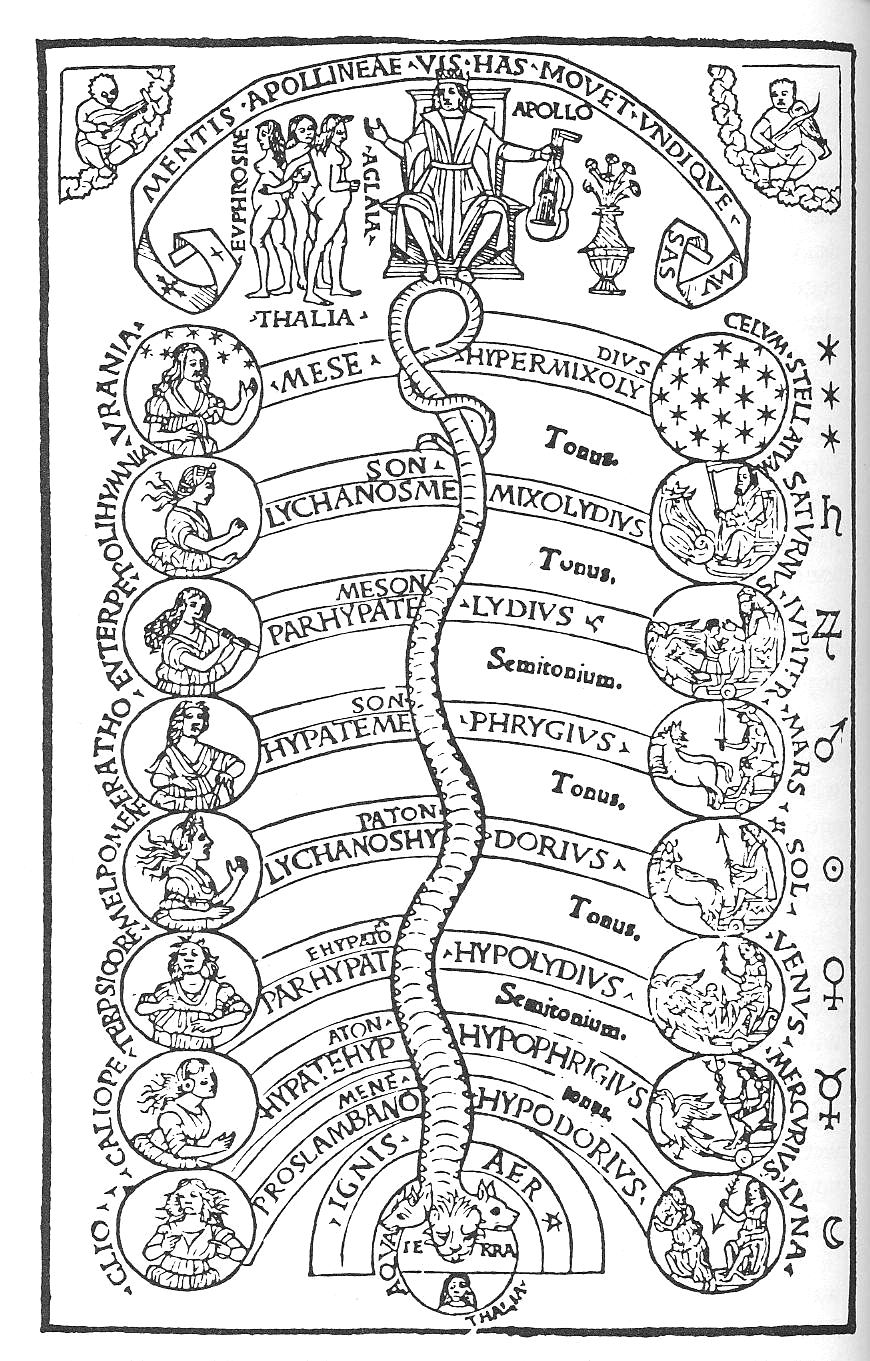 The ancient Lydians had given up their warlike ways and become a rather receptive, meditative, sensual people. Sounds like a good gig for my spa-music student!

The mode that we call the major scale took the Greek name of the Ionians—restless, scientific thinkers, aggressively exploring the natural world.

Yet it took hundreds of years more before the Ionian mode became “major”.

Most of the music that we still have from the European middle ages was written for church service. The framers of the Catholic mass—and the stained glass extravaganzas that echoed its lofty chants—strove to create an otherworldly, heavenly experience in a world that was often anything but heavenly.

When teaching medieval music in my music history classes, I have often observed students fast asleep on their desks with double-mocha lattes still clutched in their hands. Our bodies have become so accustomed to the dynamic motion of the horizontal scales that the more subtle tonal gravity of the old church modes produces an irresistible relaxation response.

Fast-forward to the Renaissance. European civilization is on the move. The first information age explodes with the advent of the printing press. Vastly improved shipping and navigation technology sends traders, conquerors, missionaries and adventurers around the globe. The once monolithic Catholic church competes with burgeoning Protestant denominations. Philosophers, artists, composers, inventors and scientists strive for the limits of human potential. 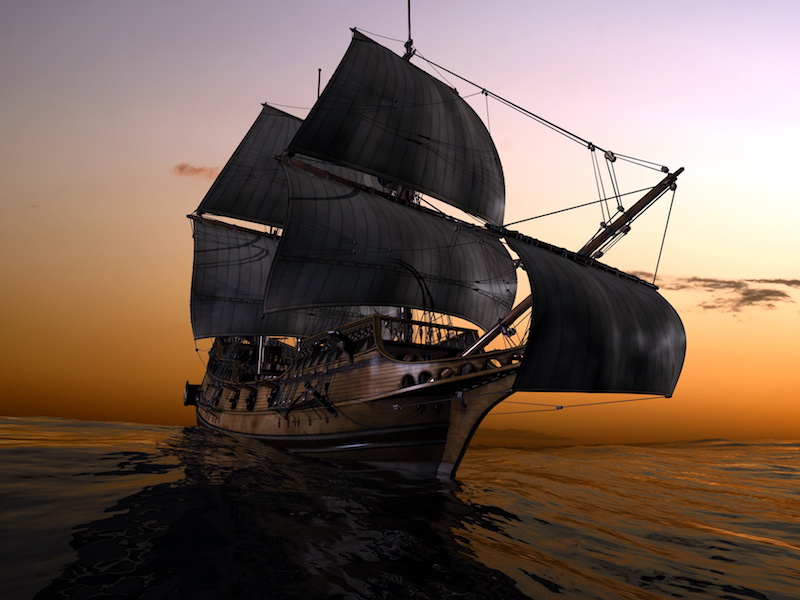 Restless? Forward motion? The major scale! By 1600, the major scale firmly established itself as the go-to musical expression of the age.

History has proven the major scale—and the associated melodic minor mode altered to behave in a more horizontal fashion—to be very durable. The restless expansion of humanity that began in the European Renaissance has become a global phenomenon, with no signs of letting up. Yet people still yearn for music that can express a full range of experience, whether that experience is actual or yet to manifest.

As world cultures have met and merged, musicians, listeners and scale geeks like me have gravitated to a plethora of non-major scales. Pentatonic, Dorian, whole-tone, diminished, and blues can all be readily found in today’s popular music—not to mention the insane scale libraries swimming in the heads of jazz and metal musicians. 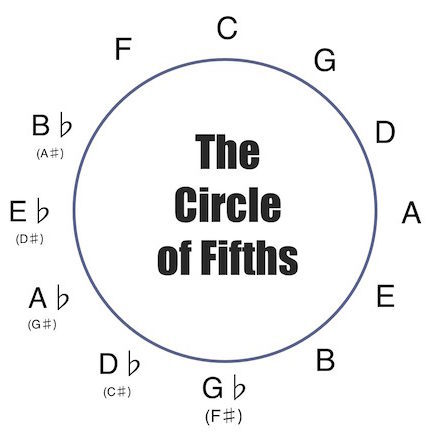 George Russell did not intend that his Lydian Chromatic Concept would push any scales out the door. Rather, he created an inclusive, unified field theory of tonality that puts each musical element in its precise place in relationship to the others. Indeed, he renamed the Circle of Fifths—which is merely another expression of the structure of the Lydian chromatic scale—as The Circle of Close to Distant Relationships.

Russell takes this theory far—way far. His opus includes a rhythmic gravity concept as well. But it all comes back to the Lydian scale. When we see that the Lydian scale, rather than the major scale, is the “zero point” of musical tonality, we free ourselves to better perceive and express the myriad facets of our experience.

And speaking of expression, try this: improvise, compose and generally mess around with the Lydian scale for a good long time. After relaxing in the Lydian spa, you’ll be amazed at what you hear when you step “outside”.