Open Your Ears to Free Rhythm 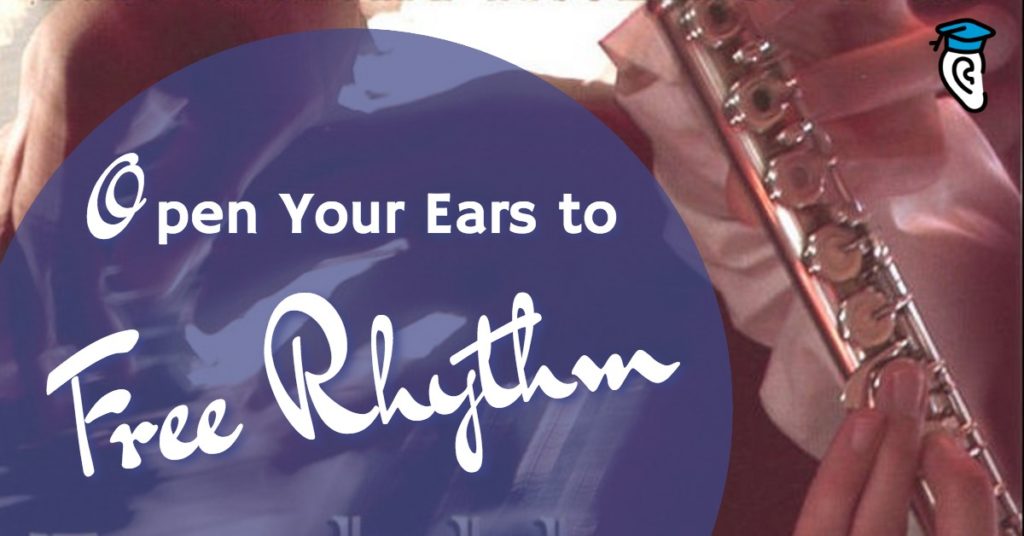 We all want to be free, right? But what is “freedom” in musical terms? The freedom that comes from playing by ear, or mastering an instrument? Free improvisation? Free rhythm? Freestyle? Free… downloads?

Perhaps it’s better to talk about multiple kinds of freedom. While often interchanged, each of these terms has a specific musical application:

So free improvisation and freestyle apply more to compositional techniques, while free rhythm boils down to a specific musical element.

Examples of free rhythm are few and far between in western popular and classical musical traditions, but extremely popular throughout Asia, the Middle East, Eastern Europe, and parts of Africa.

Let’s open our ears to a few of the infinite possibilities of free rhythm.

Think of your typical, laid-back bamboo flute tones wafting through the dappled sunlight of the forest. Time for the spa? An afternoon nap?

The Japanese Shakuhachi piece “Shika-no-tone” is anything but! Depicting the passionate call of the male deer for his mate, this rivals most electric guitar classics in testing the dynamic and timbral limits of the instrument—indeed, since its composition in the 18th century, “The Distant Call of the Deer” has become a sort of “graduation” piece for shakuhachi aspirants.

Like all Japanese classical music, every subtle nuance is meticulously pre-composed and passed down from master to student. Yet the performer must transcend this rigor to express a freedom as wild as the natural world it portrays.

While the rhythm does not fall into any pre-set meter, motivic structures are strong and deliberate. The piece begins with an insistent, repeated six-note cry. In this recording, performer Teruhisa Fukuda gradually introduces microtonal variations and ornaments to this cry, transposing to a higher pitch briefly at [1:50] before returning to resolve.

Notice throughout the crazy timbral and microtonal effects that Fukuda extracts from a simple piece of bamboo. At times, he places equal importance on the pure tones and the distortion-like wind sounds.

The next section leaps out at [2:30] with large interval jumps and high pitched vibratos, followed by a wandering descent and a return to leaping intervals. At [3:43], an anguished display of alternating low and high pitches is followed by a varied repeat of this section, and a resigned conclusion.

The bouzouki emerged from a long line of Turkish and Greek instruments in the early 1900s. Several modifications were made to the middle eastern precursors inspired by Italian mandolin construction, producing a dynamically powerful and extremely popular instrument.

The instrument may be recent, but the music is ancient. Throughout the world, a metered rhythmic section almost always follows the free rhythm introduction, but here virtuoso Giorgos Kouloglou spotlights the bouzouki’s wide range of expression through almost nine minutes of free rhythm exploration.

Like much free rhythm music, Kouloglou begins with a simpler motif, which he develops and expands. Slow moving keyboard pads accompany and provide a harmonic backdrop to his modal explorations. As is usually the case with free rhythm improvisation on plucked string instruments, the tremolos and shear shredding make up for the lack of sustain.

Free rhythm pieces present focused opportunities for the display of technique: notice how he introduces octave tremolos at [1:37], followed by a timbral exploration of muted strings. Kouloglou emerges from the eastern scalar movement into a more western harmonic universe with arpeggios at [3:01] followed by a brilliant passage of flamenco-style chords.

He frequently drives into the keyboard’s chord changes with insistent strokes on a single note, at [4:16] for example. Kouloglou continues this magical tour through his garden of delights—check out the almost atonal special effects above the tone hole after [6:00].

The ancient tradition of Indian improvised raga performance unfolds through a free-rhythm alap followed by a metrical gat, with ever-increasing rhythmic intensity. In this beautiful performance put together by the forward-thinking Raga Labs, five singers lead us through Raga Yaman with the ultimate of all Indian instruments—the human voice.

A warm drone on the tambura, which establishes the main tones of the raga and persists throughout the performance, first greets the ear. A zither sweeps through the aaroha and the avroha (ascending and descending scale tones), setting the stage for the singers.

The alap begins at [0:12] with a luscious long low note, beginning a slow exploration of the individual scale tones and their accompanying flourishes. The first singer slides into a resolution at [0:29] and we realize that these first 30 seconds have been all about the tension and release of moving from one tone to another.

The second singer then takes over and elaborating on the same movement, but moving down into the lowest pitches of the raga before resolving. At [0:56] the next group of three singers cycle into similar tension and release on higher pitches, with the flourishes gradually growing longer and more elaborate. The first two singers pick up on the subsequent descent [2:15] and float down to a lower pitch. At [2:34] all five singers join in unison, bringing the melody back to the Sa, the tonic. While previous segments may or may not be improvised, this last cadence is obviously pre-composed.

The metrical gat begins with the stroke of the tabla drum [2:44], and begins with a pre-composed song, followed by ever-more rhythmically active and virtuosic improvisations by the singers. 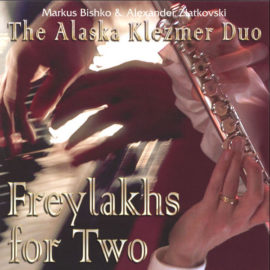 “Suite: The Sabbath Psalm”, which I recorded with The Alaska Klezmer Duo in 2003, represents a fusion of various eastern European Jewish musical traditions, including the Klezmer doina and liturgical cantorial styling. It begins with a free rhythm adaptation of a popular melody for the Sabbath psalm, “Tzaddik KaTamar” (“The Righteous, as a Palm Tree”).

The piano introduces with the closing cadence of the melody. Then the flute caresses the Tzaddik KaTamar theme in the low register, embellished by microtonal slides. Similar to the bouzouki example above, the piano provides a harmonic backdrop, sometimes sustaining long chords and sometimes moving through cadences at a more rapid harmonic rhythm.

The melody resolves and the piano echoes [0:34]. Rapid arpeggios [0:49] move into a middle register with a long note and a slide drop-off, followed by unaccompanied expanded and embellished ornamentation on the theme. Following a return to the low register, the piano and flute rise in unison with the notes A, C, D—firmly establishing a Dorian mode.

Repeating and extending motifs lead into new harmonic areas and passionate high pitched wailing over frantic piano tremolos. A rapid scale passage, reminiscent of the zither intro to the raga, occurs at [2:20], breaking the tension and allowing the melody to float back into a minor key, concluding with an airy, shakuhachi-like glissando at [2:42].

The suite continues with a medley of metered Klezmer dance tunes of increasing tempos. Even though the music is metered, the melodic rhythm continues to be very loose and “free”, especially in the first “Gasn Nign”.

Once you open your ears to free rhythm, the possibilities are mind-blowing! Are you inspired by these passionate performances? Try this: take away the safety net of metered rhythm and fixed chord changes – and let your spirit soar on wings of searing melody!