Finding the Tonic in Major Keys 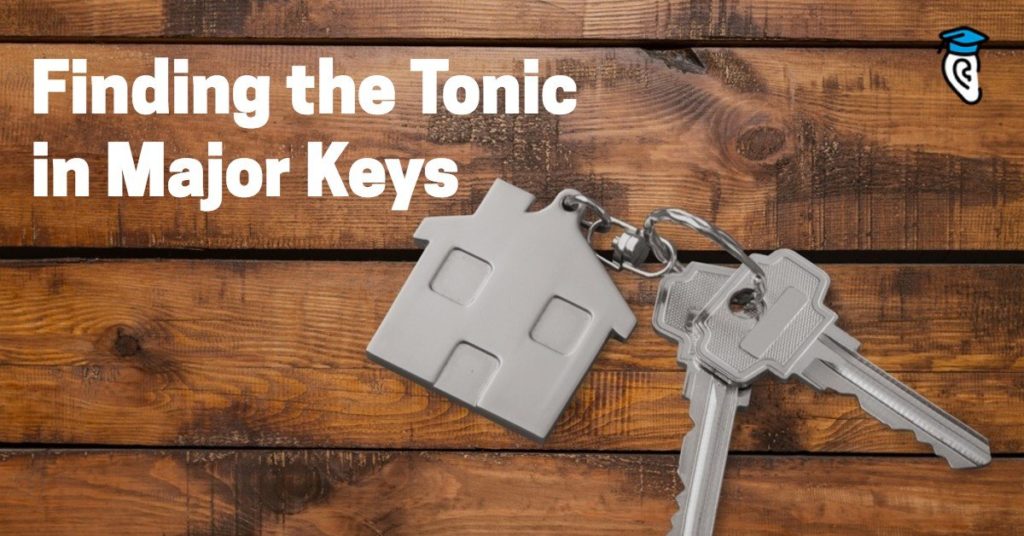 If you’re reading this article, it means music is more to you than a succession of pleasant sounds. You want to find out how it’s organized and how you can get to know this musical math. The first step is to educate your ears. The ears are part of your musical instrument and you can help them with your voice.

From passionate amateurs to professional musicians, finding the tonic is the key to playing or singing in tune. Whenever you cannot understand what’s going on in a song (a secondary voice you can’t hear, a harmonic progression you don’t understand) going back to the tonic helps you find the right pitch and understand the context of whatever element you are trying to grasp.

For singers, knowing the key of a song helps to avoid notes that are beyond their vocal range. Singers often choose to change key for that reason.

In addition, knowing the tonic helps you to:

You already know that there are major keys and minor keys, that we often use chords, and that the first note of a scale is called the tonic and the seventh note is the leading tone.

If not, please read the Starting Solfa series before proceeding because we are going to use the concepts of major and minor keys, chords and triads, solfa names, and rhythms.

How to Find the tonic

We often hear about the importance of finding the tonic of a song. The reasons are clear enough: it’s the pitch that helps you to understand the melodic construction, the form of a song and the harmony. It’s like “North” on a compass: the one thing you know for sure.

Listen to the following two examples. Imagine that you are the composer. Which example sounds like a complete melody?

Our mind needs the closure at the end of a song or a musical section. Without it, we are left with a weird, unfinished sensation.

One night little Mozart ended his practice session like this: 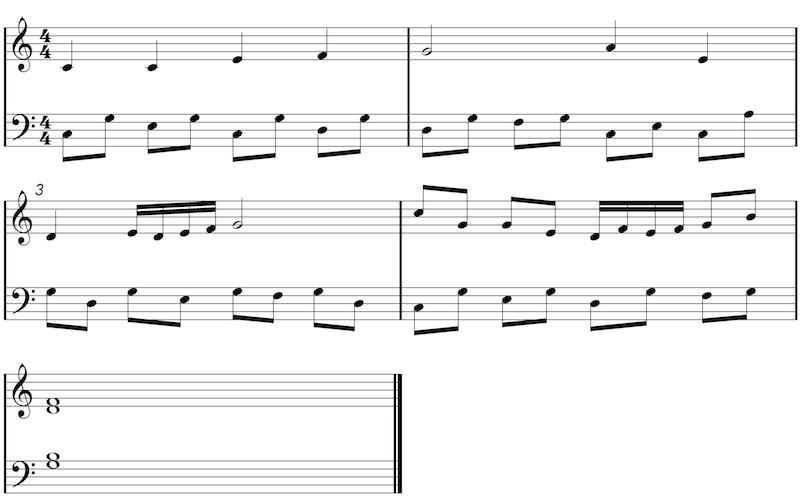 His father, Leopold Mozart (a famous muscian in his own right), was trying to sleep, but his mind was not at peace with the last chord ringing in his ears. So he rose up to put an end to his discomfort, ending his son’s practice session like this: 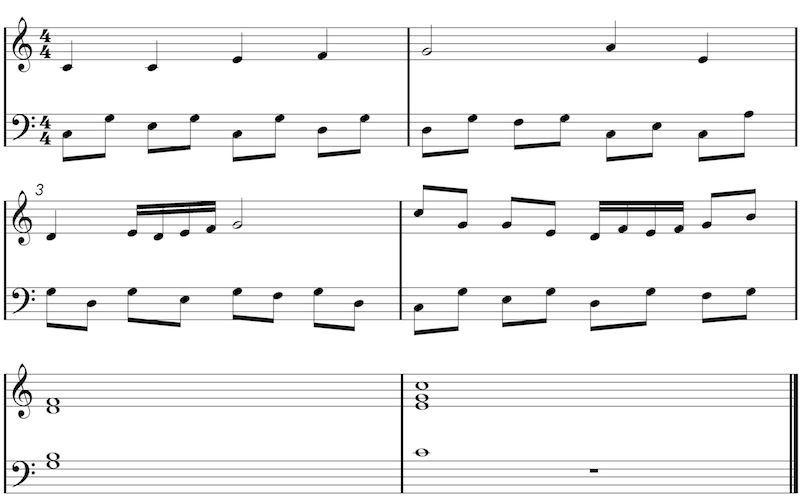 What you heard is a clear V–I harmonic progression, widely used in music all over the world. This is called a cadence.

After hearing this last chord, built on the tonic, we (and Mozart’s father) can finally rest.

Listen to the next example and try to identify the most stable pitch:

It’s a four-bar example, in the key of C Major. We can find the tonic at the beginning of the melody, but also at the end of it.

A common practice is to extract the scale of the melody. When no other pitch seems to stand out with the stability of the tonic, take the last note and arrange the other notes after it in ascending order.

Here is the score of what you just heard:

Arranging the notes as explained above, we come to this:

The first step is the tonic. The seventh step, known as the leading tone, is a half step below the tonic: it actually sounds like it’s leading you to the tonic. In fact, you can hear the leading tone followed by the tonic in a large percentage of tonal melodies.

It’s easy to see the tonic in the score but let’s see now if you can identify the tonic without the written music. When you feel the stability, just say “do”. We will identify the sound of the tonic with “do”. For more about this “solfa” system of naming notes, see our Starting Solfa series.

Now try to find the notes you just heard on your instrument.

You will notice that not all the natural notes work. There is one which tells you that you are no longer in C Major. What is the key of this melody? (Tip: Identify the last note).

Write down the notes you heard, starting with the last one. If your scale looks like this, you got it right:

Try this process again, using the next example.

What did you notice? Only white keys (naturals, no accidentals) as in our first example?

This is the actual score of the fragment.

When you extract the music scale, you will not find any D. A missing element does not compromise the validity of the tonic.

We can suppose it’s present, maybe in the harmony or maybe in the next phrase of the melody. Even with this note missing, some things are clear: this is a major key and it ends on F. So it’s F Major.

Finding the Tonic By Ear: Recap

Here are the important points we have covered so far:

You now know about the tonic and its important role in determining the key we hear in a song. Use the examples above to practice recognising the tonic by ear. Stay tuned for next time, when we’ll practice finding the tonic in real music recordings and discuss some challenges you may encounter when trying to find the tonic.