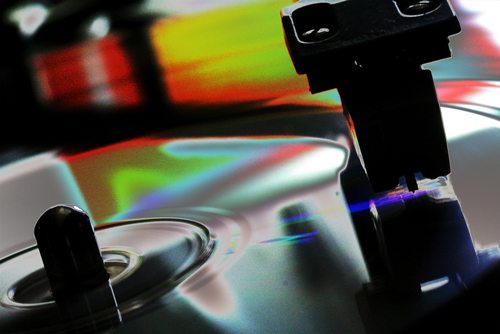 You don’t need a fancy Hi-Fi system to have fun ear training, but good sound reproduction can inspire your creativity, reveal unheard detail in a familiar recording and is less tiring for extended listening sessions. In this series of articles I will be providing some hints and tips on how to get the best listening experience at home and on the move.

You may wonder why I need to write this article; after all there’s a huge amount of information available on the web. Unfortunately few subjects provoke as much ill-informed, unscientific nonsense as home audio. Audiophile magazines are full of reviews claiming a £1000 speaker cable makes music more “emotional” or advising you to spend £500 on a mains lead for your amplifier. I hope to share with you lessons I’ve learned with my own ears in my years as a broadcast engineer and musician to get maximum enjoyment out of your music – without breaking the bank, or blinding you with science.

In the first article of this series I’m going to talk about playback sources. Playback sources come in a variety of shapes and sizes from CD players, to iPods, to laptops and they are key to getting great sound.

I like to think of audio as like a truck full of wine glasses or eggs rolling down the highway (bear with me here).If the first part of the road is full of pot holes and the cargo gets smashed it makes no difference that the rest of the road is silky smooth.

In the same way a cheap tape recorder will still sound terrible though thousands of pounds worth of amplifier and speakers. Taking some time to choose the right source can pay big dividends in sound quality. 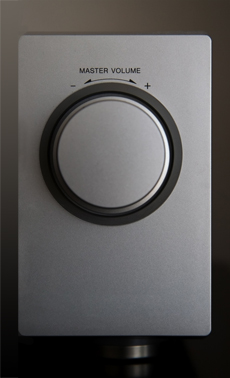 In the novel Good Omens Neil Gaiman describes a Hi-Fi so expensive it only has a volume dial and nothing else. A great reminder that many a true word is spoken in jest.

Many Hi-Fi Systems, PCs and MP3 players come with numerous gimmicky processing tools with fancy names like “SRS WOW”, “Mega Bass” or “Virtual Surround”. The effect of these features is usually either a muffled, boomy mess or an indistinct wash.

To get the clearest and most honest reproduction make sure you disable these features and set any equalizer presets to ‘flat’ or ‘clear’. That way you will hear the track as the producer intended.

In the modern world CD players might seem outdated, but they remain a fantastic source of high quality sound. Inexpensive separate CD players sound great and very good results can be obtained from the mini systems offered by the likes of Teac and Denon. Even budget CD players generally sound a fair bit better than CDs played from DVD players, or games consoles – though the Playstation 3 is quite impressive in this regard.

The Wheels Of Steel Keep On Rolling

I’m going to try and steer clear of the great “Vinyl vs. Digital” debate – other than to say that a well set-up turntable can sound excellent, but unless you are a vinyl junky there are easier and cheaper ways to get top quality sound. 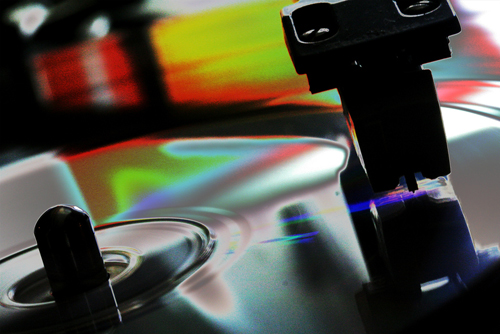 A commonly held belief is that people prefer the sound of vinyl because of the warm sounding distortion introduced to the signal. This may be true, but I have an alternative explanation:

Many of the classic albums remastered in the early days of the CD were done in a hurry by people who still didn’t really understand the format. I was staggered when comparing Led Zeppelin IV to discover how much better the vinyl sounded than an early issue CD! For modern reissues the dynamic compression added to compete in the loudness war often results in a remaster lacking in dynamics compared to the original.

Comparing an original with a remaster is a great listening exercise if you are interested in audio production and mastering. The recent Queen “Greatest Hits” package is a good starting point.

Perk Up Your PC

An increasing number of people (myself included) do most of their listening on a PC. Unfortunately the built-in soundcards in most machines are very poor quality indeed. I have spent time with laptops and desktops made by Dell, HP, Acer, Fujitsu and Toshiba, and even on high end and “multimedia” machines the sound is unacceptably noisy and prone to distort when turned up. (As you might expect Macs buck this trend and have fairly decent sound.)

Luckily all is not lost; a wide range of add on sound cards are available. Adding an inexpensive USB sound card to your PC will give you a huge boost in sound quality. Even for an untrained listener the difference can be night and day.

iPods are wonderful things. Even 15 years ago the idea of carrying 10,000 songs in your pocket would seem fanciful. Now it’s hard to find a phone that doesn’t double as an MP3 player. The sound quality of the iPod and other premium MP3 players are generally good (certainly better than the average PC), but some music phones can be somewhat underwhelming. If you are looking for a music phone make sure to check that it has a standard headphone socket as without one you will find yourself juggling easily-lost adapters.

Music on an iPod or music phone is usually compressed to reduce the file size. Compression types and rates are a hotly debated topic, but if you are listening on the move I don’t think it’s something you have to worry about; earbud headphones and a noisy environment will do far more harm to your listening experience than moderate compression!

If you plan to primarily use your iPod in a dock as a hi-fi, seriously consider buying a network player instead. The sound quality will be much better and you will have access to all the music on your PC without having to synchronise with iTunes or another application.

The Network IS The Music

If you have a nice hi-fi in the lounge but your PC is in the study, a network player might be the answer. Network players let you stream your music from your PC over a wireless network. Most of them are pretty easy to set up (I’m a big fan of the Logitech Squeezebox). 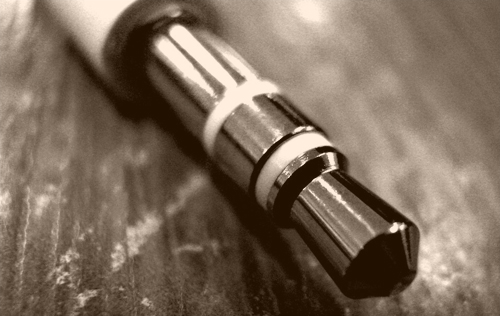 The strength of the signal used between playback devices and amplifiers is called line level. Driving at line level preserves the signal quality and reduces unwanted noise. CD players usually lack a volume control and will always drive at line level, but many playback devices like laptops and MP3 players allow you to set the output level. As a rule always set the output level of the source to the maximum and control the volume at the amplifier.

You might worry that an MP3 player will distort when set to maximum volume, but in Europe most good quality players are artificially limited (to comply with EU legislation) well before they run out of drive.

That’s all for now on playback sources. I hope it has provided you with some useful pointers. Next time we will be talking about how to get the best out of your speakers.