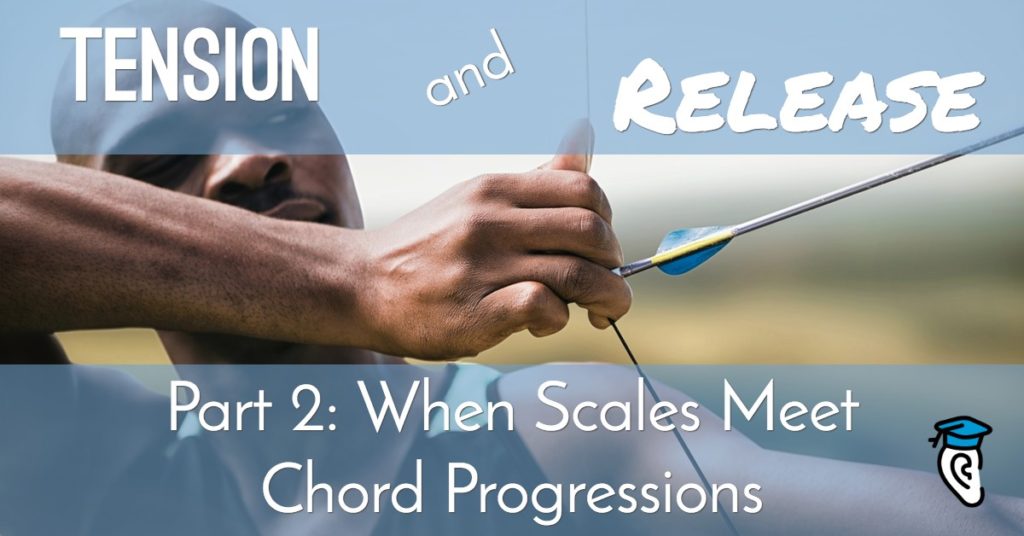 Melody moves through its harmonic surroundings creating varying degrees of tension and release. As we train our ears to perceive tension and release, we gain deeper appreciation as we listen to music and greater mastery in composing, improvising, and playing by ear.

Last time we played varying tones of a major scale (scale degrees) over a single unmoving chord. We listened to how each note sounded against the chord and discovered how the notes in the chord (chord tones) sounded stronger or more at home than the other scale tones.

Now we will move past single chords and listen to how each scale degree sounds when we move from one chord to another in a chord progression. This is a very important exercise. You will repeat each scale tone over each chord in the progression before moving on to repeat the exercise with the next scale tone.

How to Maximize Your Experience

Even though the audio examples are supplied with this article, it is extremely important that you play them yourself. Here are two ways to do this:

Listen to how each scale tone will go from either a tension tone to chord tone or the reverse depending on the chord it is played over. Context is important, and as you play through the examples you will realise how one note will sound great with one chord then sound completely different against the next. Not only is it a very interesting exercise but it will train your ear to want the resolution.

When playing through each example, simply hear the note as it is. Try not to resolve it if it needs to. Just let it go. Take in the quality of tension or release that you experience, and fix it in your budding aural memory banks.

Note: in the following examples, we will be referring to tones relative to the root of the chord. This is what the terms like root, third, fifth (chord tones), and fourth and sixth refer to. If you are hazy on these terms, check out Learn to Play by Ear Using Chord Tones.

In these examples, we will listen to the steps of a C major scale one at a time as the chord progression moves under them. We have chosen the I-V-vi-IV progression, which is one of the most popular chord progressions of all time.

Following each audio example, you will find the notation and a list of how the scale degree relates to each chord. As you work through these exercises yourself, you will begin to hear those specific relationships and be able to use them in your listening, music creation, and playing music by ear.

For example, sometimes the scale note combines with the chord triad to create a seventh chord. In those cases, you will notice a lessening of tension, since the sevenths are very common chord extensions in our musical system.

Let’s begin with the root of the C major scale. The C note works well over most chords in this progression. It is a chord tone over all the chords except the G. You should hear tension on this chord.

D is the 2nd note of the scale. It should create some tension on all chords except the G.

The next set of examples plays the scale tone followed by the release, in this case the closest chord tone. If the note is already a chord tone it is then played again. As you can see in some examples there are options. The resolution can either go up or down. This exercise can obviously be exhausted to try endless possibilities.

Now let’s look at some melody ideas. I have kept the same rhythmic theme throughout most of it. But you’ll hear how this concept can really help create melodies. 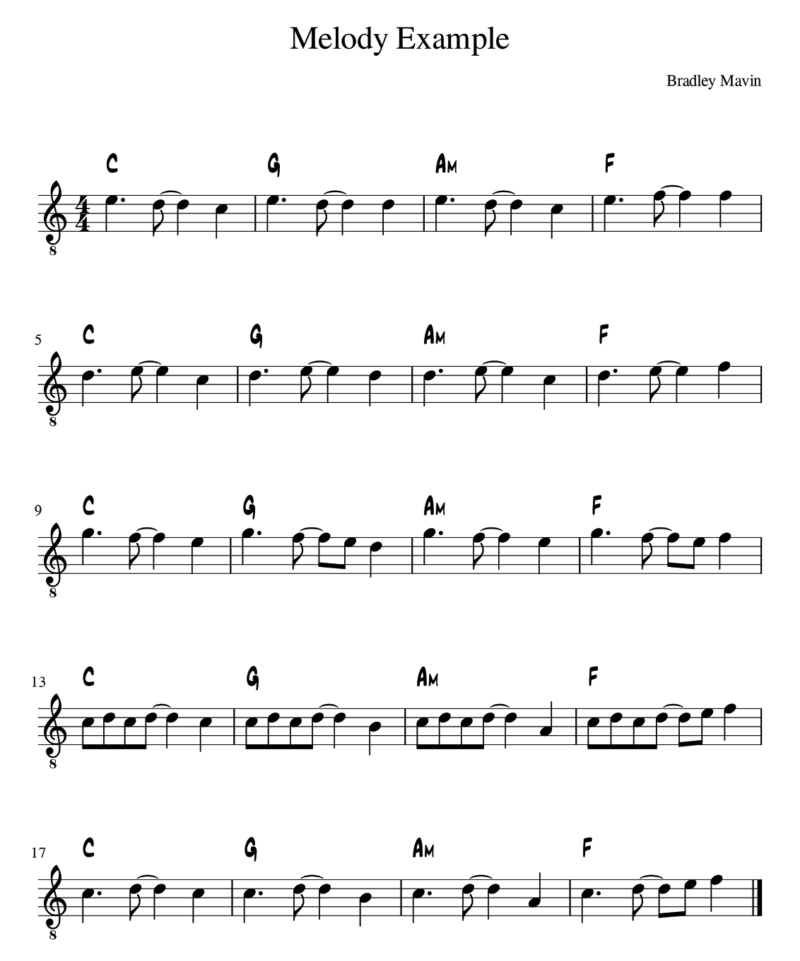 Here’s a backing track that you can use to try out your own tension and release.

At first, follow my lead and try to create a consistent rhythmic theme throughout the four bars. Change octaves to add variation. You can repeat the four bars and change the last bar to create an eight bar passage. It is absolutely limitless! Have fun experimenting and expanding your ears.

Now that you’ve run through these exercises, invent your own with different scales and chord progressions. As you play with these exercises, you will soon see the musical benefits. The qualities of tension and release in music will be real, tangible and nameable—ready at your command to create the music you really want to create!