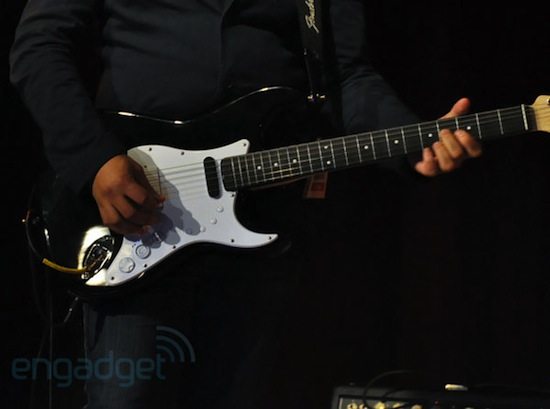 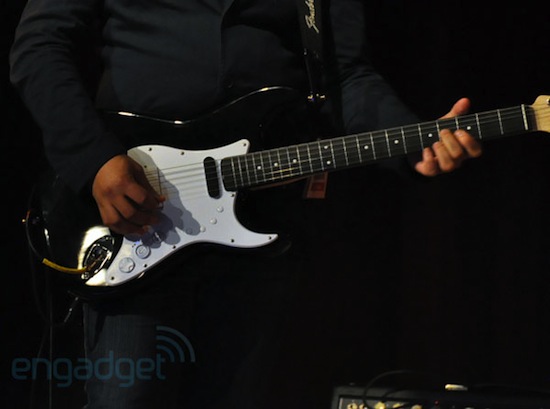 I’m a big believer in using music video games to learn actual musical skills, whether it’s improving your rhythm and group play with Wii Music, using music games on your phone or improving your singing with Rock Band, like Sabrina wrote about this week. But the power of video games to improve your musicianship just took a big leap forwards as Rock Band creators Harmonix, and guitar design legends Fender announced a real, playable guitar as a controller for the upcoming Rock Band 3 game.

The Squier Stratocaster Pro controller was just announced at the E3 conference in Los Angeles, and while it may look a lot like a standard Fender Squier electric guitar, it has an extra trick up its sleeve – not only can you plug it into an amp and wail away to your heart’s content, you can plug it into your console, load up Rock Band, and improve your skills with the game… Or is it the other way round? Hard to tell if this is a guitar which doubles as a controller, or a controller which has been extended into an instrument, but what we do know is that this is a genuine Fender, full-size, six-string, guitar complete with quarter-inch jack – far from a toy, this looks like something you could bring to band practice or a games night and not feel out of place. Check out these gameplay screenshots showing all six strings in play, and power chords streaming down the screen: 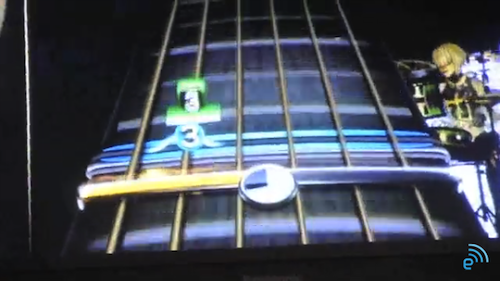 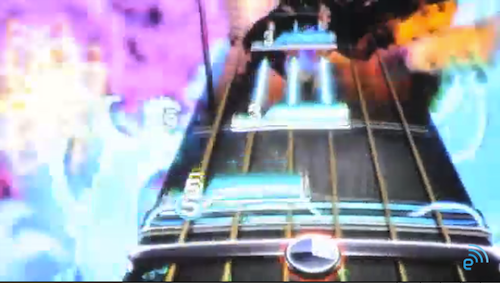 “This groundbreaking partnership with Fender ushers in a new era in rhythm gaming, providing countless music fans their first opportunity to enter the world of real musicianship. The Rock Band 3 Squier Stratocaster will allow players to enjoy the addictive fun of the rhythm gaming with Rock Band while simultaneously developing skills on a real musical instrument, helping to close the gap between simulation and reality.”

Not only does the guitar do double duty, it can do both simultaneously – Play Rock Band while plugged into your amp stack, and hear the real guitar’s sound as you jam along. Much easier on the ear! Check it out the gameplay footage in this video from Engadget (heads up – some swearing used for emphasis):

It’s not the first game controller based on a real guitar to be announced (e.g. check out the Power Gig controller and the OpenChord project) but it is the first to come with official blessing from Harmonix (and a big name like Fender to boot!) which can only mean good things for the future of music playalong games.

I can almost hear the teenagers around the world starting to talk their parents into buying Rock Band 3 – y’know, for their music education! That’s certainly a much more compelling argument now, and there can be no doubt this is a step forwards for guitar players looking to improve their ears and their playing in a fun way. The next generation of bands, trained on video games rather than traditional instruction is going to be a sound to behold!

There’ll be more information in the coming months, but one thing’s for sure – ear training with Rock Band just got a lot more exciting!