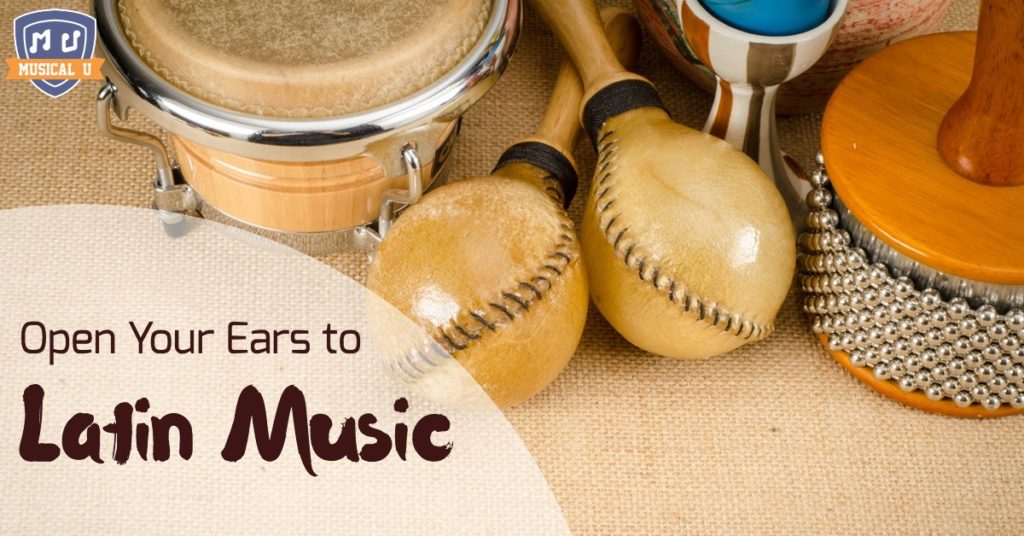 Listening to Latin Music is a whole body experience. With a complicated rhythm that makes your body want to dance, a rainbow of beautiful traditional instruments, and a rich history that envelopes half the globe, Latin music encompasses all that is vibrant and alive.

The sensual rhythms of the rumba, the dizzyingly fast Dominican merengue, and the world-famous salsa dance have all influenced contemporary music, making significant impacts on pop, jazz, and hip hop.

The term “Latin Music” typically refers to a wide gamut of musical styles that originated in Portuguese and Spanish-speaking areas of North and South America and West Africa. Though you may typically think of music from South and Central America like salsa, merengue, samba, and bossa nova, traditional Latin roots styles have sprung up in many areas of the United States, and today Latin music can be heard on every continent.

Each region has its own popular traditional musical style. For example, the fast-paced merengue originated in the Dominican Republic before traveling to the rest of the Americas, and eventually the world. Argentina’s tango was highly influenced by European immigrants, and Brazil is the land of the samba, with roots found in the Congo and Angola. When you dance a Latin American dance, you are dancing its history.

While grouping such a varied list of musical styles may seem formidable, there are a few key elements that you will find many of these styles have in common. A great many of these dances imported musical elements from overseas (i.e. Europe and Africa), sometimes through colonization, voluntary migration, and forced migration (the slave trade).

Because much of Latin American rhythm is derived from African immigrants, who brought ancient percussive traditions, the Latin rhythms are typically syncopated and complex. Some musical styles like the tango have a more familiar Western feel to them because of their European origins, but salsa, merengue, samba, and other styles have definite influence from West African music.

These African rhythms have grown and mutated in the Americas. In many popular styles, they have become a little simpler and more direct. But other styles, such as the Cuban rumba, retain the subtlety and complexity of their traditional African forebears:

In the 20th century, in turn, these Latin rhythms traveled back over the Atlantic and exerted their muscular influence on many 20th and 21st-century African pop styles. With their wide range of influences and their combinations of polyrhythms and syncopation, the rhythms of Latin American music are intricate and energetic.

Below are several common Latin rhythms that you may encounter. These might be played by the percussion instruments or rhythm section.

Let’s try some rhythm ear training practice. As you listen:

Guess which instrument you are listening to: 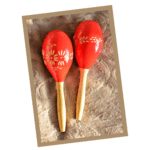 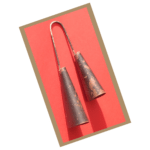 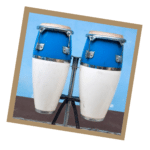 The music of Latin America is most typically in Spanish or Portuguese, but you will find that lyrics may be in other languages like English or dialects of the Caribbean and the African continent.

The subject matter of many popular Latin dance tunes revolves around the relationship between man and woman, amor, often with very romantic words from singer to beloved. Other songs value national traditions, politics, and dance.

Mexican-American Singer Linda Ronstadt Sings “Por Un Amor” with a Mariachi Band, lamenting the passion that is breaking her heart:

There are numerous traditional Latin American musical styles, much like a tree with dozens upon dozens of intricate branches. Below are some of the more popular styles of Latin music, although this is just a very brief taste of a savory feast of sound.

The samba is a musical style popularized during Brazil’s Carnival celebration. With an energetic rhythm that makes the body want to dance and enjoy life, the samba includes a wide array of traditional instruments like the berimbau (an African string instrument), the atabaque (an Afro-Brazilian drum), and the pandeiro (a tambourine-like frame drum).

Mariachi was cultivated from indigenous music, the music of Spain, and the later influence of European dances like the waltz. Instrumentation often includes brass instruments and strings. Mariachi can now be found throughout the Western Hemisphere, notably in the southern United States.

Salsa music can be heard throughout the Caribbean, although it is most associated with Afro-Cuban music that spread throughout the Western Hemisphere, from New York City to Argentina. Integrating many traditional percussion instruments – like congas, bongos, claves, and the agogo bells – together with jazzy horn sections, piano, and bass salsa music is a lively musical tradition full of exciting syncopated rhythm.

A combination of Argentinian folk music and European traditions, the tango is often categorized as a sensual dance between two parties, full of emotional give-and-take. The tango has found itself woven into popular culture as almost a comedic extension of itself, with the iconic dance finding its way into TV and films like “The Addams Family”.

I hope that you have enjoyed this journey through Latin American music. Though we just covered a lot of ground in terms of the myriad of Latin music styles, there are more yet for your ears to discover!

Take the time to listen to the traditional Latin styles, whether by listening to albums by classic artists like Celia Cruz or Vicente Fernandez, or even better, take the time to travel to Latin America (or a Hispanic neighbourhood near you) and experience the dance and culture firsthand. Pick up some salsa or tango sheet music today and explore the wide world of Latin music.