4 Musicians Reveal What They Wish They Knew When They Started 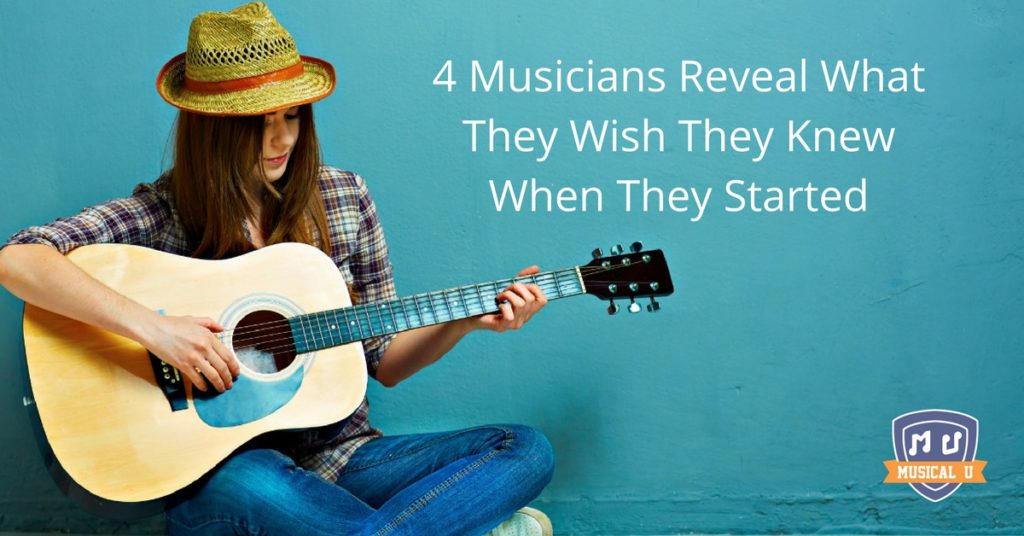 Famous musicians didn’t get where they are overnight. Before they had the fame, screaming fans, and never-ending stream of paparazzi, they also had their fair share of struggles.

The difference is that they managed to survive and go big. Whether by luck, skill, hard work, or a combination of them all, famous musicians made a name for themselves — and continue to do so — because they never forgot the lessons they learned on the way to the top.

Take a look at what these four female music artists have to say to their younger selves about fame and success.

1. Megan Nicole: “To succeed, you have to work hard and take risks.”

Like many superstars, Megan Nicole got discovered on YouTube. The 23-year-old started covering songs by Bruno Mars, Miley Cyrus, Justin Bieber, Katy Perry, Selena Gomez, and many others in 2009 before debuting her first original single “B-e-a-utiful” in 2011.

Five years later, Nicole has a few pearls of wisdom to share about music: “Being successful comes through hard work; but even then, you never know exactly what will take off, so you have to keep trying.”

At 26 years old, Joanna Noëlle Blagden “JoJo” Levesque has come a long way. Releasing hits like “Leave (Get Out),” “Anything,” and “Too Little, Too Late” in the early 2000s, JoJo eventually took a decade-long break between her second and third albums due to legal issues.

Luckily, she’s since overcome that bump in the road and is now wiser for it. In an interview with iHeartRadio in New York City, JoJo had this to say about, and to, her younger self: “I don’t think my 15-year-old self would have taken any advice because I thought I was a hot ticket… But what I would say is ‘Girl, just hold on. It’s going to be an interesting ride; you’re not going to die, you’re going to make it through.”

3. Taylor Swift: “Prepare for the ugly side of fame.”

Who doesn’t know Taylor Swift? With her unforgettable songs that cover every topic on the breakup spectrum — from pining over lost love to moving on from the heartbreak — Swift has established herself as one of the most successful country/pop artists today.

Naturally, she’s also one of the most controversial. Aside from her music, her love life also gets a lot of attention, which lends an extra layer of meaning to her answer to Vogue’s famous “73 Questions” segment.

When asked “What’s the one thing you wish you knew at 19?,” Swift replied: “If I could talk to my 19-year-old self, I’d just say, ‘Hey, you know you’re gonna date just like a normal 20-something should be allowed to, but you’re gonna be a national lightning rod for slut-shaming.'”

Swift’s thoughts are heavy and don’t necessarily apply to everyone. However, there’s something simpler we can take from her: success comes with a lot of criticism. Don’t let the cutting remarks or disapproval of others stop you from creating or being yourself.

To say that J. Lo has achieved plenty would be an understatement. Since she broke into the music scene in 1999, she’s been making waves as a singer, dancer, producer, actress, fashion designer, and author. She was also named one of Forbes’ Most Powerful Women in the World in 2012 and has garnered many other accolades like the Billboard Icon Award and a star on the Hollywood Walk of Fame.

Despite all these, J. Lo manages to keep herself down-to-earth. Heart 96-107 quotes her as saying to her teenage self: “Keep your feet on the ground, don’t forget who you are, and love yourself — appreciate yourself.”

Success in music takes more than skill, practice, and luck. As these 4 musicians show, attitude counts for plenty, too. Work hard, keep at it, and stay true to yourself and your values no matter what happens.

Have you benefitted from words of wisdom from other famous musicians?
Share them with us in the comments!