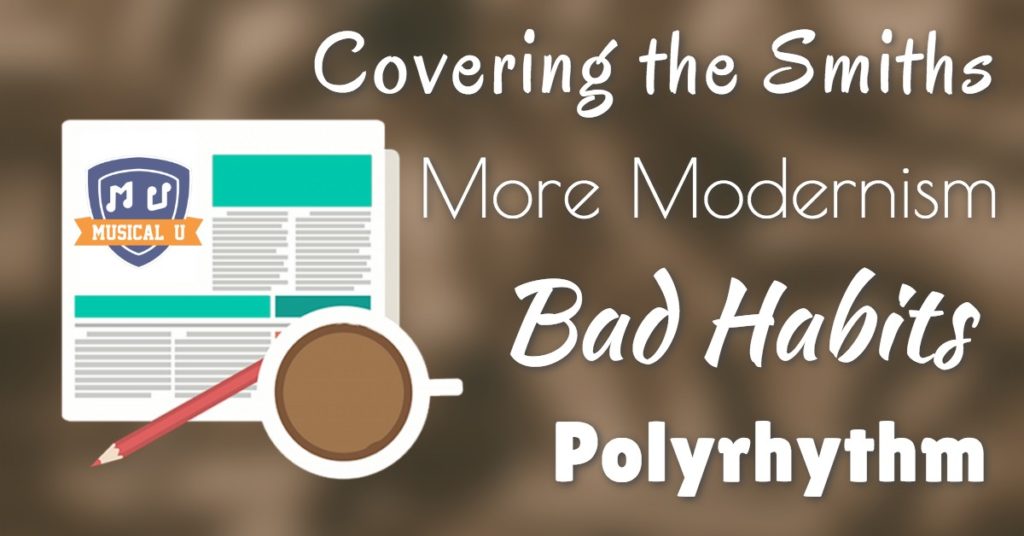 Normally we are quite happy to talk about building, developing and growing. But this week in Musical U we looked at the other side of the coin:

Guest expert Brian Jump details the bad habits that destroy musical mastery (and how to overcome them). Teeth and Tongue cover a happy Smiths song about being destroyed by a ten-ton truck. And polyrhythms destroy the simple metric certainty of western music.

But first, let us witness first hand how an early 20th-century composer set out to methodically destroy the tonal system. 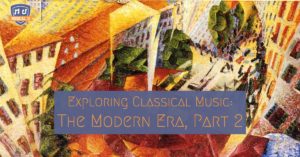 To be more accurate, Arnold Schoenberg chose atonality and his twelve-tone system to destroy the limitations of the centuries-old tonal system of major and minor scales with their associated harmonies.

Other composers, such as Debussy, were already drifting away from this system. (Read about Debussy in Exploring Classical Music: The Modern Era, Part 1.) Schoenberg wanted to decisively “emancipate the dissonance” – destroy the rules of tonality so that all tones and combinations of tones could be expressed in music.

Thus he led the way for all the astonishing 20th-century explorations of sound – even down to today’s electronica and dubstep.

Listen to Schoenberg and the other revolutionary Modernist composers while Exploring Classical Music: The Modern Era, Part 2.

Using motives was a standard practice during the modern era of music. But what is a motive and how can you use them? Compose Create has a great article explaining how you can go about writing your own motives to build a melody.

The modern era didn’t just explore different and new tonalities, but composers were free to experiment with new orchestrations. This gave the music a radically different sound as the composer used new textures. Evenant breaks down orchestration into 4 easy to remember layers that will help you start orchestrating yourself!

Finally, the modern era used a vast array of different dynamics to make the music more interesting and expressive. Liberty Park Music shows you how to use dynamics within your own practice each and every day. 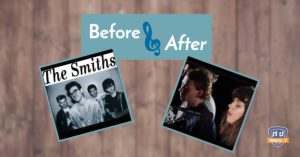 Despite the self-destructive lyrics, the Smiths classic “There Is A Light That Never Goes Out” endures after 30+ years. Australia’s Teeth and Tongue give “Light” a new twist in Before and After: Covering the Smiths. In comparing the cover to the original, we can glean a fascinating lesson in the transformative power of remixing musical elements.

So much can be done with a simple chord progression through the power of orchestration. This amazing video from Alex Moukala shows how one idea can be transformed into a majestic and inspiring piece of music. A bit long, but the first couple of minutes will blow your mind!

Cover songs are a great way for musicians to practice their arranging skills. Learning this way will make it much easier when you’re ready to arrange your own compositions. Check out this article by Rich Soni on arranging and learning cover songs.

Transposition – moving the song into another key – is a skill that is regularly required when doing cover songs. Learn to Play Music Blog has an introduction to transposition that will help you make music easier to play and sing without compromising on quality. 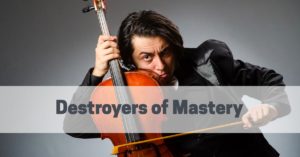 Forget the warm fuzzies: guest expert Brian Jump goes ninja in his mission to destroy lazy habits of preparing music for performance. Get ready to be brutally honest about what’s holding you back from your own awesomeness and attack these bad habits one by one. You will amaze yourself with the results when you destroy your own Destroyers of Mastery.

Memorizing makes the music part of yourself and greatly enhances your performance. Brian laid out a tried-and-true process for memorization. And Paul Nazarro Piano Studios published these 6 tips for music memorizing and performing your music.

Transitioning from the garage to the big stage is a major step for most musicians. This great video from Legendary Beatz provides some great tips for making your first performance one to remember:

Preparing for the big performance can be especially stressful on the body. Cari Cole has some great advice for vocalists: take care of your body folks! 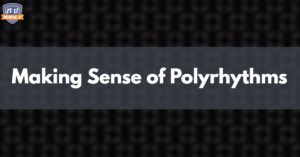 Traditionally Western music is rather straightforward rhythmically. The vast majority of songs are in 4/4 or 3/4. But not so in other musical cultures – like African or Indian music – where you can run 4/4 and 3/4 at the same time. We call this polyrhythm.

And when Africans met Europeans in the Americas, the result destroyed the old rhythmic order and transformed music forever – generating or influencing all the popular music styles that exist today across the globe.

Whether you know it or not, today’s popular music (as well as jazz and many other styles) is rife with polyrhythms – but it’s still not common to learn them in traditional music education. We’ll break it down for you and help you Make Sense of Polyrhythms

Trusted materials for learning polyrhythms can be hard to come by. This video from Aaron Edgar will help you incorporate polyrhythms into your musical practice.

When you do the math, rhythm and the frequency of vibration (pitch) eventually become one. You’ll be amazed at what happens when a polyrhythmic beat is sped up. This awesome video from Anton Jazz is something that you really need to hear to believe.

Polyrhythms can be used in any genre of music and add incredible amounts of rhythmic variety. Propellerhead Software shows how polyrhythms are supercharging electronic music.

And now we know. Destruction – or taking apart the structure of something – can be a good thing! When we de-structure bad habits, we can replace them with good ones. And when we challenge existing musical structures, we can discover new treasures right in front of our noses. What chains will you break today so you can truly express your own amazing musical self?