Home » How To » Arranging » Before and After: Covering the Smiths

Before and After: Covering the Smiths 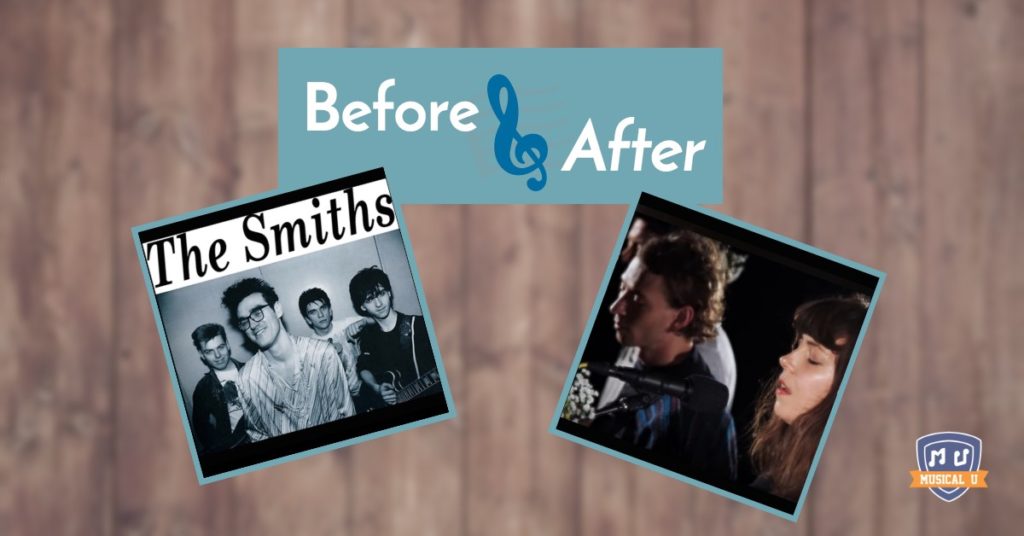 Listening to cover songs is a great way to identify the building blocks that make up a song. A rehash of the same chords and lyrics can morph into a completely different tune.

There is no rule that says that a cover must be exactly like the original – unless you’re in one of those over-the-top wedding cover bands. Other than that, it’s your opportunity to give a personal twist to a song you like.

For this listening exercise, we’ll dissect a nice version of The Smiths’ classic “There Is A Light That Never Goes Out”, performed by Teeth & Tongue, an alternative pop band from Melbourne, Australia.

First, let’s check out the original. You can read the following description while listening so you can know what to pay attention to:

Such a distinct introduction is totally worth looking into. The Smiths do this little rhythmic motif before the verse’s chord progression begins and Morrissey sings the first line [0:00-0:04]. You’ll notice that this little intro is repeated several times throughout the song as a way of transitioning from verse to chorus.

You’ll notice that Johnny Marr (the guitarist) is keeping it pretty conservative here by merely strumming the full chords. Bassist Andy Rourke is playing the root notes of each chord while adding the occasional lick. On the drums, Mike Joyce is doing a very basic beat as well, simply keeping count in sixteenth notes through very light hits on the hi-hats and snare on each second and fourth beat.

Morrissey’s distinct baritone approach to singing is really showcased here. For a male voice, it can be quite comfortable to sing in that register, and his pronunciation is just on point.

You’ll notice that each verse has a single voice, while each chorus has some overdubbed vocals that make it sound “bigger”. These vocal overdubs don’t simply duplicate the main melody or even state the lyrics. Instead, they are “aaahs” that could almost go unnoticed, yet still add a beautiful atmosphere to the song.

Rhythmically, the chorus is quite similar to the verses. The guitar and bass simply change to a different chord progression, and the drums have a different dynamic. The main change is in the vocals and the additional string arrangements that are added. You’ll notice these by paying attention to anything that sounds like violins [01:04].

The story behind these arrangements goes like this: Morrissey wanted to have a full string ensemble come into the studio. But due to a lack of funds and the band’s reluctance to let outsiders into the recording process, Marr convinced everyone else that he would do the string sounds on a synthesizer, an E-mu Emulator to be specific. Nowadays, you could get a similar sound with virtual synths. So the lesson is: Never let a lack of equipment or funds stop you! 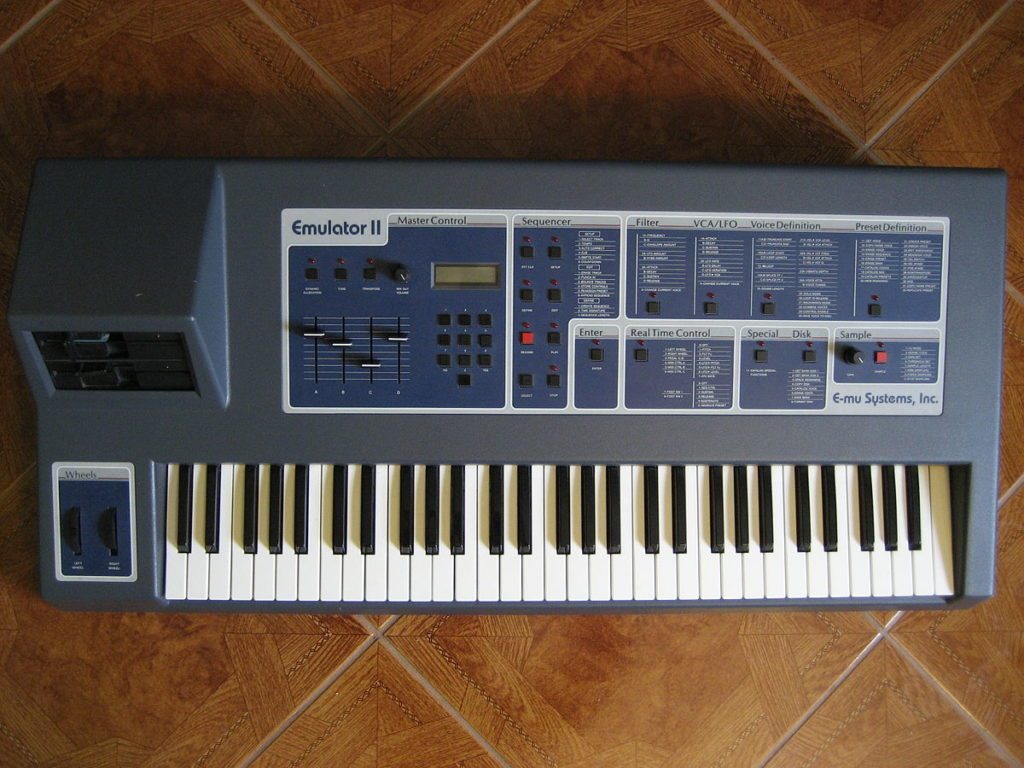 Furthermore, as the band plays the final bars of the chorus and Morrissey sings “the pleasure and the privilege is mine”, you’ll notice that they go back to the same progression of the first verse and Morrissey sings the same melody with slight variations in the lyrics [01:30].

This is where some additional arrangements are presented, as a way of further differentiating the second verse from the first. Along with the string synthesizers that play an ascending melody, a playful, almost percussive flute accompaniment is added [01:46].

From the second chorus, the song progresses towards the end and the flute and string synthesizer arrangements become more and more present in the song [03:00]. Meanwhile, the band stays locked in the same chord progression from the verse until it all fades out.

Thirty years later, we have this awesome cover by Tooth And Tongue:

As with the first example, I recommend reading while listening and then taking an actual look at the video. It helps that it’s a live take, so you’ll be able to see what each musician is doing and what sort of equipment they use for each sound.

One of the main changes to note is that this version has been transposed from B/E to C♯/F♯. Transposition is when you change the key of a song but keep the intervals between the notes constant. In this case, the change was most likely done to fit Jess Cornelius’s vocal range better.

You’ll also notice that the structure is exactly the same as in the original song. The same rhythmic intro with a verse/chorus pattern is repeated twice before reaching the outro.

This is where the main changes are. While the instruments used are more or less the same, the dynamic between them is somewhat different.

For starters, the acoustic guitar played by Jess (the vocalist) is doing a little riff, rather than chords. This leaves the harmonic foundation of the first verse to be almost completely held by the bass, which in this case plays an almost exact rendition of the original bass line.

The drums are played on an electronic pad as opposed to an acoustic drum set. That’s where that deep kick drum and clap sounds come from. One cool thing about this cover are the harmonic melodies that the keyboard player sings during the verses and choruses. She actually does follow the lyrics as opposed to singing “aaahs” like in Morrissey’s overdubs.

Using a Nord synthesizer, she also emulates the string arrangements done by Johnny Marr on each chorus [01:06]. The synth continues a haunting atmospheric line through the next verse [01:34].

Lastly, the drummer adds a sweet vocal “oo” to the outro while the lead vocalist repeats the line “there is a light that never goes out” [03:29]. This is one element that’s certainly not on the original, but works great here.

So there you have it. With some small changes and different personnel, you end up with a very different result. With covers, even if the same notes are played, you will usually have a different effect merely because everything will sound different depending on who plays it, where, with who, in what facilities, and so on. That’s the beautiful thing about music: it’s never exactly the same.

With that in mind, you can now see that you could totally try this by yourself. Simply pick a song you love, find the chords and lyrics online, and create a version with whatever you have available. No drums? You can probably find a free virtual drum machine somewhere online. No synths? Plugins. You can even record it on your cell phone.

So I’ll leave you with that. To inspire you, here’s another, more experimental version of the same song: