Home » How To » Active Listening » Listen Close: "Pack Up The Cats" by Local H

Listen Close: "Pack Up The Cats" by Local H 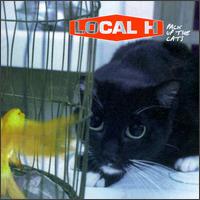 Pack Up the Cats features more than a few examples of that, but I want to talk about two sets of two songs in particular, and the ways in which they relate to each other.

Note: While there are clips embedded below, you’ll understand what I’m talking about best if you get hold of the album (e.g. Amazon, iTunes, Spotify) and give it a full listen.

The third track on the record is “Lucky.” It’s 48 seconds long, and acts more as a bridge between the songs on either side of it than as a standalone cut. It consists of three major elements: the vocals, two heavily panned and flanged (or possibly phase-shifted) guitar parts, and a pack of apparently distressed cats meowing intermittently (this is the song from which the album takes its name).

Aside from the not-often-heard-in-rock-songs felines, “Lucky” is notable for a few reasons: First off, it’s a great example of how a minimalist approach to the backing track, coupled with some heavy effects, can really fill up space. The two guitar parts seem to shift back and forth rapidly, and instead of swirling, they’re timed so that they almost ping-pong off one another. It can be a little unnerving (especially if you’re wearing headphones), but it seems to work in a song that’s this short.

You don’t realize the other notable aspect of this song until later in the album, when track 15, “Lucky Time,” comes up. It features the exact chord changes as “Lucky,” but adds acoustic guitar, drums, and a slightly buried lead riff that comes in and out. The lyrics in the verse are different, so it’s not exactly an extended version of “Lucky.” So what is it? 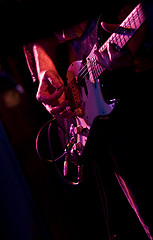 To be honest, I’m not really sure what to call it.

Is “Lucky” an early version of “Lucky Time?”

Is it sort of a reverse-reprise kind of thing, with the shorter version acting as a teaser instead of a final wrap-up?

Honestly, I’m not sure how to classify it, but I’ve always thought it was a really cool idea.

/
All The Kids Are Right

Apparently, the band did too, because they use the same approach elsewhere on Pack Up the Cats. Track 8 is “Lead Pipe Cinch.” It starts off with an acoustic guitar strumming over the last bit of feedback bleeding in from the previous track, and adds only vocals. It’s just over a minute long, and it fades out almost as quickly as it faded in—acting, like “Lucky,” as not much more than a bridge between two songs. But, also like “Lucky,” it returns in a different form later in the album.

The second time, it shows up in the chorus of one of the later tracks, the heavy but melodic, “All the Kids Are Right.” This one retains none of the original lyrics, and though the chords are again exactly the same, the juiced-up energy in the song (read: wall of guitar) masks the similarities a bit more than the “Lucky”/”Lucky Time” combo did.  Still: it’s there. For me, it not only drives home how catchy the melody is, but also shows just how versatile a section of a song like that can be. It works beautifully as a stripped-down singer/songwriter strummer, but when it’s amped up and the vocals are about an octave higher, it takes on an anthemic quality that can easily carry the whole song.

All the Kids Are Right – Intro/Verse, Chorus

I’m sure there are bands that have used similar approaches (in fact, I know there are), but I’ve always thought it was great to see a group that’s not known for its excessive tinkering formulate a way to let you hear the same song twice (kind of) in completely different settings. It could be hard to understand how this works, especially in isolation from the album as a whole, but it does. 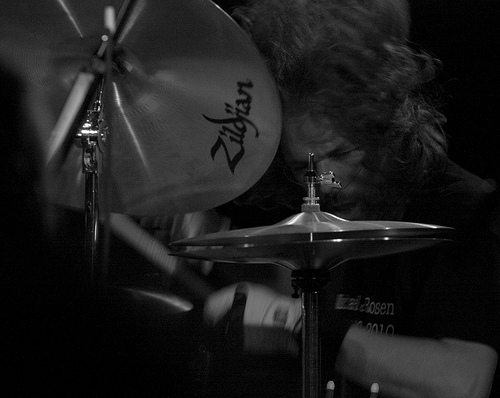 By the time the second songs of the pairs come along, you feel like you already know them a bit, you look forward to the band finishing what they started. And, like I said, it’s really interesting to hear a band take something so raw and turn it on its head in the span of a half hour, creating two distinct sounds and feelings that both totally work, in completely different ways.

You can buy the album “Pack Up The Cats” from Amazon (CD, MP3) or listen on Spotify. Check out more music by Local H on their website or MySpace page.

And once you have listened to it closely, don’t forget to come back and share your thoughts with us in the Comments.

Do you know of any other albums that pull this trick with song pairings?