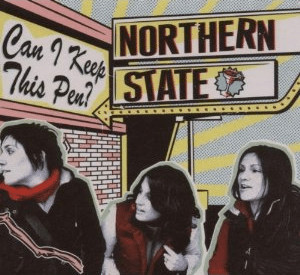 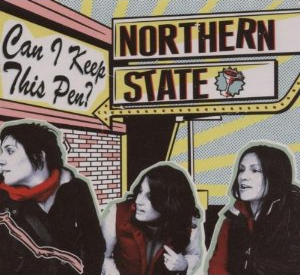 Northern State are no longer together, and though that’s a bummer, they left us with three hyper-fun—and very different—albums before they hung up their microphones a few years back. I’m not here to give you a Northern State history lesson (though I’d love to), but it’s worth mentioning because they’re one of those groups whose sound changed starkly with each release. They were always hip-hop, but they constantly flirted with other genres and eventually became hard to classify, which was, for me, when they finally found the sound they had always been looking for and came into their own.

They never really intended a mass release of their first album, and accordingly, it was raw, better-than-demo-quality rap that was party-worthy, but never too complex (that’s not a bad thing). Their second release was more thoroughly produced, and more focused in general, but some of the looseness of their debut was conspicuously missing. Their third album, the one which featured the song we’ll be taking a listen to, was a huge step forward. The hip-hop elements are still in the forefront, but the band managed to incorporate a ton of other sounds and influences.

This song in particular is a great example of what was going on throughout the album: they rap the verses, sing the chorus, and float a bunch of other bits and pieces around those main sections to really make the track an impressive little slice of three-minute pop. A few years back, this cut was on heavy rotation in my stereo, and I never shy away from returning to it.

The synthy-jagged guitar, intro that starts the song off is intentionally panned hard to the left speaker—not only to mellow it out a bit, but also to leave room for the vocals, bass, and drums that kick in just after it cycles through once. While you might initially think that the guitar is going to lead the charge, it ends up being more of a rhythmic element than anything else, staying pushed to the left while working with the bass and drums to form the track’s foundation. Its catchy progression and rigid rhythm add a lot to the song, but unless you’re listening for it after the first few bars, you might not notice when it comes in and goes out. At around the 0:08 mark, a warped-and-warbly organ bit joins it, panned to the far right, disappearing when the verse starts. It returns throughout the song during the pre-chorus  and chorus sections, adding texture and thickness as it alternates with the guitar. It adds both a bit of harnessed chaos to the pre-chorus section, and a sense that something is building. It’s still there when the chorus starts up (0:44), but then layered vocals and additional instruments join in and bridge it to the guitar part, forming a progression that pushes the hook all the way to the front.

This song does a great job not only defining the individual sections (verse, chorus, bridge), but also making the most of those pieces and allowing them to transition seamlessly into each other. The verses sound very stark when they begin (0:14), with just drums, bass, and a light guitar riff backing the vocals. But as it moves forward, other elements are added. A blippy synth creeps in (0:22), followed quickly by layered (or maybe just doubled?) vocals that lead into the chorus.

While the separate parts are easy to identify, they have a way of moving from one to the other that never feels deliberate or jumpy. With the vocals that lead into the chorus (the “We don’t have to leave the living room” section), the volume is lowered and there is the slightest bit of distortion added. This gives the impression that while this section is’s an integral part of what’s happening, it’s not what you’re waiting for. What you’re waiting for is the chorus, and when it comes through, it’s all-encompassing, combining each element of the song with stacked, powerful vocals that take the track to its highest point. It’s exciting, and they’re careful not to drive the hook into the ground, which is key.

Speaking of the vocals, though this song doesn’t use an extreme amount of trickery, it does deploy tried-and-true methods to attain each part’s desired effect: the verse vocals are reverb-heavy to the point of echo, making the voice sound very solitary. Couple this with the thickly layered vocals in the hook, and you’ve got a juxtaposition that works wonders for both parts. Combining disparate elements like these often make for a really memorable pop song, and I’ve always felt that this track uses the technique in a really effective way.

The bridge in this track (1:42-1:53) isn’t extremely notable, but it does a fine job of finding middle ground: it doesn’t challenge the ferocity of the chorus, but it also doesn’t bring the track to a standstill, either.

Two elements that don’t show up elsewhere contribute to its success: the synth part that runs through it, and the hand claps. 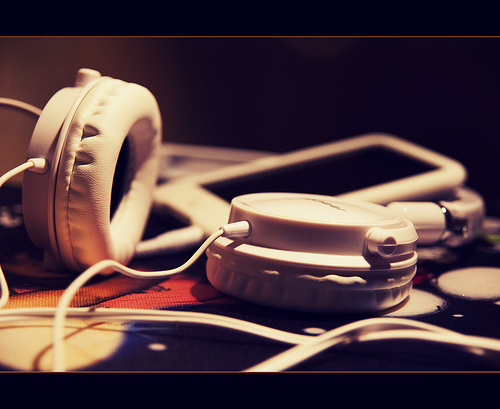 If you break this song down, it’s arguably formulaic, but I don’t think there’s anything wrong with that. It’s what you do with that formula that counts. This song is much more intricate than it seems at first listen, and it’s an interesting one to pick apart and really give a concentrated listen to.

You can listen to “Better Already” and other tracks on Northern State’s MySpace page, buy the album from Amazon (CD, MP3) or listen on Spotify.

Once you have listened to it more closely, don’t forget to come back and leave your comments below!