I like to think of myself as an open-minded music fan with varied tastes to match. But if you were to open up my iTunes and scan through the genres, you’d find that my eccentricities, no matter how expansive I wished they were, actually don’t stretch all that far. I’m probably the same as a lot of folks: I know what I like, and don’t often see the point in deviating from the reliable.

I can honestly say that I try my best to not to prejudge a piece of music based solely on how it’s labeled. A good song is a good song. But if you had told me a few weeks ago that I’d become obsessed with a track from an electronic/synth outfit from Helsinki, Finland, who, according to their label, mix “electronics, krautrock, noise, and even rockabilly into a hypnotic and minimal motorik groove,” I would have politely scoffed.

But here we are. And here is this track, which, despite its six-minute-plus running time, lack of vocals, and full-on embracing of lo-fi buzz (all things it had going against it from the get-go, as far as I was concerned) has been on repeat in my headphones for 10 days now.

So, what is it about this song that keeps me coming back? On paper, it shouldn’t have affected me the way it does, and I think that’s intrigued me even more. I decided to break it down—to quit worrying about what it’s not, and instead focus on what it is. And more specifically, how its individual parts work together to form such a rock-solid whole.

What makes it work?

There’s a thick, foreboding buzz that fires up when the track begins, but as the first pulsing synth note kicks in, it almost completely falls away, lingering only slightly in the form of what seems like a light tape hiss running throughout the song. This may be nothing more than an unintentional byproduct of the recording equipment used, but it gives the track a stern warmth that never lets up. It’s the backdrop for all the rhythmic buzzing and vibration that follows, and it gives the impression of a machine that’s been powered up, or of a program that’s been launched and is quickly revving towards full speed.

The synth pulses that start the groove moving couple with an eerie, driving bassline that, like the main synth, doesn’t strive for complexity. It’s precise and initially unmoving, and when the drums kick in over the top, it forms the backbone of the song. Peripherals are there too: airy bursts swirl around the edges and sputter, and a deeper, sluggish, synth warbles in the back. The drums, while excitable, aren’t much more than a simple loop.

Stacked together, these elements are head-noddingly catchy, but they’re repetitive, and the band knows this. So at around the 1:15 mark, other things start fluttering in. Some echo-y, delay-heavy glasslike sounds appear. A higher-toned, more prominent bass line slips in at around 1:20. It remains for the rest of the song, and though it stays on course with one main groove, the slight changes that it makes throughout the song are noteworthy. Nothing fancy, but very intentional. 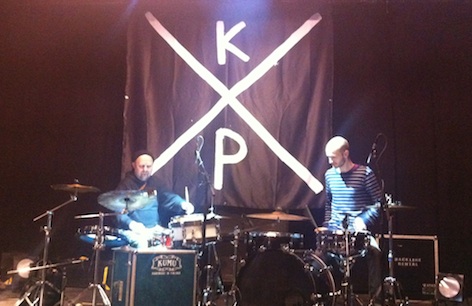 The same can be said for almost all the elements on this track. When given a cursory listen, the song may seem repetitive, like it’s barely more than a fuzzed-out, club-ready jam. But it’s the slight manipulations of the main elements, and the major manipulations of the solo-ish parts—the ones that jump in and out during the middle five minutes—that make the length of the song not only acceptable, but necessary. Around the three-minute mark, the groove is defined, some individual instruments have been slipped in over the top, and things start to feel comfortable. At around 3:02, a shredded-sounding organ fades in, giving the track an uneasy feel, like it’s leading to something.

At 3:17, an off-beat synth solo starts, feeling both playful and awkward. It’s directly contrary to the steadiness of the computer-perfect bass groove, and for a minute it feels like the song is disassembling itself. 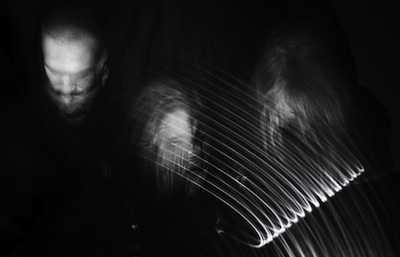 Over the next two minutes, that feeling continues, threatening not to resolve itself. It’s not until the five-minute mark that things ease off and return to the warmth that the song began with. From there, the wind-down begins, with the drums finally breaking course with their loop (at around 5:35) and stutter-stepping toward an eventual close. It’s here that you can feel the song powering down.

Everything has been slowly rising for the duration of the track, and now the machine is starting to ease itself back to where it began. At no point does it feel like it’s losing steam—it’s all as loosely calculated as the rest of the song has been up to this point. The way the drums fade away, instead of simply stopping, lends even more to that feeling. There’s no shut-off—the structure is more like a bell than a triangle.

It’s tough to make an almost-seven-minute song—with no vocals and no major structural or tempo changes—that can hold the attention of a notoriously picky listener like myself. But this trio has definitely done it. And they make it sound easy.

You can listen to “Mehu Moments” and other tracks on K-X-P’s MySpace page, buy the album from Amazon (CD, MP3) or listen on Spotify.

So, did you hear more on closer listening? Are you coming back for another play because it’s been stuck in your head all week? Have your own opinion on what makes this track tick?