Listen and Sing: Your Way to Great Musicianship, with Donna Schwartz

Have you ever struggled with your tone not sounding full? Or perhaps you have been told your tone is dull and is not projecting over other instruments in your performing group? Maybe you have been frustrated because, when it comes to being in tune, your pitch is all over the place.

So, you hit the practice room, and shed hours and hours playing long tones, scales, and going through method books. But you still get the same result.

Listening needs to start at the beginning

Many assume that in order to be a good musician, you have to read. 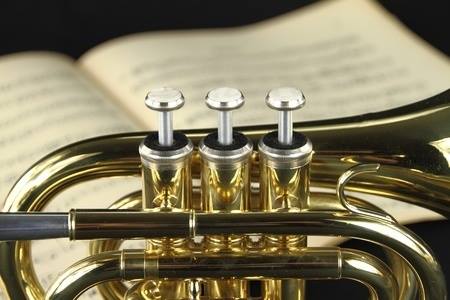 In fact, for many beginner musicians of all ages, it is common practice to teach music by learning music reading and how to play an instrument at the same time.

Reading and learning the basic foundational principles of playing an instrument at the same time can be overwhelming for even the brightest and/or most coordinated students.

Little attention is given to listening to great performers during these first few critical lessons.

Without listening to great players to get an ideal tonal concept, there is no end goal to strive for when practicing, which leads to a lack of motivation to continue.

Some of the best musicians learned how to play by ear.

”Audiation, a term coined by the late Dr. Edwin Gordon, is when we hear music in our heads when the sound may no longer be physically present.”

By doing this, they developed their hearing and audiation skills to such a level that they could not only play back something they heard only once, they could also hear the inflections and minute details in someone’s sound, and incorporate that into their own unique tone quality.

They also amassed a huge library of musical patterns (tonal and rhythmic) that made the reading process easier to understand and master.

Think of great jazz musicians. People often wonder how they are able to improvise complicated and intricate solos on the fly in front of an audience.

These musicians have used the principle of audiation for many years: using ear training skills to internalize patterns, melodies, bass lines, chord changes and specific instrumental nuances and tone quality.

Using listening to learn how to play an instrument

When I was learning my first instrument, the trumpet, I couldn’t get a sound for three months. (That’s not a lie!)

My elementary band teacher was a well-known trumpeter, but was not the best teacher. He would put me up in front of the room and say, “This is what you are not supposed to do.”

Most students would quit after that, but I was resilient and kept at it. The problem was that even though my teacher was a great player, I had no exposure to the sound of great trumpet players.

My parents weren’t musical, and didn’t have great record collections for me to listen to.

There was no Internet or YouTube to listen to amazing trumpeters or other musicians. Instead, I had a steady diet of pop music. (The only good thing was that back in the day, there were actually horns on the radio: Rise by Herb Alpert and Feels So Good by Chuck Mangione.)

Essentially, I was being asked to figure out how to play an instrument without any sound or ear training to guide my way.

In time, I did figure out how to get a sound (with the help of my sister who played the Mellophone, a Marching Band version of the French Horn). I started to listen to the older students and kept their sound image in my head when I practiced and performed.

I didn’t realize it at the time, but I was seeking mentors and used listening to great players as a guide for getting a great tone and improving my musicianship.

This process would guide me as I continued on my musical journey throughout junior high and high school.

That’s what my college trumpet teacher, Vince Penzarella, longtime trumpeter from the NY Philharmonic, would say to me all the time. 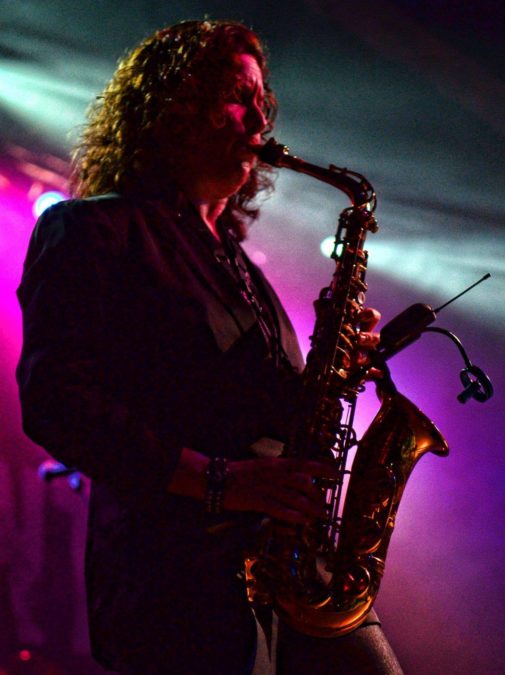 I also learned how to use my imagination and creativity to produce a great sound.

He would have students recall the sound of their parent’s voice. (Most people can recall this vividly in their minds.) He would then have them use their imagination to recall or create the best sound possible on their instrument. That, in tandem with lots of active listening, would create a sound image as a  goal to strive for every time they performed.

Active listening means careful analysis of every aspect of the performer’s tone, interpretation and expression.

Analyze what you like/don’t like about their tone, interpretation, etc. Write it down.

Even if you only study jazz, you should actively listen to classical musicians/singers on your instrument. Classical musicians have to have the best, most efficient tone in order to win auditions and perform concerts in public.

Classical musicians should listen to jazz musicians to inspire creativity to improvise, and hear complex chord changes and chord qualities.

Allow your imagination to expand as you listen to great musicians, and you will start to see results in your own performance. 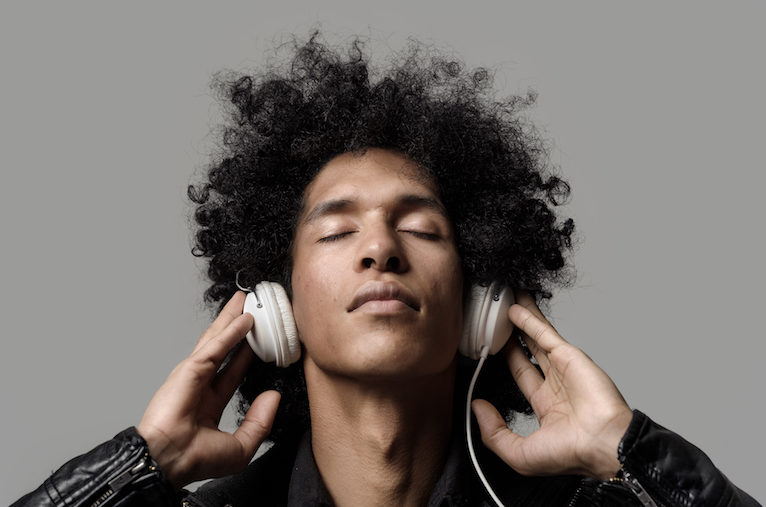 When I would prepare for my NYSSMA Solo Festival (New York State School Music Association) and All State performances, I would find at least three recordings of my chosen piece by three different performers (when possible).

I was audiating these pieces without realizing I was doing so.

I was analyzing these musicians’ tone quality, expression and interpretation without realizing it.

I would not only listen to their tone quality, but also their phrasing and interpretation. I would notice the ease and efficiency with how they produce sound.

The key to a great tone and musicianship

Some people wonder how opera singers can achieve so much projection with their voice.

Or if you are a saxophone player, how Clarence Clemons had such a big, booming sound that shook the walls in large stadiums.

Or how Phil Smith, long-time Principal Trumpet from the NY Philharmonic, could project his sound during the quietest parts of a piece.

It’s all about intonation and getting the core of the tone with each pitch.

If you are too sharp or too flat in the pitch, your tone sounds dull and lifeless. It does not project.

You could practice with a tuner until you are blue in the face—it will not totally fix the problem.

In the video, we can see how even though this young performer played the pitches and rhythms correctly, his tone was thin (nasal) during large interval jumps and when he played in the higher range.

The reason why this happened was because he was not really hearing what he was performing; he was relying on the instrument to “fix” any intonation and tone issues.

This is extremely common for beginner and intermediate players.

Without this other key element, you will never be sure if you are in tune or if your sound will project.

To have a tone that projects and is in tune you need to…. 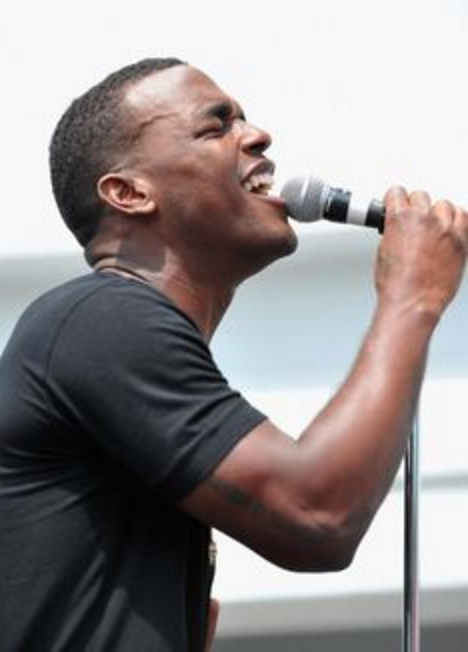 But wait, you may be thinking: I hate my voice, or I don’t have time to add singing to my practicing…

If you want to make faster progress and see bigger results, you need to sing everything before you play it.

And by singing everything, you are doing the ultimate ear training practice.

If you have difficulty with intonation and getting a full tone with great projection, you’re not hearing the pitch well enough in your head to be able to replicate it through singing.

Here’s what singing can do for your performance:

Tips to improve your musicianship through singing

To make your singing practice more effective, and focused on your ulitimate musical goals,

We can drastically improve our tone and musicianship through actively listening to others (live or via recordings) and singing passages or exercises before we attempt to play them on our instrument.

If you want to see video examples of how to incorporate singing into your practice routine, click here to get a free video I’ve created on the subject, “How Singing Improves Ear Training”

Active listening and lots of singing will improve intonation and projection of sound.

Active listening inspires creativity and imagination in practice and performance.

And finally: You can have all the technique in the world, but if your tone is not good, no one will listen to you. 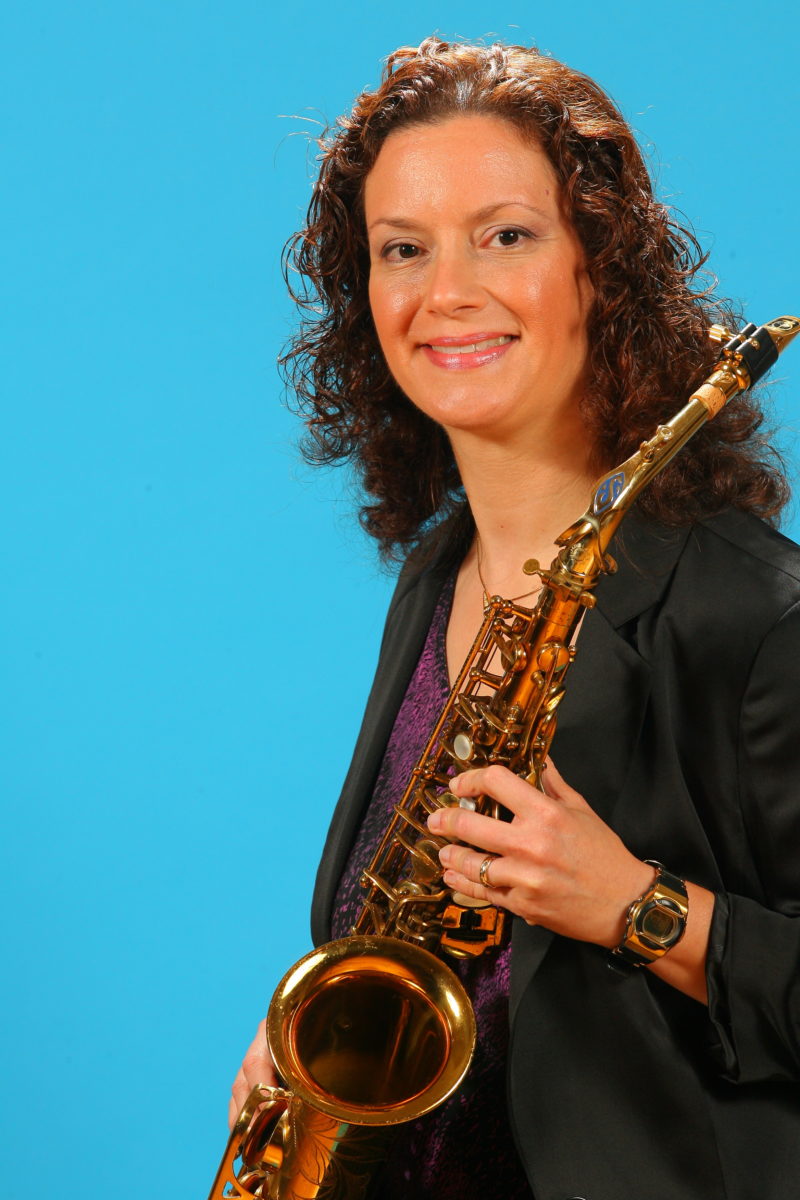 Donna Schwartz has been teaching Band, Jazz Band and General Music in public schools for over 14 years, and private Brass and Saxophone lessons for over 27 years. She has performed in NY and Los Angeles with artists such as Vicci Martinez from NBC’s The Voice, and Richie Cannata from Billy Joel’s band, at such notable venues as the House of Blues in Anaheim, The Orpheum Theatre (LA), and World Cafe Live. Donna writes articles for School Band & Orchestra Magazine, the National Association for Music Education, and many others. You can learn more about Donna at her website, DonnaSchwartzMusic.com.