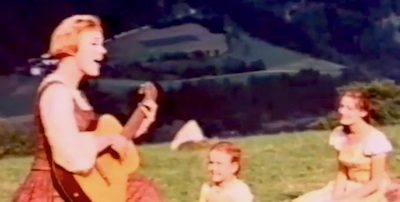 Many musicians and music students are interested in ear training and solfa for improving relative pitch, but it can be a confusing subject to approach at first.

Today we welcome Shelle Soelberg of Let’s Play Music to the site, to explain some of the theory of solfeggio and the benefits of using solfège ear training with children. 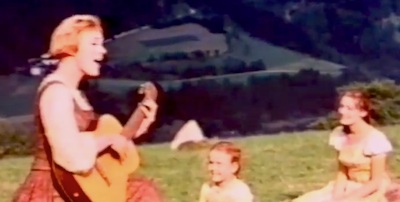 When you know the notes to sing, you can sing most anything!

Yep, Rogers and Hammerstein had the right idea: Solfeggio truly is the language of singing… and hearing!

Solfeg syllables were first written in an 11th century hymn/chant by a monk named Guido d’Arezzo. Interestingly enough, the notes of this chant (which was a prayer to Saint John) followed the steps of what is now the major scale:

The notes of the solfeg scale

The Solfège ‘Do’ Major Scale

Hear the notes of the solfège scale

The term Solfeggio is Italian (which is the language used most often for music terms) but it is commonly translated to Solfeg, Solfège, or Solfa. These three terms are used interchangeably. Similarly, as the syllables have been translated, “UT” has become “DO”, “SA” becomes “TI” and “SOL”, though often spelled with the “L”, is pronounced “SO”.

The Purpose of Solfeggio Syllables

Solfeggio was brought back into prominence as researchers and educators discovered the brain’s ability to connect more easily with pitch relationships when a syllable was attached. It is crucial to associate a placement of tone before ever identifying its note name on the staff. Since solfège gives a name to each note of the scale, children can learn the sound ‘MI-SO’ by singing it without having to think about a written note.

A minor third ascending and descending in solfège: Mi-So, So-Mi

They can recognize the sound of this interval before knowing that it is a minor third or that it contains three half steps or that it can be written “e g” on the staff.

So you can see that Solfeggio is a powerful ear training concept!

Zoltan Kodály (Hungary, 1882-1967) was a revolutionist who changed the attitudes of teaching music to children. 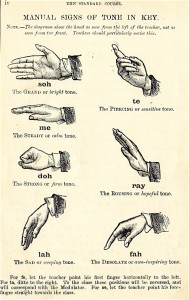 He incorporated John Curwen’s (Britain, 1816-1880) hand signs for notes, going a step beyond solfeg syllables to visually represent the function of each note of the major scale.

In this way, full body involvement is utilized because the hands can ‘feel’ the major scale. Thus, while singing in solfeg, the child is producing the pitch with his voice, hearing it with his ear, and reinforcing that pitch relationship with his hands.

When signing the solfeg syllables, the hands begin near the waist with DO and each consecutive sign is slightly higher than the previous one, with the octave DO being a height near your forehead. Hand signs must always communicate pitch height to be completely effective in training the ear.

Training the ear through patterning

Another ear training method Kodály promulgated was that of pattern imitation, or patterning.

This is the planned sequence of certain melodic motifs that are presented to the children first in songs, and imitation exercises. Through this presentation, the children would internalize these patterns, which would then open the door for them to be identified, labeled, and notated. In this way, Kodály sought to produce children who not only could read music, but who felt it and understood it.

Inner hearing is the ability to hear music in the mind without any music actually being present, and is the precursor to all musical skill.

One of the fundamental inner hearing skills is developing tonal orientation: a feel for the tonal center. Tonal center is the musical “pull” toward the tonic chord and the tonic pitch (DO).

A child who has developed tonal orientation can hear a piece of music in whole or part and accurately decipher where DO is – and can sing it.

When this skill is acquired, it is then possible to hear a piece, determine the pitch relationships, and then write down, transpose, or compose a harmony to these notes.

This is the power of solfeg; and ear training at its finest!

So, let’s “start at the very beginning”… Let’s use Solfeggio and hand signs to develop the inner musician in every child!

About Shelle Soelberg (a.k.a. Shelle Solfeg!)

While studying Music Education at Brigham Young University, Shelle thrilled at the teaching philosophies of early music educators. The ideas of Curwen, Kodály, Orff and Dalcroze sounded so appealing and accurate and she joyfully took their findings and applied them to her own teaching. In 1998 she began constructing her own curriculum, Let’s Play Music, which incorporates solfeg, ear training, piano skills, note reading, and classical music study in a playful class setting. 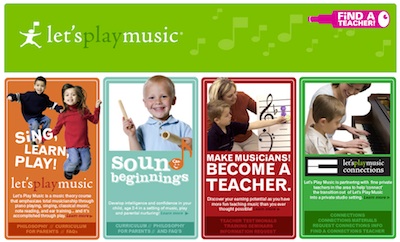 Shelle resides in Mesa, Arizona with her husband and five children. In addition to nurturing and mentoring her own children, Shelle operates the Let’s Play Music business with sincere hope that it will be used to bring the joy of music into the lives of children and families, and that it will promote musical excellence through the student’s love of music and advanced academic knowledge of music theory.