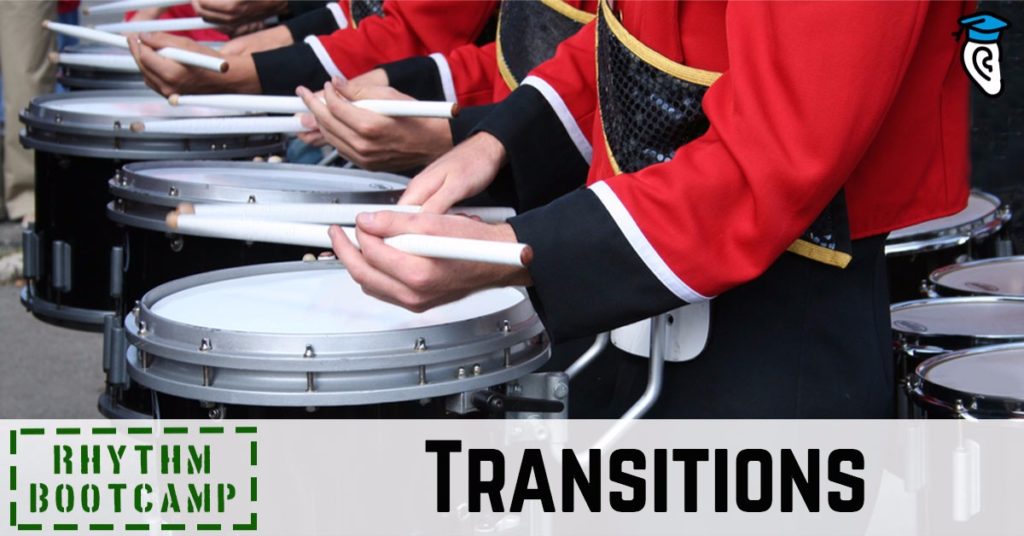 So far in Rhythm Bootcamp we’ve covered practicing rhythmic accuracy and playing on the beat. In addition to these skills it is important to master transitions in music. Why? Transitions from one musical section to another are one of the most common places that musicians lose time and end up playing with bad rhythm.

Other key problem areas are solo parts, like in jazz tunes or in a live situation, and syncopated rhythms. And sometimes musicians just get lost in a tune. We’ll hit solos, syncopation, and getting lost in future articles – right now let’s talk about transitions.

What do we mean by “transition” here? One example would be that a song might go from a fast section to a slow section with little time to adjust to the new tempo. The song will probably change rhythmic styles too. If a musician is not prepared, they can easily lose rhythmic accuracy as they struggle to keep up.

Part of this is a confidence issue as you may feel less comfortable with the new style. This is why it is very important as a musician that you expose yourself to the widest number of musical styles to familiarize yourself with common rhythms. When you end up jumping from a slow pop rock feel to a heavy funk, you will be prepared because you don’t have to adjust to changes in style or tempo, just the actual transition itself.

Sometimes the rhythm itself may require a little bit of thinking. That’s where having a wide range of musical experience helps.

For example I recently played in a band where we were jamming out with a typical bluegrass two-step. The lead singer wanted the bass to play on the offbeat (or the “&”s if you are counting “1&2&3&4&). The bass player could not figure it out to save his life! He ended up going with a simple walking bass line that actually sounded great. Another time the drum player entirely ran away with the “train-sounding” snare part and the entire band had to adjust. I guess that’s what happens when you try to play bluegrass in New York!

Playing the offbeats in bluegrass can be tricky. Old Crow Medicine Show plays “Carry Me Back”.

Losing time in transitions, like from the bridge back to the chorus in a song, or even between songs, is a common issue.

You can avoid transition mistakes if you:

Practice going from one section to another with these simple exercises.

Practice going from a slow section to a fast section. 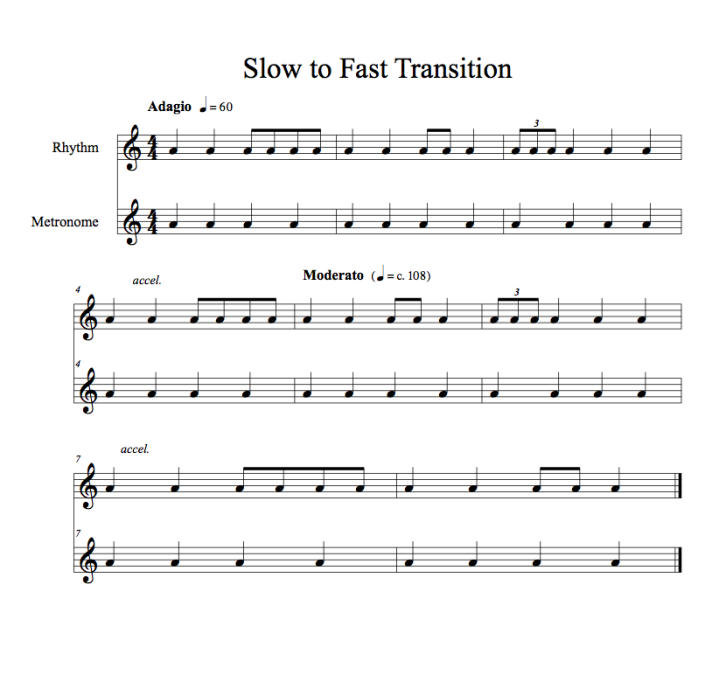 Now practice going from a fast section to a slower one. 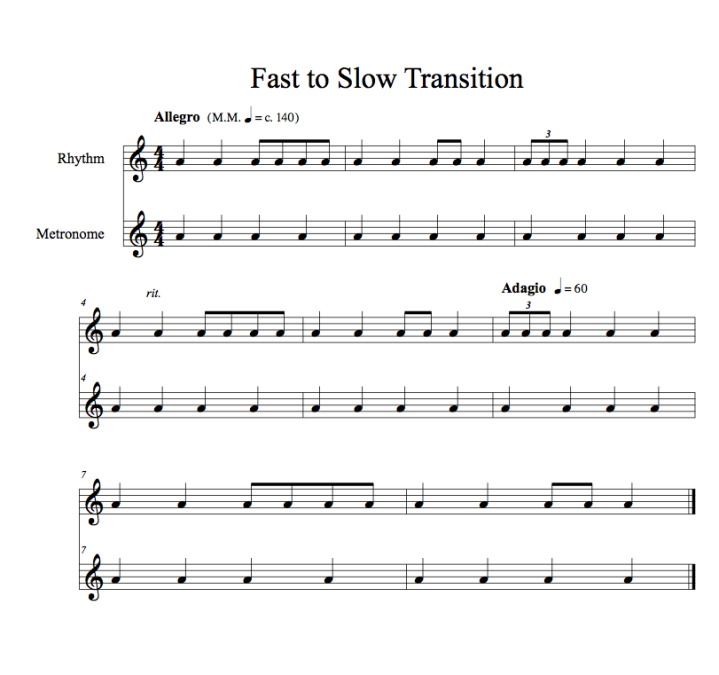 Exercise 3: Play along with the Band

Now let’s try a more complex example, playing along with a full band. 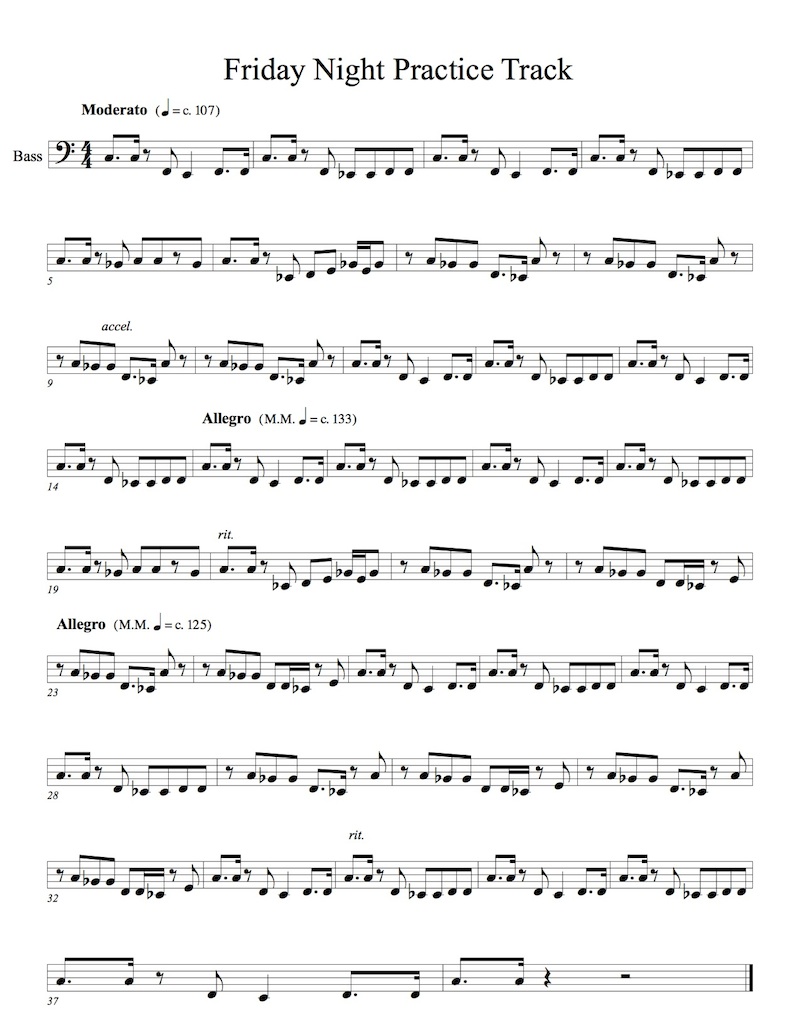 Use these tips and exercises to practice keeping tight rhythm through tempo and style transitions. Remember to practice each day, using audiation as well as actively listening to practice tracks and doing the exercises. Be brave when confronting transitions in new repertoire, knowing that you can use these tools to help you master them! Then you’ll be ready to tackle solos and syncopation.