Home » Instruments » Before and After: Covering Coldplay

Before and After: Covering Coldplay 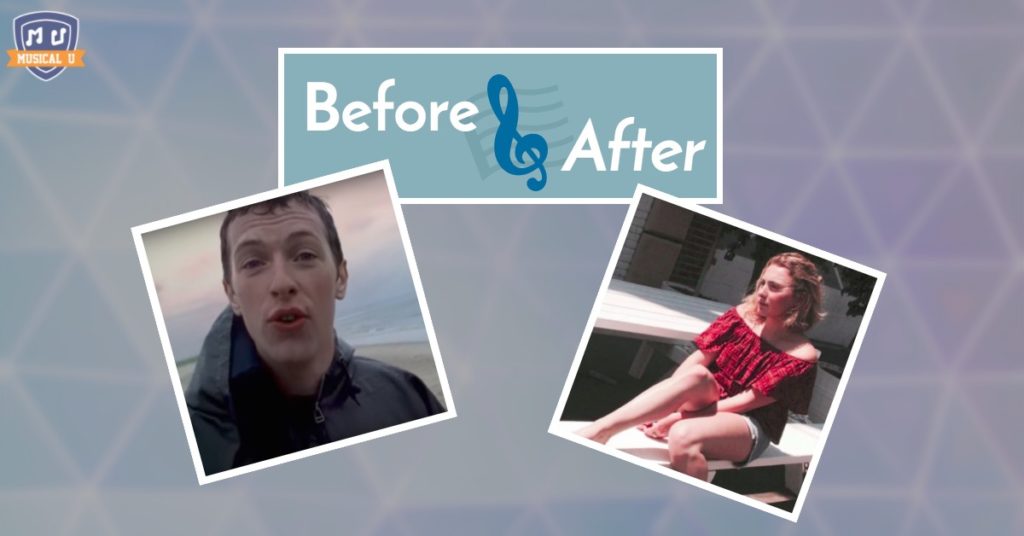 By the time an act goes into the studio to record, they usually already have several important ducks in a row. While they won’t always have a clear idea of how they want the final recording to sound – as this often grows out of a collaboration with a producer – they will likely have their melody lines, chord progressions, and lyrics ready to go.

With these basics in hand, one of the first questions they have to ask themselves is whether they want to record a version they can plausibly recreate live, or if they want to build a multi-tracked tower of sounds, instruments, and vocals so layered and thick it melts all the computers in the recording studio. Think Johnny Cash’s album I Walk the Line on the former end of the spectrum and the Beatles’ Sgt. Pepper’s Lonely Hearts Club Band on the latter.

The Original: “Yellow” by Coldplay

As Coldplay gained ground in the pop music charts, their budget expanded, allowing them to create and recreate more complicated arrangements in their live shows. The band’s first full-length album, Parachutes, however, was much simpler.

For the most part, the entire album can be recreated live with Coldplay’s four members: Chris Martin on keyboards and lead vocals, Jonny Buckland on guitar, Guy Berryman on bass, and Will Champion on drums.

“Yellow”, released in 2000 as the second single off Parachutes, fits this model with only the very small exception of sparse cello in the background of the verses.

The song has a standard format of alternating verses and choruses, but what stands out is the irregular phrasing within the verses. The most standard phrase length in pop music is eight bars. Coldplay’s phrases are six bars long, with the third phrase of verse one being offset by one bar, making it only five bars long. This irregularity gives the lyrics a free, dreamy quality that pushes the genre more to the alternative end of the rock genre.

While the instrumental parts, verses, and choruses each have different instrumentation, they stay consistent each time the individual section is repeated. The instrumental sections always have electric and acoustic guitar accompanied by a steady drum beat, the verses both have acoustic guitar, a simple drum pattern, bass line, vocals, sparse electric guitar, and faint cello, and the choruses use an intensified drum beat, backing vocals, and an eighth note pulse on the keyboard. The changes that occur in these repeated sections are subtle, such as the addition of a few distant backing vocals in the second verse that aren’t present in the first.

The Cover: “Yellow” by Caroline Pennell

A challenge facing solo singers and songwriters like Caroline Pennell is how to create a full ensemble sound for her songs. Without the assistance of a looping system or backing track, a single performer can only manage one instrument at a time. A recording studio offers a convenient alternative to this. While Pennell doesn’t go to the extreme of melting any computers with her version of “Yellow”, she has taken a more layered, multi-tracked approach to the recording.

Gaining her following on the fifth season of The Voice, Pennell made it to the final eight before leaving the show. This early exit didn’t appear to do her much harm, as her EP, The Race, became one of the most downloaded albums of all alumni of The Voice. Continuing this trend after signing with Nettwerk Music Group, her cover of “Yellow” became one of the most popular off the label’s album, From Cover to Cover: 30 Years at Nettwerk.

Pennell keeps the tempo of “Yellow” to within a click or two of Coldplay’s version, hovering around 86 bpm (beats per minute). Despite the tempo remaining the same, her airy vocals give the song a more relaxed feel.

Her version of “Yellow” slowly adds elements, each one continuing in the mix until the outro, at which point the mix thins, leaving only Pennell’s voice with simple guitar and piano accompaniment. 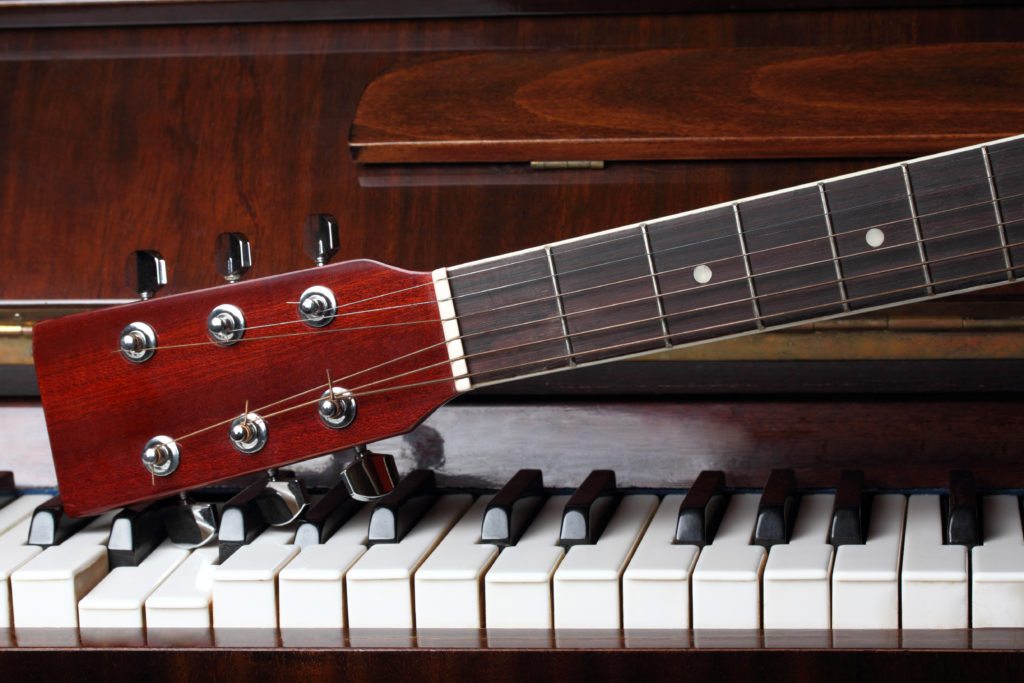 It’s not impossible, and probably not even that difficult, to recreate this arrangement live, but as Pennell is a solo act, to attempt to do this would add a substantial level of difficulty to the performance of this song.

If an entire album were structured with the use of the instrumentation detailed below, it would make its performance simpler, but Pennell approaches each of her songs with a different selection of sounds, making a performance of her recorded works a complex endeavor.

Let’s have a look at how this talented solo artist arranged the song to fit her style. We recommend listening to the song while reading through; this will help you pay extra attention to how all the elements are layered.

Like Coldplay’s version, Pennell starts out with acoustic guitar played in a fingerpicking style.

Electronic sounds are subtly introduced during statement one [0:17], enhancing the dreamy quality of the acoustic guitar and Pennell’s vocals. In the second statement, male vocals enter, harmonizing with Pennell. Underneath the vocals, rolling piano similar to the guitar pattern slowly emerges. The third statement introduces a hand drum and shaker, giving the song a steady heartbeat.

Here at [1:10], the introduction of strummed guitar helps to build energy. 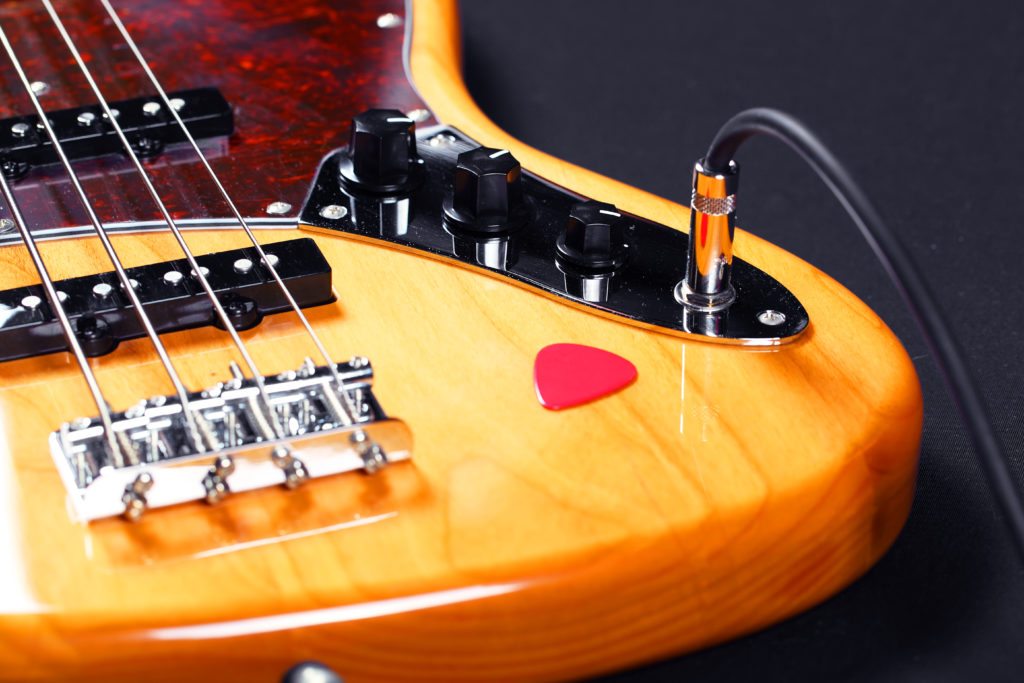 This is roughly the halfway point of the song and it isn’t until this point, at [1:33] that we hear the bass. Bass is an element the ear won’t necessarily miss if it is absent from the beginning or throughout the entirety of a song, but once it’s there, removing it creates a void, as though the bottom of the song has fallen out. Introducing it late can have the opposite effect, as it does here, creating a grounded, solid sensation of depth.

While Pennell doesn’t add anything in the second verse [1:49], all the previous elements remain.

To continue the impression of growth, the drum pattern changes, intensifying here at [2:23]. Additionally, synthesized string pads are introduced. Until this point, the chord progression has been covered by instruments incapable of sustain. Sustain is one of the primary reasons for the inclusion of bowed string instruments (violin, viola, cello, and string bass) in pop music.

This family of instruments can create what’s known as a pad of harmony, and it’s common to hear either the actual instruments or a synthesized version underneath unsustained instruments. Here, it fills out the harmony, adding to the sensation of growing energy.

The bridge section at [2:50] doesn’t add any new elements, instead maintaining all the elements introduced earlier. By not adding anything new here, Pennell signals an approach to the end of the song.

At [3:24], all the elements drop out except the rolling piano, guitar, and voice, bringing the song to a close.

Coldplay and Pennell have approached the recording of this song from different directions; Coldplay with the intention of recreating it live, and Pennell with a version unlikely to be recreated on stage. Another element separating these two versions is genre. Coldplay’s recording falls comfortably into the alternative rock genre, largely because of the use of electric guitar and a standard rock beat on the drum kit. Pennell’s version, however, leans heavily towards folk thanks to the distinctive sound of the hand drum and the fingerpicking style of the acoustic guitar. 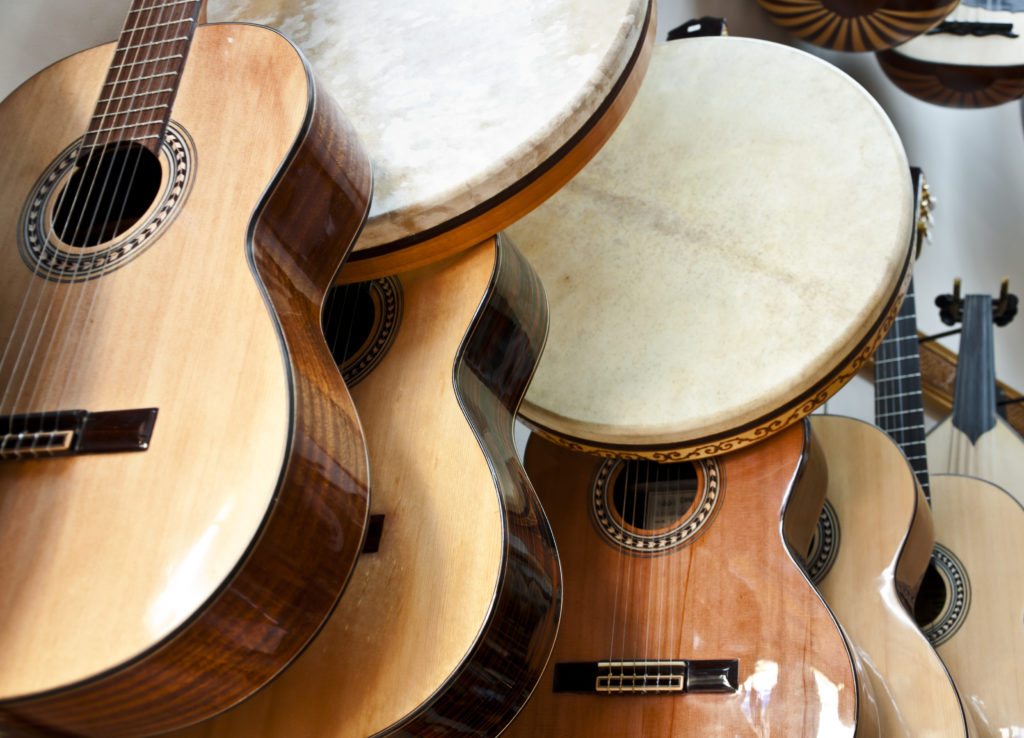 A less obvious difference is the change in form. In Coldplay’s original, each of the verses has two bars without vocals that separate it from the following chorus. Pennell leaves out one of these bars in the first verse, and opts to remove both in the second, which makes it sound like she’s jumping into the chorus, perhaps to lend more forward drive to her version. She does something similar before the bridge, leaving just a two bar break before the chorus, whereas Coldplay includes an entire instrumental section.

The final difference occurs in the outro. Coldplay’s original outro is simply a restatement of the first lyrics of verse one. Throughout the song, the chord progression within the verses stays consistent, basically repeating A major, E major, and Dsus2. In this final statement, however, they replace the E major chord with an E minor chord.

→ Learn more about major and minor

This chord seems to polarize the world of cover musicians. For every cover that stays true to Coldplay’s choice, there seems to be another that abandons it in favor of the E major the ear has acclimatized to throughout the song. Pennell is in the latter camp, sticking with the major chord. It’s just one more way she’s managed to make this cover entirely her own.

Marrying an existing song with a new genre is an excellent exercise for musicians. Try it yourself – choose a tune that you like, and put a new spin on it using whatever you have at hand. Experiment with form and genre however you like, and play around with layering instruments like Caroline Pennell has done; your cover, your rules!