Hearing the Difference between Major and Minor Keys 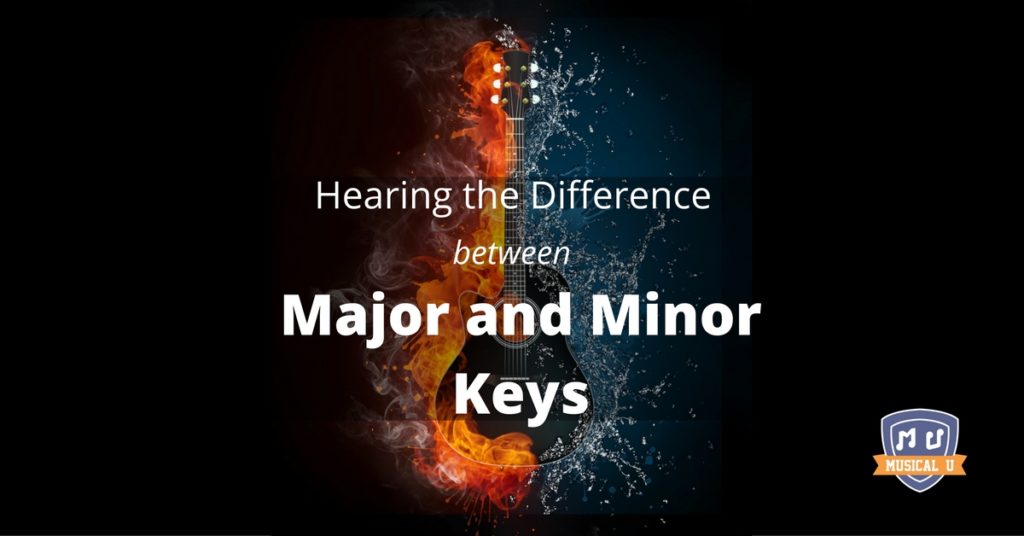 Understanding major and minor keys is a fundamental musical skill, yet it’s one that is often neglected by many aspiring musicians. To truly create original music, though, a musician needs to hone the ability to distinguish between these two.

There are endless resources available that can explain every nook and cranny that separate a major key from a minor one. Going into detailed analysis can get very complicated, especially if you have zero or limited knowledge about music theory. To make the experience less intimidating for you, here are two simple ways to tell the difference between major and minor keys.

The easiest way to recognise the difference between major and minor keys is to consider the emotion their sounds evoke – major keys have a bright, happy, and cheerful melody; while minor keys sound more melancholy and sad. Here’s a couple of examples:

“Happy Birthday” in A Major

“Nocturne” by Chopin in C# Minor

Major and minor keys are defined by their tonic note (their starting or base note) and their scale being major or minor. A major key uses a major scale, and a minor key uses a minor scale.

Reminder: A scale is simply a specific arrangement of 8 consecutive notes going up or down that begin from and return to the same note (their tonic note). For example, the C major scale would go C-D-E-F-G-A-B-C.

So to determine a major vs. a minor key, you will need to determine the difference between a major and minor scale. How do you do that? It comes down to the pattern of whole and half steps within each scale.

This might sound overwhelming at first, so take your time. It’s a good idea to try out different scales with your instrument. Listen to the difference in sound when you play major and minor scales slowly so you can really internalise the differences in their tones and “feelings”.

Still having some trouble understanding the differences between major and minor keys? Check out this video from Classical MPR:

Got any tips on differentiating major from minor keys?