Home » Halloween » 7 Strange Musical Secrets for Your Own Scary Soundtrack

7 Strange Musical Secrets for Your Own Scary Soundtrack 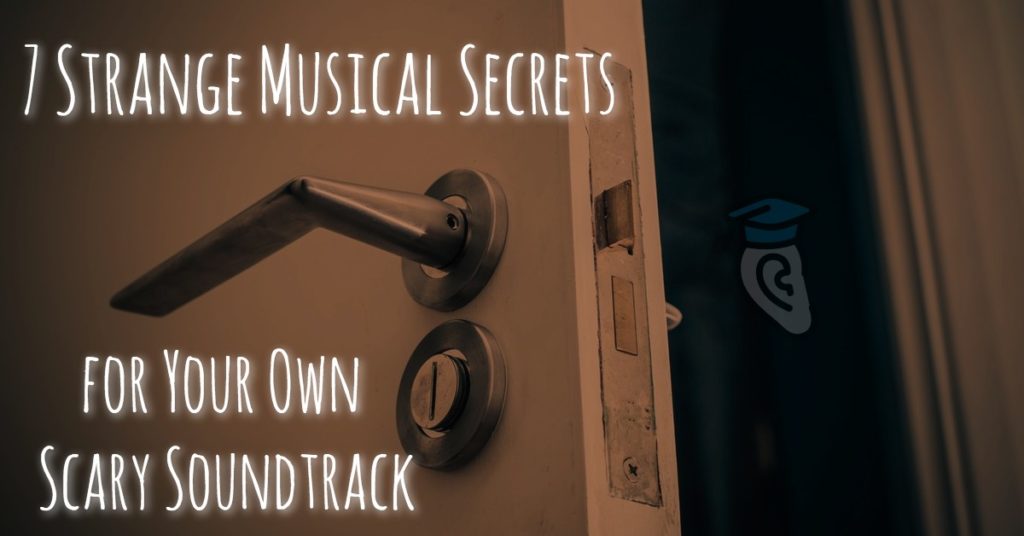 Halloween is upon us, and with Halloween comes a creepy plethora of freaky cult films, scary soundtracks, and a fascination with the horrific and the macabre that overtakes culture by a storm. Learn how to write your own disturbing retro Halloween soundtrack with these seven secrets inspired by the theme from Stranger Things, a new series on Netflix that borrows the best of 70s and 80s horror and science fiction, wrapped all nicely in terror and mystery.

Listen to this original track “Strange Things In My Closet”. As you listen jot down key elements that make this track uniquely creepy and very retro.

Strange Things In My Closet

Halloween Music Tip 1: Borrow from the Masters of the Macabre

As you listen to the three soundtracks and compare them, listen to similarities in musical melodies, repetition, and even the driving rhythm that moves the soundtracks forward.

When you are writing scary Halloween music, while you want to stay original, it never hurts to give a musical nod to the great music that came before. This helps connect your music to other great horror soundtracks in the subconscious mind of the listener. They might not realize that you borrowed from The Omen, Psycho, or Saw but the connection will be there, bringing additional emotions, suspense, and fear.

To emulate the retro sound of our favorite horror soundtracks from the 70s and 80s, use retro-sounding synthesizers for your soundtrack. Instead of opting for the more realistic sounding software instruments and samples that we have today, limit yourself to sounds that clearly sound dated or are based on the original 128 General MIDI sounds. Let your drum set sound like trash, your synths sound a little too tinny, and your effects be more obvious and less subtle. The 80s were a time of MIDI experimentation mixed with traditional analog synths. Recreate this in your music.

For Strange Things In My Closet, I used a synth that emulates a vintage Wurlitzer electric piano. Additional audio effects were used to alter the original sound. 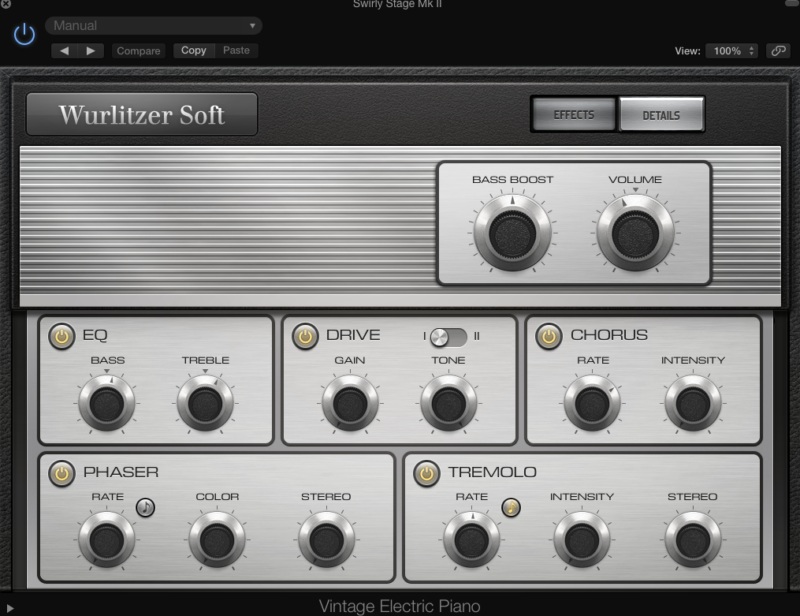 Take a moment to listen to the original theme from Stranger Things.  What is distinct about the rhythm? Besides the melodic ostinato, there is also a very basic drum beat rhythm that sounds much like a heartbeat.

If you listen to Strange Things In My Closet, you can hear a similar rhythm underneath.

You can include musical effects like a heartbeat, scream, footsteps, and more in your score. Use samples from a sound effects library, record your own original samples, or copy these sounds using traditional instruments.

The eerie vocal synthesizer in Strange Things In My Closet achieves its disturbing dissonance by altering melodies using a pitch bend wheel. By moving the pitch bend wheel manually, the vocal melody occasionally clashes with the harmonies and sounds much like a banshee screeching in your ear. Believe it or not, the original patch is for a rather pleasant sounding South African Choir, but the effects and pitch bends change the entire timbre of the vocals, making them more appropriate for a horror film.

The scary vocal synth starts at 8 seconds below and continues throughout the soundtrack.

Strange Things In My Closet

Achieve the same effect by altering the pitch of the vocals by using tools in your DAW like a pitch bend wheel and altering the pitch correction functions to make the vocals sound more out-of-tune. Don’t limit yourself to what your computer creates. There are plenty of ways to achieve similar dissonant effects with acoustic instruments or your voice.

Here is an example from classical music, Henry Cowell’s The Banshee. The performer plays the strings of the piano, creating screeching sounds.

Western music has a very complicated history with harmony. Traditional Western harmony, what you might have learned in music lessons, originally dedicated very specific spiritual attributes to intervals and harmonies. For example, the dissonant tritone was considered the “Devil in Music” because of its unsettling sound. Needless to say, while we have moved past simple modes and intervals to more complex harmonies, some of these notions about harmony persist throughout popular culture.

Minor chords have traditionally been considered a little sad and haunting. Listen to Beethoven’s Moonlight Sonata, written in C Sharp Minor. The overall angst and emotional turmoil, the mental anguish and pain of the composer, shows through brilliantly.

While saying that minor scales always equal sad and scary is a generalization, quickly make your Halloween soundtrack creepy by adding minor harmonies and touches of dissonance.

https://en.wikipedia.org/wiki/Theremin Strange Things In My Closet borrows heavily from both science fiction and horror soundtracks. Using a more electronic sound instead of a traditional orchestra beckons to decades of science fiction film music starting with the theremin in Forbidden Planet by Louis and Bebe Barron to modern TV like Stranger Things.http://theremin

Ghostly vocals and rhythmic effects like the drums playing a “heartbeat” rhythm add a horror element to Strange Things In My Closet. Instead of embedding sound effects samples, I created musical effects using the instruments in Logic. Even if you write strictly acoustic music, you can find ways to incorporate sound effects and musical elements from famous science fiction and horror movies within your orchestration.

Now that you know these simple ways to make your soundtracks scarier, bust out your DAW, open up your piano, warm up with a few screams and creep out with your own Halloween jams.