by Musical U Team | Practice | 0 comments 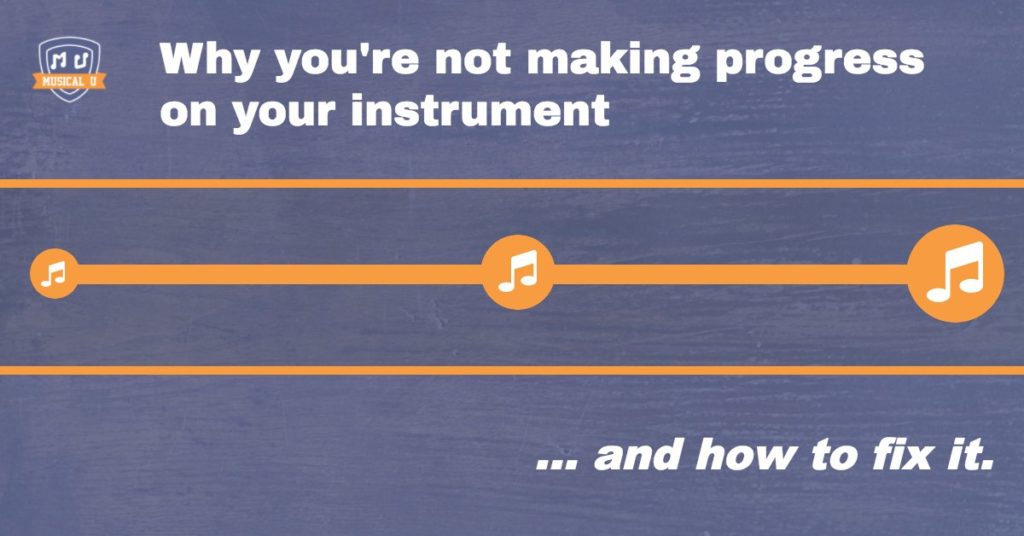 It’s so frustrating. As a musician, you desperately want to make progress on your instrument. You put in hours in the practice room, working your fingers (or lips) until they’re raw. You feel like Miles Teller in Whiplash, playing until blood drips from your bloodied hands.

And by the end of practice, you feel like you’ve made progress. You’re moving more quickly over your runs, scales, and arpeggios. Your movements are fluid, you don’t stumble, and you feel like you could play the part in your sleep. 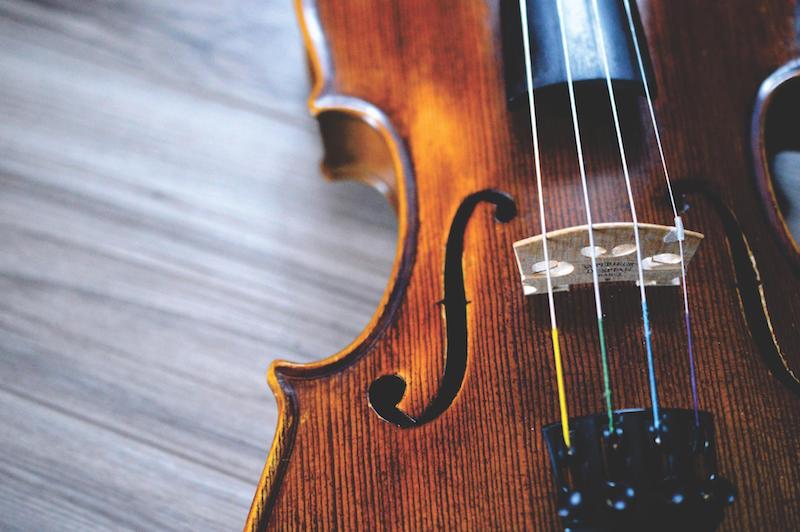 But then something happens…

We’ve got some really good news. The struggle is real. Every musician encounters it. Every musician finds themselves losing the progress they made in the practice room. The problem isn’t you…

So what is the problem? It’s the way you (and most musicians) practice. Which means, of course, that you can solve the problem by changing the way you practice. There is a solution, and it’s not particularly complicated.

In this post, we’re going to propose a better, different way to practice that will produce more measurable results and prevent you from losing so much progress.

Additionally, we’ll give you a few other suggestions to optimize your practice time for maximum forward momentum.

The Problem With Blocked Practice Schedules 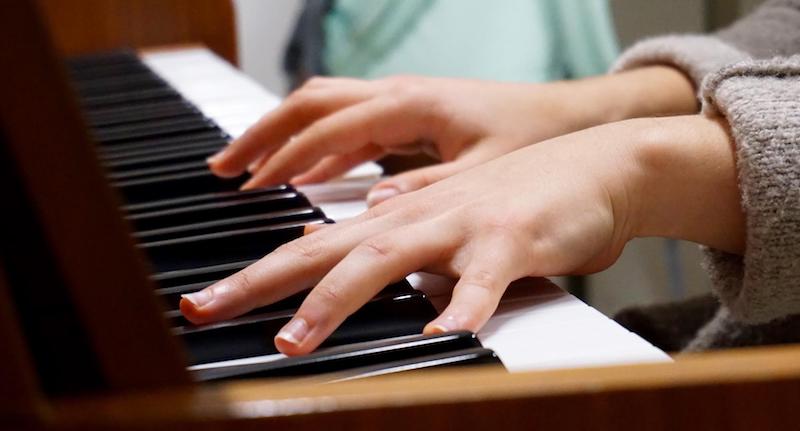 In almost every discipline, from music to athletics, practice is all about repetition. This repetition is called “blocked practice” and it’s the most commonly accepted method of practicing.

Hit 100 fastballs. Shoot 100 free throws. Practice that scale 100 times. Play that piece 10 times without making a mistake. It’s how it’s always been done and few people think to challenge it. You make a mistake, you do it again. You work until you can do something flawlessly, without stumbling.

And, the more you practice something, the more comfortable you feel with it during a given session. You know the feeling. The fifth time you work through a piece is usually much smoother than first. By the end of the session, you feel like you’ve mastered the given section and you expect to pick up where you left off during the next practice session.

Except that’s never how it works. When you come back the next day, it’s as if 90% of your progress leaked out during the night. 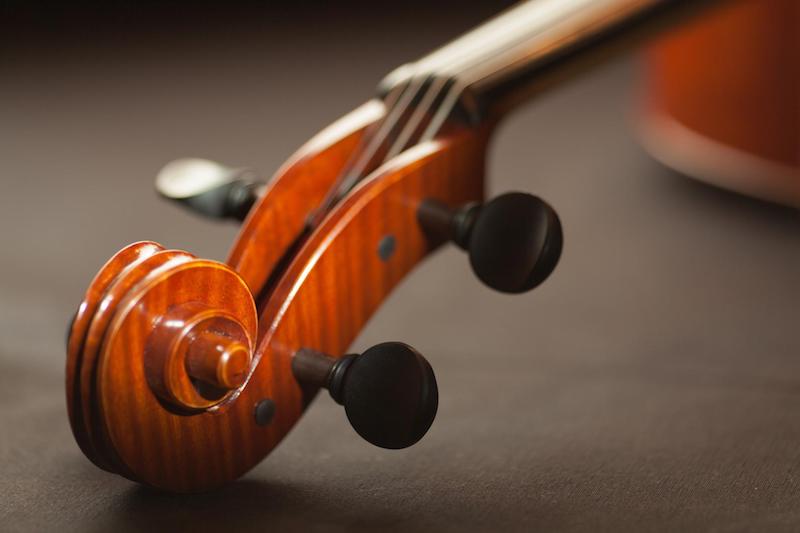 Why? Because the more comfortable you feel with a piece, the less engaged your brain is.

Numerous studies have shown that there is progressively less brain activation when stimuli are repeated. New information is processed more than the information that is repeated. In other words, constant repetition bores our brain and we become less engaged than when receiving new information.

You’re not imagining things. You really are losing a lot of progress when you use blocked practice.

It turns out that there’s a better, more efficient way of becoming more musical and learning an instrument.

A Better Way To Practice 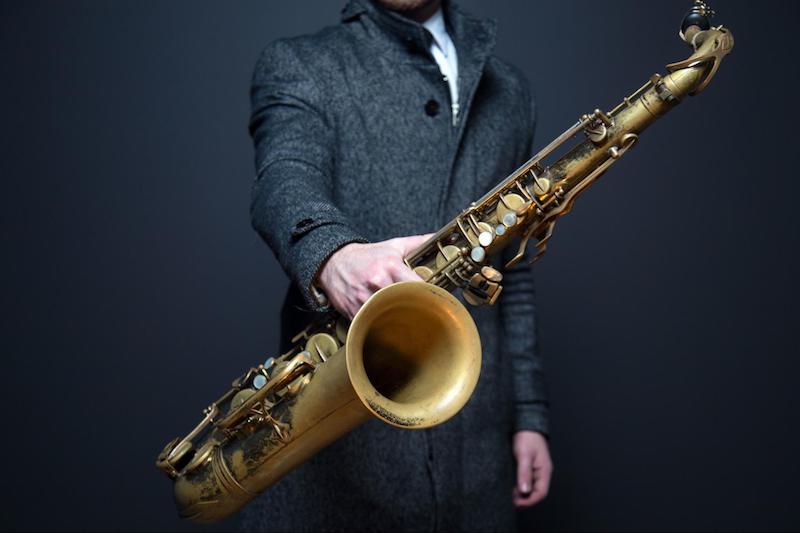 For example, let’s say you’re working on learning 3 scales in the key of G. Normally, you would spend the practice repeating a single scale over and over until you felt comfortable with it, then you would move to the next scale without ever returning to the first. With interleaved practice, you switch between the different scales every few minutes, forcing your brain to restart the learning process with each task.

This method of practice is actually quite uncomfortable. You can’t really develop the smooth rhythm you can when using blocked practice schedules. But (and this is crucial), when you leave a task and then return to it, your brain is forced to reengage and create a new action plan for the task at hand.

During this reengagement period, the brain is highly active, which in turn leads to greater long-term learning. This is called the “contextual interference effect”.

With blocking, once you know what solution to use, or movement to execute, the hard part is over. With interleaving, each practice attempt is different from the last, so rote responses don’t work. Instead, your brain must continuously focus on searching for different solutions. That process can improve your ability to learn critical features of skills and concepts, which then better enables you to select and execute the correct response.

Yes, it’s frustrating to have to switch between tasks repeatedly. It’s annoying that you can’t develop the smooth flow that comes with blocked practice. But it really is more effective when it comes to learning things.

Dr. Christine Carter, an instructor at the Manhattan School of Music says:

Studies of the contextual interference effect have also been performed on athletes, medical students, and college students. The research has shown that they learn much more effectively when using interleaved practice.

In this short video, Robert Bjork discusses the key benefits of interleaved practice:

We agree that expert performance is qualitatively different from normal performance and even that expert performers have characteristics and abilities that are qualitatively different from or at least outside the range of those of normal adults. However, we deny that these differences are immutable, that is, due to innate talent. Only a few exceptions, most notably height, are genetically prescribed. Instead, we argue that the differences between expert performers and normal adults reflect a life-long period of deliberate effort to improve performance in a specific domain.

The point is this: the importance of talent is a myth and greatness is learned through hard work and deliberate effort.

And, to get even more specific, greatness comes through being very intentional about the way you practice your craft. No more wandering through practice, touching a little on this and a bit on that.

Deliberate practice means you have a plan and you work on exactly the areas that most need the work. It’s not easy – but it is the most effective use of your time. 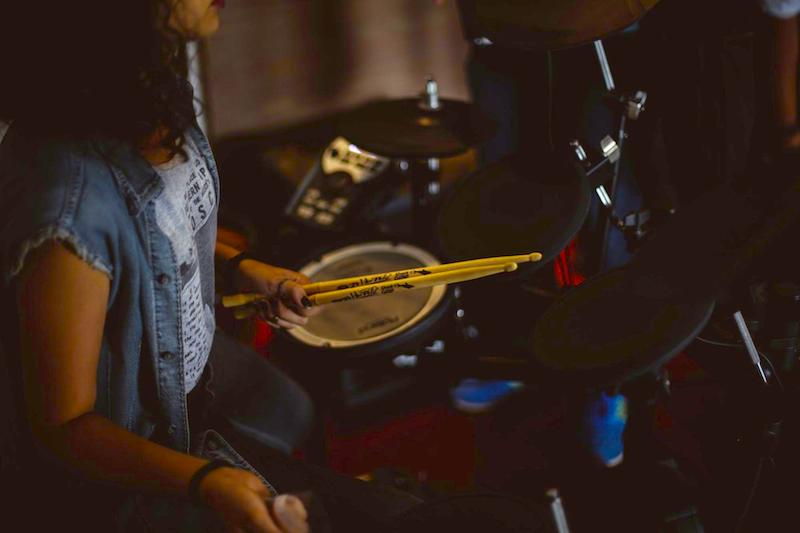 So, how should you implement interleaved practice in your own practice sessions? Instead of spending long sessions working on a single task or musical excerpt, choose several different ones to focus on and then alternate between them. 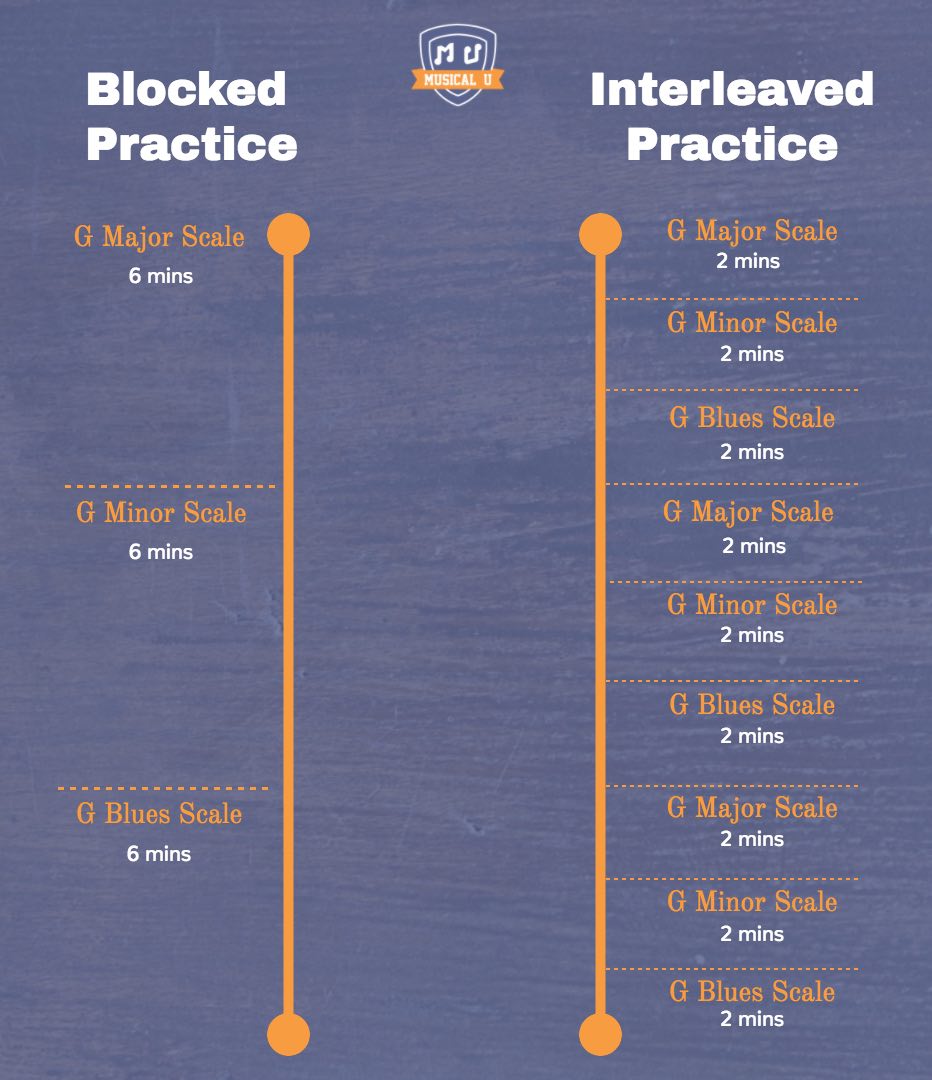 The key is simply finding what works for you. Experiment with the length of each section as well as how long you spend on each section.

You can also mix and match your practice items, interspersing musical excerpts, scales, arpeggios, etc. The goal is to force your brain to be engaged during the entire practice. You know the feeling of slipping into “flow state” when you’re practicing. Although that flow state feels great, it’s not helping you make quick progress. In fact, it’s actually hindering your practice.

Keep mixing things up, forcing yourself to constantly work through different musical pieces.

5 Other Tips For Improving Your Practice Sessions

In addition to implementing interleaved practice, here are 5 other suggestions for upping your performance during your practice sessions.

Set A Goal For Each Practice Session

Don’t simply sit down, play your music, then call it quits. Go into each session with a specific goal. What do you want to achieve? How will you achieve it? What is your long term goal? How will today’s practice propel you forward in your overall goal? This type of thinking will keep the big picture in front of you and keep you from getting burned out.

Map Out Your Practice Sessions

This ties in nicely with interleaved practice. Just as athletes map out workouts beforehand, so you should map out what your practice time will look like. Write out your warm up exercises, what you will focus on during the meat of the practice, and how you will cool down. This map will keep you on track during the session and will discourage you from quitting early.

Just as interleaved practice engages the brain, so does adding in physical challenges. This may sound odd, but some researchers have suggested that something as simple as playing a piece while standing on one leg can carve out new neural pathways in the brain and improve your overall performance.

Keep Your Supplies Nearby

Look, practice is hard work. It’s supposed to be. By the end, you should feel a bit drained, mentally and physically. And if you’re using interleaved practice, you’ll feel even more drained since you refused to let your brain enter flow state. After practice, give yourself a reward. You’ve earned it! Ice cream, candy, a nap, whatever will motivate you to keep going during the practice.

When it comes to learning an instrument, practicing harder isn’t the same thing as practicing smarter. After all, what benefit is it to practice hard if you lose 90% of that practice afterwards?

Interleaved practice is both harder and smarter. You won’t feel as comfortable while you’re doing it, but you may be amazed by the results.

Now what are you waiting for? Pick up that instrument and go!