Home » How To » Song Writing » Transpose and Terrify! 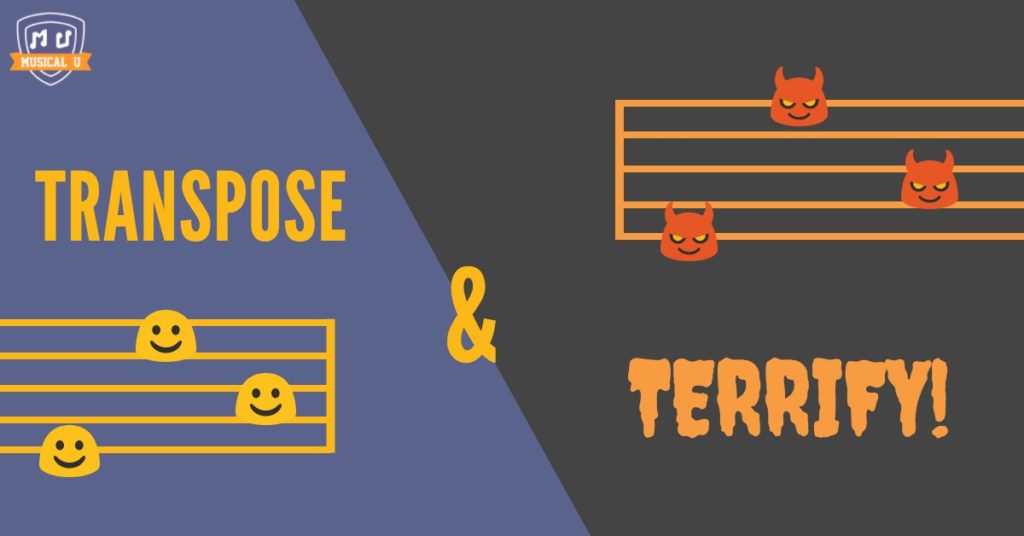 Looking for some creep-tastic song inspiration this Halloween season? How about some nursery rhymes… with a minor twist.

In this tutorial we’ll examine some famous melodies that were transposed into minor keys, and we’ll show you a simple process to help you create your very own macabre nursery rhymes.

While the traditional version of “Twinkle, Twinkle Little Star” might bring back memories of bedtime stories or Kindergarten classes, the minor version just might give you goosebumps.

Likewise, musicians have been transposing songs from major to minor keys since… well, probably since the aeolian mode (a.k.a. the minor scale) was created sometime in the late middle-ages.

Why? Because it’s fun. And it’s a great way to engage with an audience. You’re giving them something familiar, but also something unexpected at the same time.

“Haven’t I heard that song before? Oh wait…” 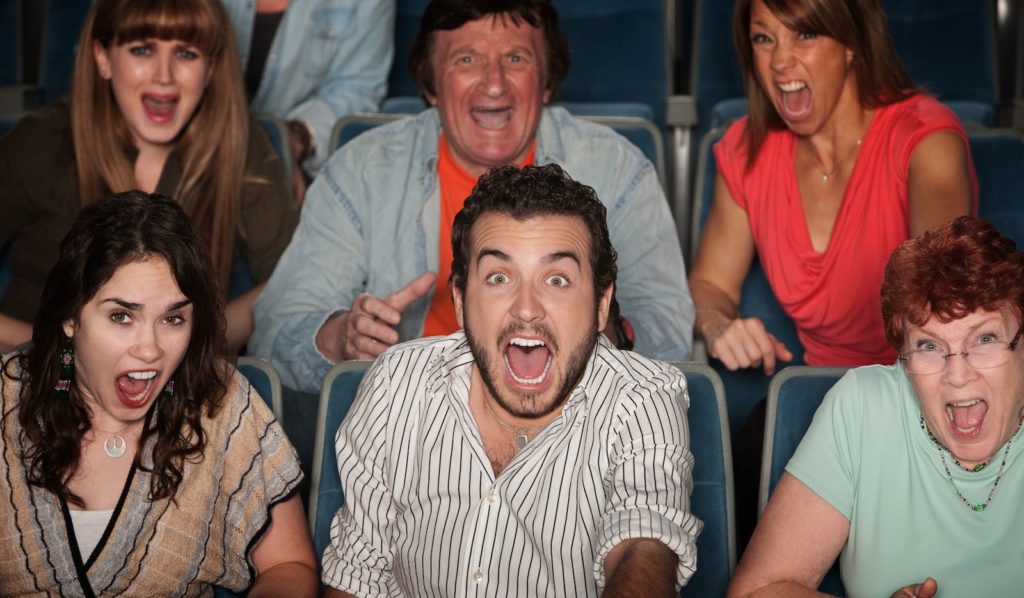 Let’s take a look at a twisted nursery rhyme from a famous composer. Does this tune sound familiar to you?

Gustav Mahler’s Symphony No. 1 in D Major features a macabre version of the French nursery rhyme “Frère Jacques” (“Are You Sleeping?”) in the opening of the 3rd movement.

Instead of the playfully sweet children’s round, his audiences were treated to a slow death-march inspired version of the melody with sparse ornamentation.

The resulting melody sounded downright creepy — a perfect match to the strange wood carving that inspired Mahler to write a funeral march in the middle of his symphony.

The wood cutting that inspired Mahler’s Symphony No. 1, Movement 3: ‘Gestrandet! (Totenmarsch in Callots Manier)’ or ‘The Hunter’s Funeral Procession’

Let’s take a look at what Mahler did to the beloved French nursery rhyme. Here’s the original tune:

And here’s the solo that opens Mahler’s 3rd movement.

The melody is almost verbatim, with a few extra notes added in the first and second phrases, and also again in the sixth and seventh phrase. (Marked in red.)

What makes it sound so creepy?

Mahler transposed the melody from major to minor by lowering the 3rd and 6th notes of the scale. Add really slow tempo, and suddenly a happy tune sounds like a funeral march!

Ready to make your own creepy-sounding song?

Follow these instructions to cook up your own spooky minor stew:

Nursery rhymes typically have simple melodies that are easy to figure out by ear. Since most nursery rhymes are also really old, they’re considered public domain, so it’s also easy to find free (and legal) sheet music online.

Here are a few song titles to give you ideas:

Step 2: Figure out the key of your song.

This will help you know what notes to change. If you’re working by ear, look at the ending note of the piece — most pieces will end of the tonic (or “Do“). That’s the name of your key! If you’re working from sheet music, use the key signature to figure it out. Reference the Circle of Fifths if you’re not sure. Now it’s time to transpose the melody into a minor key. We’ll use “Twinkle, Twinkle Little Star” as an example, but first, let’s take a look at the major scale vs. the minor scale:

Notice that the 3rd, 6th, and 7th scale degrees are all lowered one semitone (or half step). This is what gives the minor scale its spooky sound.

It’s worth mentioning here that there are actually three different forms of the minor scale. Depending on your preference, you may wish to use the harmonic minor scale, which doesn’t lower the 7th note.

Don’t worry though — most nursery rhymes use a very small range of notes, and the song you choose may not even use the 7th scale degree. If your song does use it, experiment and see which sound you like better: “te” (flattened) or “ti” (same as major).

Now let’s take a look at what you have to do to change the melody of “Twinkle, Twinkle Little Star” from major to minor.

Here’s what the original melody of “Twinkle, Twinkle Little Star” in C major:

And here’s the transposed melody, where we’ve changed the la and mi to le and me by lowering them a semitone. Listen to the difference those tiny changes make!

If you’re playing a melodic instrument, then you can skip over the next step. But if you play a harmonic instrument or if you want to collaborate with someone or create a backing track for your song, continue to step 4.

Now it’s time to add some harmony! Remember that you’ve changed several notes of your scale, so the chords you used with the song in a major key won’t necessarily be the same in a minor key. We have a handy guide on minor chords, if you require a refresher.

Here are the chords for “Twinkle, Twinkle Little Star” in major:

And here are the chords in minor:

One more note: while the melody of “Twinkle, Twinkle Little Star” doesn’t use the 7th scale degree, one of the chords does use it. The G7 chord contains the notes G – B – D – F.

If we stick to the natural minor scale and use a B♭ it produces a Gm7 chord which doesn’t quite have the intensity as the regular G7 chord:

You may come across this in your song! Experiment and see which sound you prefer.

Whether you’re a soloist, playing in a band, or just playing at home for sheer enjoyment, we hope you find this major/minor tutorial helpful. Exploring familiar tunes such as nursery rhymes, folk songs, or other traditional music can be a great way to hone your musical skills and creativity. It can also be a jumping point for further composition — perhaps it will inspire you to write some of your own Halloween tunes!