The Rise of Dubstep

by Musical U Team | Genres, Rhythm 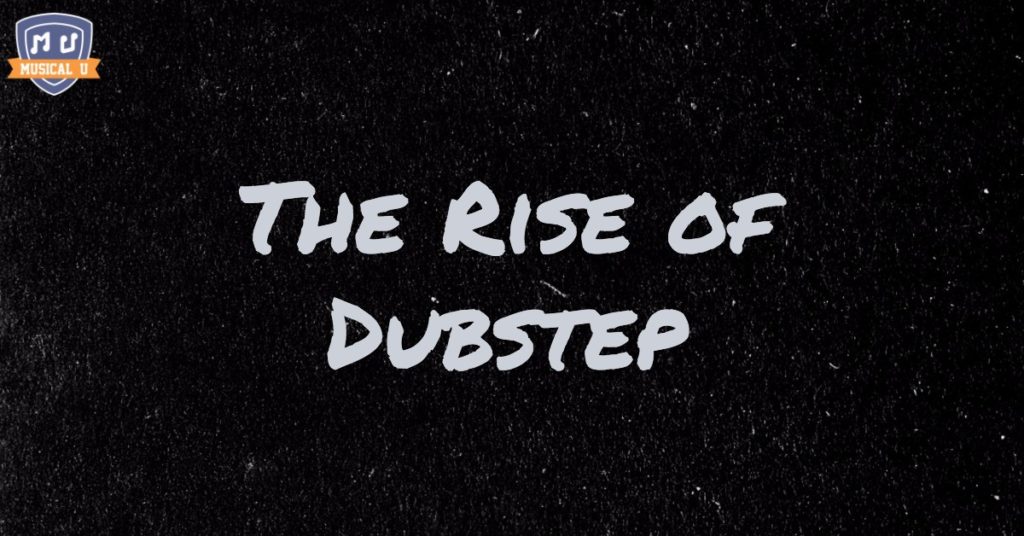 Fusing elements of grime, 2-step, reggae, dub, and UK garage, dubstep is a relatively new style of dance music that arrived on the scene in 2008, generating plenty of buzz because of its far-flung mix of influences and unique sound.

Artists such as Skrillex, Flux Pavilion, Skream, and Digital Mystikz were among those who really pushed the envelope with regards to dubstep, experimenting with its basic structure to evolve the genre to new levels. They used crazy sound effects and obscure vocal samples to add punch, interest, and feeling. They even remixed existing music as dubstep songs for an exciting and fresh new take on the music.

This is a summary post.
→ Read the full article

UK electronic duo La Roux’s collaboration with Skream resulted in a beautiful, haunting take of their song “In For The Kill”:

As a result, dubstep rapidly grew in popularity, becoming huge in North America. The genre found its way into mainstream music, with artists such as Britney Spears and Taylor Swift spicing up their own songs with elements of dubstep.

Because it borrows from so many other genres, resulting in such a distinctive style, it can be hard to describe exactly what defines dubstep.

But looking closer, we can see that certain elements result in the strong bassline and characteristic rhythm of dubstep music.

To understand the rhythmic pattern of dubstep, we must first look at cut time, the time signature responsible for dubstep’s distinct “2-step” feel.

The distinction between these two can be a bit tricky to understand. These two time signatures last the same amount of time – that is, one whole note.

This difference also results in a different vibe for cut time, which is the foundation of the rhythm of dubstep!

Cut Time as the Backbone of Dubstep

A lot of electronic music is traditionally composed in 4/4 time, with a quick tempo of around 120 beats per minute (or more!). This lends a “fast-pulsing” feel to the music.

Dubstep, in contrast, can’t be considered “fast” in the conventional sense. It is instead built around a characteristic kick drum-snare drum alternation, played at a relatively slow speed of 70 beats per minute.

This simple base rhythm is then embellished and overlaid with other beats to create a bass-line heavy, danceable track.

Besides the characteristic kick-snare pattern (and that wub-wub-wub-wub sound!) heard in so many dubstep songs, what makes dubstep dubstep?

The answer lies in the type of rhythmic patterns used. These complement the kick-snare “bassline”, adding interest and rhythms-on-top-of-rhythms.

Syncopation involves a disturbance in a normal flow of rhythm in a song. It results in rhythmic accents where they wouldn’t normally occur, stressing the normally-un-accented beats and adding an interesting dimension to the beat of the music. Dance music, in particular, often makes use of syncopation to create a “shuffle” or a “groove”.

Dubstep employs syncopation through the use of a dotted 8th note rhythm. In this case, dotted 8th notes alternate with regular 8th notes, creating a distinctive and very danceable rhythmic layer over top of the slow kick-and-snare backbone that dubstep is typically built on.

Arpeggios are essentially the deconstruction of a chord – the constituent notes are played in rising or descending order, one by one. Many synthesizers have an arpeggiator, a built-in feature that plays an arpeggio on loop so that the musician using it doesn’t have to worry about playing each individual note.

Here’s an example of some arpeggio loops:

Arpeggios are an absolute staple of electronic music. They’re used in intros and drops, adding anticipation and a sense of urgency to the music, as well as filling out the song. In dubstep, 16th-note arpeggios are used in the forefront or the background to fill out the kick-snare beat.

The influence of reggae music is felt in dubstep through the use of the upbeat chord. In dubstep, this upbeat chord commonly falls perfectly between the kick and snare of the basic beat.

This creates the feel of triplets, filling out the beat further and lending it a “rolling” vibe.

Going further, reggae has proven to be such a big influence on dubstep that many dubstep songs even sample reggae songs, fitting them to the distinctive slow kick-snare beat!

The expected bass drum pattern on 1 and 3 sets up the dubstep artist with many opportunities to break the rules. Skrillex’ “First of the Year” starts off tamely enough (if anything about dubstep can be called “tame”) but listen at [1:06] to how the unpredictable variety of bass drum hits on different beats of the measure catch the dancer delightfully off guard:

Pushing the Envelope of Dubstep

As you can see, this already-fascinating fusion of 2-step, grime, reggae, dub, and UK garage has been pushed into even newer and more exciting territory by the masters of the genre, resulting in dubstep finding its way into the MP3 players (and hearts!) of music lovers worldwide.

Keep your ears out for these distinctive rhythmic patterns that make dubstep, dubstep. These fascinating, sometimes-complicated beats will go a long way in helping you train your ears as a musician!