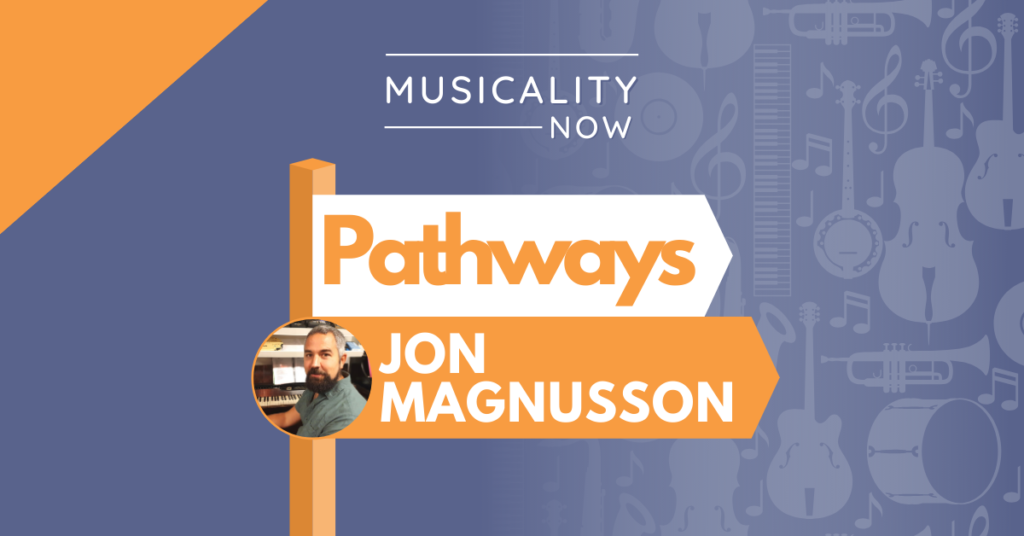 We are delighted to bring you another exciting edition of Pathways. In this special series of episodes you’ll hear the stories of music-learners just like you, reaching out and lending each other a hand on our musical journeys. Today we’re speaking with Jon Magnusson, a Swedish songwriter, multi-instrumentalist, and father who has done what many in our audience dream of: made music his full-time profession.

In this inspiring conversation you’ll gain insight not only in to the business side of Jon’s career, but also in the ways he’s dedicated himself to improving his musicality.

Whether you’re serious about making a career in music – or you’re just a casual hobbyist – you’re going to enjoy this behind-the-scenes look at how business and musicality can help each other.