Music and Addiction: A personal reflection 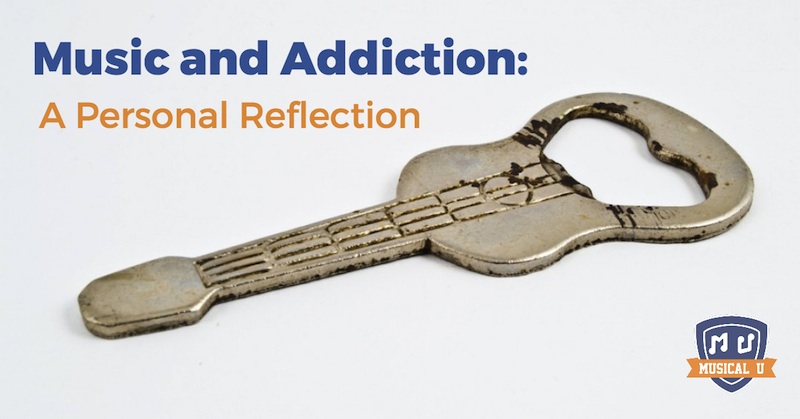 As musicians you would think that by now we would be well aware of the impact that drugs and alcohol have, not only on music but our lives in general. Yet it seems there is always a news article of another big name in treatment or a musician who has died from addiction.

This list is by no means complete. Many other great names had long-time struggles with addiction.

Most recently Scott Weiland of Stone Temple Pilots died. Through my own involvement in the music industry I had heard over and over of his addictions and its effect upon his bandmates and music.

When he died one article stood out over the rest. His wife wrote a letter on behalf of herself and their kids. The letter spoke the sobering reality of addiction and its effects. We think about the “music” but it goes so much deeper than that.

So why do I bring all this up?  Because in music alcohol and drugs are so very prominent. Are they in other areas of life?  Sure, but I have found over my many years that it seems to show its face much more in music than anywhere else.

Part of the problem is that actually we talk about it in the music: we praise its impact, we idolize those who don’t have control of it. Many a time I have seen friends drink themselves and snort, shoot or smoke themselves into oblivion, just to be “hip” and “rock n roll”.

The Reality of It Musically

Myth: You may have heard some state that smoking or drinking “takes the edge off”, helps them be “more creative”, “opens their mind”.

Reality: It doesn’t. If anything it distorts your perception of reality.

One good friend of mine who has put out quite a few albums and toured said that when he was a kid he felt that when he was “high” he was more creative. But he said later when he got clean he re-listened to old recordings and couldn’t believe how bad and sloppy he was.

Another example of this is the days of Eddie Van Halen through his bouts of alcoholism. You can tell by listening when he has been clean and when he has been drunk. I had both the good fortune to see him live clean and it was amazing. However I also saw him at a music trade show when he was deep into his addiction and both in his appearance and his playing, it was sad. Seeing him up close you would have thought he was not going to be around much more longer. Thankfully he got treatment and seems to be keeping with it.

As far as boosting creativity: one of the most creative musical minds in history was Frank Zappa. He was known for being particularly musically hard on himself and his band, but put out some amazing music as a result. The notable thing is, he had an adamant “no drug use” policy for those playing in his group.

I had the blessing of seeing the legendary Stevie Ray Vaughn before he passed but after he cleaned up. It was an unforgettable concert, one of the best I have been to.

He spoke about his addiction and his cleaning up. How powerful it was to say what he did, in front of a crowd of many who needed to hear it. It was definitely not the norm and so powerful. Later I would hear how he took time to contact local AA chapters and invite others backstage to talk and pray with as they were getting through their struggles.

Here is a great video of him in concert speaking about it.

Drug use and addiction is a complex and emotional topic for many musicians, but as the examples above show, it is a topic we cannot avoid. What can we learn?

At Musical U we love to see members supporting each other as they grow in the language of music, and with it other areas too. Music can be such a healing tool. Use it as such and it is amazing.

If you need help or find yourself battling it yourself there are places to contact. These days all you have to do is type in “drug recovery” or “alcohol recovery” into a search box and you will get a list of places to contact. Don’t be afraid or nervous. There are many out there who want to help.

I’ll leave you with one more inspiring example. Eric Clapton, who is a recovering addict, opened his own recovery center, Crossroads Centre Antigua and a regular music festival in support of it. That is how seriously he takes the problem of drugs in music and how much he believes in the potential for recovery.