Home » How To » Active Listening » Listen Close: The Sound of Sport

Listen Close: The Sound of Sport 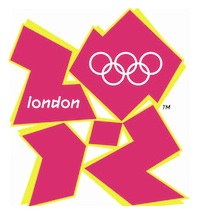 Note: Unfortunately Coca Cola have now taken down their web pages for the 2012 Olympics, so we have had to remove many of the links from this article.

The London 2012 Olympic Games are sadly coming towards their close, but there’s still time to check out one of the coolest projects of the games:
“Anywhere in the World”, a Mark Ronson-produced dance track featuring the most distinctive sounds of six Olympic sports: Sprinting, Table Tennis, Archery, Hurdles… and Tae Kwon Do!

Ronson has been travelling the globe, taping microphones to athletes’ legs, arms and chests, trying to make music from all the sweat and exertion.

Take British table tennis ace Darius Knight. He has a “very unusual grunt”, Ronson told the Associated Press. “Sometimes he uses it to put off his opponents, and sometimes it is a sound of victory – to me it sounded like James Brown, so I knew I would use that.”

Ronson has hijacked further sounds from Singapore archer Dayyan Jaffar, American hurdler David Oliver, and Mexican taekwondo expert María Espinoza “kicking the crap out of somebody”. There is also the ragged panting of Kseniya Vdovina, a Russian runner, catching her breath at the end of a sprint. “I knew the breath was going to be an important sound,” Ronson said. “The emotion I felt after hearing like that – I wanted to put that in a track.”

So what’s all this got to do with ear training? Well, we think this is a superb project to delve into and hone your ear! For example:

We’d really recommend starting by just listening to the track. Play the video below – but don’t watch! Close your eyes and listen carefully. What can you hear?

Once you’ve listened through a couple of times, play it again but this time watch the video. You’ll get some clues as to where the various sounds come from! Then read on to find out more…

You can learn more about how Mark Ronson approached the challenge of making music to live up to the sporting splendour of the London 2012 Olympic Games, including input from sports sound expert Dennis Baxter on how he dissects each sound into its key components in this great documentary:

Basically what I try to do is to break down the individual elements of the sound — so the runway, the springboard, the actual vault itself, and the landing. Get the Move to the Beat London 2012 iOS app

The official Coca-Cola website for the project features a fun “Create My Beat” app where you can pair up a sport and a musical genre to create your own custom mix.

There’s also an iPhone app where you can create your own remix: “Bust out your own loops and beats based on the official Coca-Cola anthem for the London 2012 Olympic Games: Mark Ronson featuring Katy B’s “Anywhere in the World”, just from the motion of your phone.”

See it: Live and in person

Not content with an original track and multiple remixing apps, Coca-Cola also funded the “Beatbox 2012” installation in the Olympic Park:

— Pernilla Ohrstedt and Asif Khan, designers of the Beatbox

See it in action:

We’re not sure how long the Beatbox will be around, but if you’re based in London (or just visiting) and can get into the Olympic Park, we’d highly recommend having a play in person!

It’s easy to get caught up in all the sporting hype surrounding the Olympic Games, but let’s not forget what’s truly important: Music and ear training!

… just kidding! Congratulations and huge respect to all the athletes competing at the London 2102 games, and the fantastic organisation which has made it all possible. And thanks to Coca-Cola for providing such a rich musical project for us ear training enthusiasts!