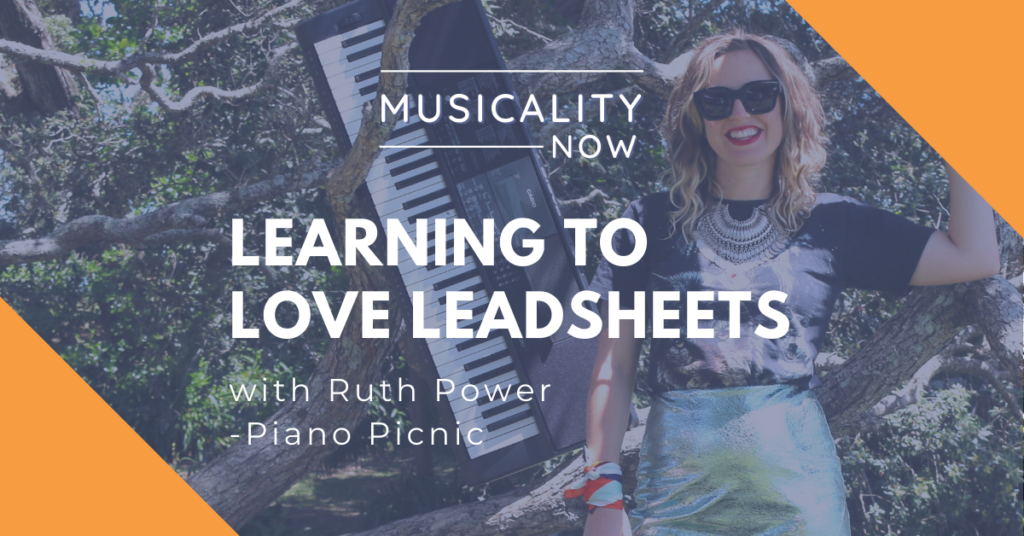 We are joined by Ruth Power of Piano Picnic, home of high quality online training courses for pianists. However, this is not our usual kind of interview episode. We’ve invited Ruth to talk about something very specific: lead sheets.

Ruth brings a fun energy and creativity to the teaching process, and her material is always really cool and interesting. When we heard she was releasing a new course called Lovin’ Leadsheets we knew had to bring her back on the show!