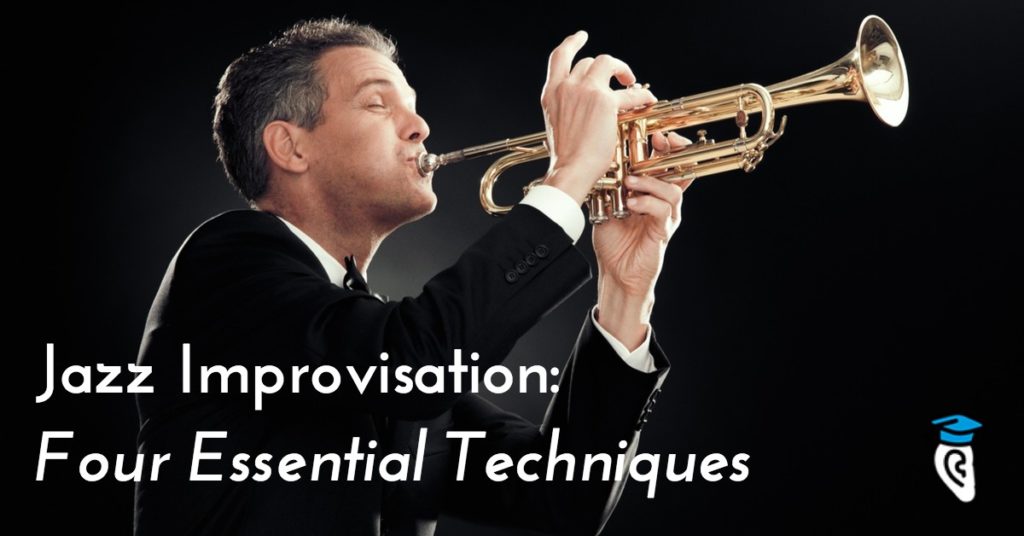 In our introduction to improvisation, we touched on several world music traditions. Now let’s look closer at some of the most frequently used techniques in jazz improvisation. Music is essentially made of three elements—Melody, Harmony, and Rhythm— with each playing an essential role in delivering the final piece. Over the years jazz cats have explored dozens of concepts on improvisation, coming up with new ways of improvisation and taking their art to the next level with each generation of musicians.

Learn everything, then forget it all. – Charlie Parker

The Language of Jazz

When learning improvisation people often draw parallels with learning a foreign language. New words, phrases, and grammar enable greater communication in a new environment. Improvisation is very much the same: as you learn patterns, licks, chord shapes, different tonalities, sequences, and harmonies, you gain more flexibility and fluency in your improvisation

The more musical language you know the more freedom you gain when improvising. Essentially improvisation is finding freedom within certain boundaries, dictated by melody, harmony and rhythm.

Speaking of boundaries, jazz is known for pushing through the diatonic boundaries to explore the chromatic. What does that mean? Diatonic means you remain within the current seven-note scale, and chromatic means that you extend your harmonic exploration to include all 12 tones in the Western music system.

Let’s look into some of the most typical melodic techniques used when improvising. There are four essential approaches: sequences, arpeggios, scalar improvisation and neighboring (and leading) tones.

One of the best ways to learn improvisation techniques is by transcribing solos of iconic artists and analyzing their ideas. Of course nothing will teach you more about improvisation than actually improvising.

Let’s jump right into the fire with this one. “Giant Steps” by John Coltrane is one of the most challenging pieces in jazz improv, due to its fast changes and insanely fast tempo. Coltrane’s solo starts at [0:35] and it is a perfect example of all those four improvisation elements. 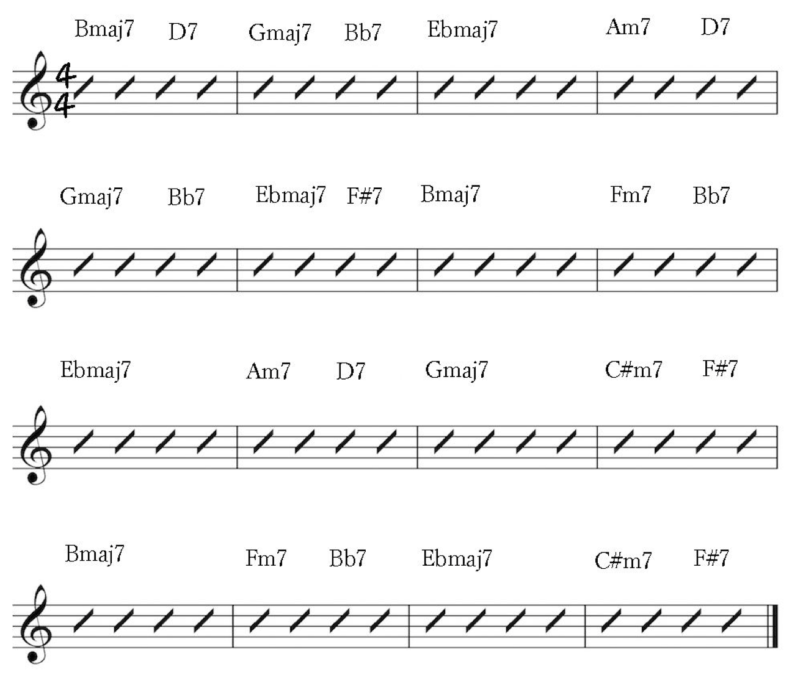 Kenny Kirkland’s solo on Wynton Marsalis’ “Black Codes” is another great example of jazz improvisation vocabulary. Jump to [6:12] to hear him launch off his solo with an ascending sequence. Another cool descending pattern is found at [7:53]. Also notice a phrase played at [7:30] and then repeated and developed at [7:46].

Our next record is from a live recording by one of the most hyped jazz quartets of the 1990s featuring Pat Metheny, Dave Holland, Jack DeJohnette and Herbie Hancock. We’re going to be looking into the piano solo. Herbie Hancock is an amazing musician and his solos are worth transcribing regardless of your instrument. Jump to [6:44] to hear his skillful use of an ascending arpeggiated sequence.

You can clearly notice how his solo is composed of a combination of those four elements (using sequences, arpeggios, scales and neighboring tones). Another sequential example kicks in at [6:02].

Let’s listen to Miles Davis’ solo on “So What” – another classic and iconic tune. His solo hits at [1:30]. You can hear just how different Miles’ solo approach is in this case. Landing on the tonic in the very beginning, he keeps on playing around it with little motifs before developing the idea further on [1:40] and then resolving back again to the tonic.

The first few melodic phrases all use the neighboring tones approach. This record uses only two chords all the way through and much slower tempos comparing to “Giant Steps”. The entire solo is almost exclusively based on playing diatonic melodies.

When it comes to discussing jazz vocabulary, it’s impossible to leave out Charlie Parker. Parker’s phrasing is essential: Jazz cats spend countless hours dissecting Bird’s solos and using them as part of their vocabulary. Chromaticism and arpeggios outline the changes in Parker’s approach.

He is the originator of some of the most frequent phrases played in jazz: check out [0:48]. It’s an arpeggio played behind the bar starting with a triplet and going into a scale played in 8th notes. As an exercise, jazz musicians will take a lick like this one and play it in all tonalities and different registers.

Improvisation isn’t about playing new stuff all the time: improvisation is about playing music and music is governed by certain vocabulary like sequences that help you follow the melody and grooves that keep your head nodding. Thus it is important for your improvised melody to guide the listener through an enjoyable experience. Perhaps one can call improvisation “directed freedom” as the best improvisers don’t play random notes: they clearly know what they’re doing and where they are going with the song.

It’s surprising that so much in jazz improvisation is based on sequences, arpeggios, scalar improv and the neighboring tone technique. Yet, as in language, these simple approaches can combine to produce beautifully elaborate musical structures. Learn these four approaches, and you’ll be well on your way to your own freedom of expression!