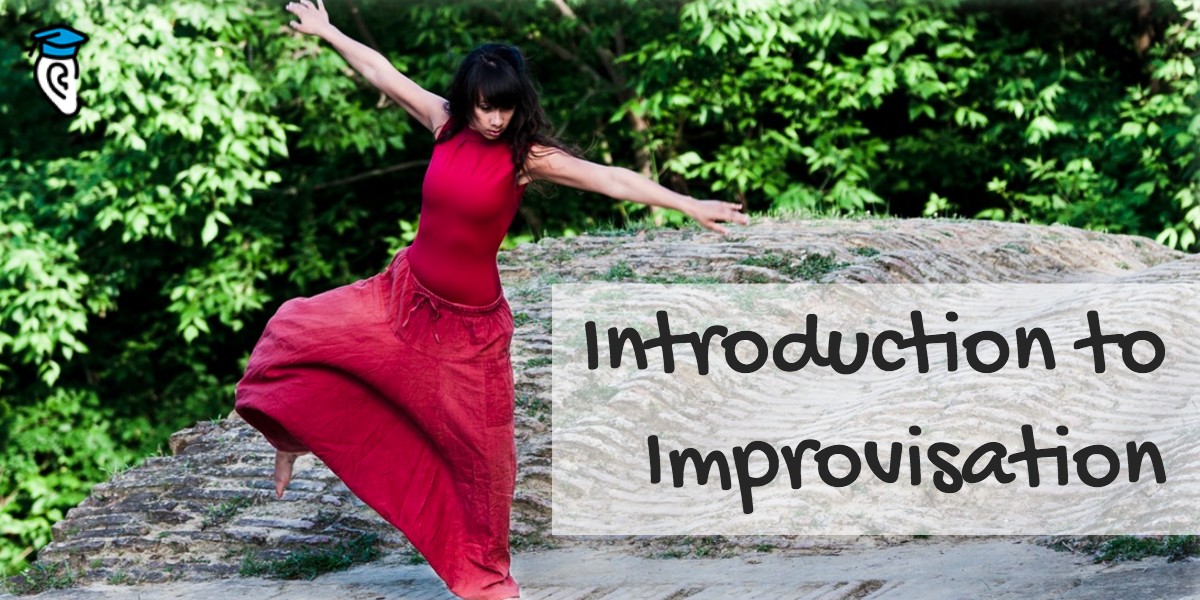 Improvisation: a topic that is full of once-in-a-lifetime moments, tremendous virtuosity, freedom and… controversy. Why controversy? Because there’s a healthy dose of misconception as to what is improvisation actually is.

It is an ultimate form of art, perhaps the most perfected in the realm of music so far. Nonetheless it is present in other art forms and virtually everything that we do on a daily basis involves some kind of improvisation. Like life itself, musical improvisation is dynamic and ever-adjusting to the world around us. Once you master the rules of improvisation you achieve great freedom of expression: the most rewarding artistic experience a creator can achieve.

The art of improvisation has been part of music since time immemorial. Before the invention of musical notation systems musicians had to rely solely on memory to play a particular piece, and so there was much more emphasis on developing the ability to improvise new musical ideas and new interpretations of shared ideas.

Long before the current tradition of performing music note-perfect from written scores, ancient shamans gave birth to human musical expression, summoning supernatural forces through song and drum. Spontaneous composition flourished as humans responded in the moment to their inner and outer experiences, improvising naturally as they made music. Many people, especially non-musicians, believe that improvisation is simply playing what you feel or whatever comes to mind. This is ultimately true and is the final goal of the improviser. However, that doesn’t mean that everyone grabbing an instrument and playing what they claim they “feel in the moment” is improvising! Improvisation is a language and, like any language, it has structure, rules, patterns, and clichés.

Improvisation is a language and like any language it has structure, rules, patterns, and clichés.

There are several major traditions today that employ musical improvisation. We’re going to have a peek at Western traditions—Jazz, Classical and Rock—and the Asian traditions of India.

Let’s start with Jazz. Evolving in the beginning of the 20th century, jazz once dominated the charts and was the pop music of its time. In the 1950s it metamorphosed into a form of high art and has been progressively expanding diving deeper in the concepts of harmony, melody and rhythm. Let’s listen to one of the older jazz records to get a sense of early jazz improvisation.

“Sing, Sing, Sing” is a classic. You’ve probably heard this one in commercials and movies. Jump to [0:58] to hear Benny Goodman’s short clarinet solo. Swing jazz improvisation during that era wasn’t overly complex. You can hear how Goodman flies effortlessly through a few blues licks. Blues played a major role in shaping the sound of jazz , so it’s very natural to hear the influence of blues everywhere in jazz.

Over the years, jazz developed into a beast as musicians created and discovered more ways to improvise utilizing advanced harmonic concepts, poly-rhythms, and fresh ways to construct melodies.

Check this Wynton Marsalis solo from 1996 on “Cherokee” – an insanely fast tune with lots of harmonic changes. Wynton’s solo here is based around a variety of jazz improvisation concepts including arpeggios, sequences, modal improvisation and more. The solo starts at [0:10]. These days jazz has progressed even further and we’ll look deeper into the contemporary jazz sound in future articles of this improvisation series.

Improvisation was very common in Classical music, during the times of great composers like Bach, Mozart, and Liszt. In time the focus narrowed to interpreting pre-composed music according to the score. Nowadays classical music performance seems to rely more on the performer’s emotion and expression while performing the music exactly as written, rather than involving any creative composition of their own.

Beethoven, for example, first made his name in Vienna as an improviser, before achieving fame as a composer. Today classical music improvisation is extremely rare and isn’t the focus of a performing classical musician, though the art is being revised by a curious mix of historical performance buffs and modern iconoclasts.

Here’s an example of an improvisation based around a famous Chopin piece. This classical improvisation utilizes a specific approach:

The super-long rock guitar solo is the stuff of legends, awe, and parody. Just like jazz and classical music, rock improvisation relies on elements present in the genre:

Jump to [5:36] in this example to hear Alvin Lee shredding a good ol’ rock solo. Pay attention to the sequence of faces he’s making – if you are serious about improvisation you will need to study these thoroughly!

On a serious note though, rock solos are typically played over a blues progression, or over a bass groove, or a song structure. A rock solo wouldn’t feature the same harmonies found in jazz. The basic harmonic function of music revolves around the tension and resolution between the tonic and the dominant—the rest is all embellishments. Rock tends to stick to the fundamentals. We’re going to look into more rock solos later in this series and discuss the topic in greater detail.

Certain traditions have retained the authenticity of their musical culture since ancient times and rely heavily on improvisation as their major building block. The Carnatic (South Indian) and Hindustani (North Indian) arts both span more than six thousand years in traceable tradition and are passed on from one generation to another in schools and families.

The difference between Asian musical traditions and those of the Western world are quite drastic:

Listen to this example performed by Ustad Srinivas. Notice the glissandos (continuous slides between two or more notes), melismas and vibratos:

In Indian music the ragas (somewhat comparable to Western modes) describe specific emotional states and reflect a certain mood and time of the day.

Explore Improvisation and Discover Yourself

We have seen that the language of improvisation is as diverse as the musical traditions that foster it. Each tradition combines and recombines the basic elements of music in specific, identifiable ways.

Sometimes the emphasis is emotional, sometimes it is conceptual but the ultimate goal of a performing artist is to reach complete freedom of expression. While improvisation can be beautiful at the most basic levels, artists of these traditions dedicate years of passion and knowledge to achieve this freedom.

So why not start now? Improvising helps you develop your technical ability for a clean and coherent performance and builds the theoretical knowledge required to fully control your own sound and musical direction. Through improvisation your ears will help you bring what you hear inside your head and heart out into the world through your instrument.