Isn't it time you learned to sing? 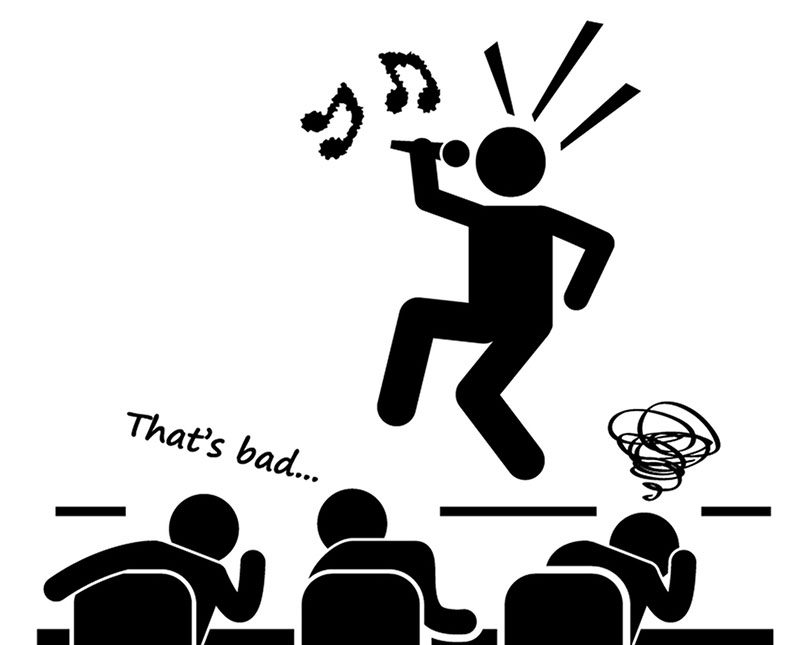 Why would an accomplished musician take up singing when they were already succeeding as an instrumentalist? What makes singing so important for musicians and so vital for good musicianship? And why would you take lessons rather than just trying to teach yourself to sing?

Easy Ear Training author Nick Long recently tackled all of these questions himself and we asked him to share his experience and learnings so far, in the hope that it might inspire a few more musicians to start using the most powerful ear training tool they have: your voice.

Over to you, Nick! In the olden days: studiously ignoring the microphone!

The first question to answer is, I suppose: “Why sing?”

I suspect for people that already sing this might seem like a daft question, but I’m always surprised by the number of musicians I know who don’t sing. When you think about it this is kind of crazy; after all it’s the one instrument you are born with and will always have with you. It seems kind of weird that you wouldn’t learn how to play it properly.

Quite apart from the enjoyment you can get out of it there are plenty of reasons why it’s a great idea for musicians to sing. It’s a wonderful way of getting your ideas and suggestions across to another musician especially if you don’t read music. As a guitarist working with a brass section by far the quickest way to communicate an idea is to say something like “At the end could you go ‘de-da-de'”.

Singing is also a wonderful tool for improvisation. Most of us could sing a melody that pops into our head without much effort and even those of us that aren’t skilled singers don’t have much problem repeating back a simple melody and yet with our instruments this is often a lot more tricky. It’s no coincidence that you might describe a fluid solo as “lyrical”.

The ultimate aim of the improvising musician is often said to be reaching the level where if you think it you can play it with nothing separating thought from action. Many jazz musicians achieve this by connecting their voice to their instrument. You only have to hear George Benson playing call and response between his guitar and voice to appreciate how wonderful this can be.

As a gigging musicians there is another huge reason to learn how to sing, illustrated by the great Jimmie Vaughn who said “There are a million guitar players out there. If you don’t sing, you better have a van, because that’s the only way you’re going to get a gig!”.

One thing that’s clear to me from years of playing in bands is that there are a lot more good guitarists out there than there are good guitar-playing gigs – and an awful lot of those gigs advertise for their new member with “BVox a plus”. So if you want to stand out from the crowd having an extra string to your bow really helps.

“There are a million guitar players out there. If you don’t sing, you better have a van, because that’s the only way you’re going to get a gig!”
— Jimmie Vaughn

Once you are in a band, having additional voices is one of the best ways of creating a big sound from a small group (which means more money per person if you rely on music for income) and anyone who’s experienced how unreliable vocalists can be must have fantasised about being able to cover a gig yourself after a vocalist pulls out a short notice.

Deciding to Learn to Sing

When I was a kid I used to sing quite a lot. I even got selected with a few others from my school choir to help record the guide vocal for an instructional program for BBC Schools. But as a teen my voice “broke” in a more literal sense than I would have liked! So I stopped singing and from then on I wasn’t even someone who sang in the shower, or car.

That all changed in 2008 when I joined a rock covers band, replacing the only member who could sing backing vocals. The job fell to me to pick up where he left off. I was very lucky that they were prepared to be patient with me while I croaked through a few numbers, but after a while my voice started to grow stronger and I even had a few compliments about my backing vocals.

I made no attempt to sing “properly” or even learn what that might mean. Despite my vocals improving, anything “technical” eluded me, harmonies were a mystery and after a couple of songs my voice would be in tatters. I still didn’t practice and it even became a bit of a running joke in the band that the only time I’d ever actually sung in my life was in front of a paying audience.

I made no attempt to sing “properly” or even learn what that might mean. Despite my vocals improving, anything “technical” eluded me, harmonies were a mystery and after a couple of songs my voice would be in tatters.

When I left that band and joined another they already had two experienced backing vocalists who could do three part harmonies and it became clear after a couple of abortive attempts that my vocal services were not required. As result I lapsed back into the realms of the “non-singer” with my confidence somewhat dented.

Fast forward to earlier this year: I was in a new band and again the only person with a hat in the ring for the job of backing vocalist. It wouldn’t be fair to say the two year layoff had put me back to square one, but I was only hanging onto square two by the tips of my fingers!

The big difference was that this time it would be in the more vocally-challenging context of a soul band… and not making the grade as a singer in my previous band had punctured the “how hard could it be?” attitude I’d brought to my last attempts at singing. The Danger of Learning to Sing

A couple of friends suggested I have a few singing lessons to bolster my confidence. This was something I’d thought about before, but for some reason I found the idea a bit uncomfortable. I’m still not completely sure why that should be, but the best explanation I’ve been able to come up with is that having a singing lesson tells the world you are taking it seriously.

Once you are having lessons if someone criticises your singing you can’t just fall back on “Oh what me? I’m not really a singer”. I don’t think it’s a coincidence that the description for many music gear demos on YouTube say something like: “This is me just messing around on the guitar-o-tron 3000 – it’s all just one take, and I was hungover, and my hands were cold”. As musicians I think we all have that fear of saying “Here you go, this is the best of me” in case someone tells us our best doesn’t pass muster.

I looked about for a teacher for a while and the first thing I noticed is that the bulk of teachers specialise in classical or show tunes. I wondered how much of that kind of “proper” singing would apply in the unorthodox world of rock and soul, so I decided I’d look for a teacher who specialised in contemporary and rock vocals.

Balancing a job, a family, and a band means I don’t have a huge amount of spare time to play with so I did consider having Skype singing lessons but in the end I found the best of both worlds in a teacher named Carl Chapman who is local but can also do Skype lessons if required and specialises in contemporary vocal styles.

Next time we’ll hear about Nick’s experiences with his first lesson and some of the tips and tricks he picked up!