Home » Ear Training » Pitch » Tone Deafness » Is there such a thing as a tone deaf musician?

Is there such a thing as a tone deaf musician? 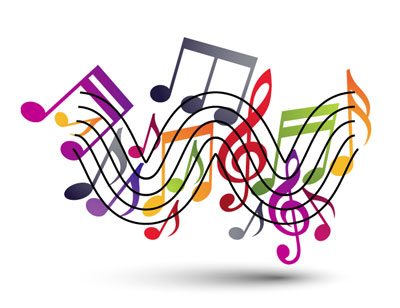 Have you ever encountered a musician who is a virtuoso on their instrument, seriously impresses you with their musicality, and then when an opportunity comes to sing something… they sheepishly tell you that they’re tone deaf?

To many people this would seem a complete mystery.

How could someone who’s so good at music claim to be tone deaf?

The answer is: there are two definitions of tone deaf and neither of them is very clear. Let’s look at what we actually mean by the phrase “tone deaf”.

The Scientific Definition of “Tone Deaf”

Technically, the term “tone deaf” should mean someone who is fundamentally unable to discern differences in pitch. What does that mean? It means if you played them two notes on a piano, for example, they wouldn’t know whether you played the same note twice or two completely different notes.

In fact, we’re already stumbling into a grey area. Because some would claim that piano notes are too “rich” a sound to really test tone deafness. Somebody might hear that a low note has a broader, thicker sound compared to a light airy high note, while still being oblivious to the actual pitch of either note.

Here’s an official definition of “tone deaf” from the Oxford English Dictionary:

So we’re talking about differences in pitch, i.e. relative pitch: the ability to judge pitch distances between notes.

Using this definition it is really difficult to imagine a capable musician being tone deaf. They wouldn’t be able to hear when they played a wrong note. They might notice their fingers had gone wrong, but they wouldn’t be able to hear the mistake. For all but the most elementary music student, that’s not the case. Good musicians know instantly when a note is wrong, whether it’s completely out of key, simply doesn’t fit the melody, or even just is slightly out of tune.

Without pitch perception, music becomes a very bland thing indeed. So somebody who is truly tone deaf is highly unlikely to enjoy listening to music.

So why would any musician think they were tone deaf? The Cultural Definition of “Tone Deaf”

This causes no end of confusion, because we’re taking a label that’s about the ear and hearing but using it to refer to vocal control and confidence.

Even experts writing on the subject of music sometimes perpetuate this confusion, such as Daniel Levitin writing in “This Is Your Brain On Music”:

Isabelle Peretz discovered a patient who has absolute pitch but is tone deaf!
He can name notes perfectly, but he cannot sing to save his life.

In my own experience, it’s almost always the case that if you dig into why somebody thinks they are tone deaf, it comes not from their ability to enjoy music or discern differences in pitch, but rather from times in the past when they’ve sung something and been told they are “out of tune”, “off key” or indeed simply “tone deaf”. This idea sticks in their mind, often preventing them from enjoying music or ever trying to learn an instrument.

The Source of Confusion The classic case of “tone deafness” is a child who auditions for the school choir. The choirmaster plays a note on the piano and asks the child to sing it back. If they can do it, wonderful! They’re in the choir. If they can’t, they get told they probably shouldn’t be in the choir. Maybe music’s not for them…

I’ll put aside for a moment the boiling rage that this scenario triggers inside me, thinking about the number of people who’ve been locked out of the world of music by an irresponsible choirmaster like this, and focus on the point: this does not test if somebody is tone deaf!

It tests the child’s ability to judge pitch and to control their own voice. Without some musical training it’s a very difficult task to hear a note and then sing it and then know whether you hit it or not and then adjust if necessary. This requires not just basic pitch perception, but active listening, subtle appreciation of tuning, and most of all: vocal control!

It is simply wrong to assume that if somebody can’t match pitch with their singing voice that they are tone deaf.

Fortunately there are some choirmasters who know how to encourage nervous students and bring out the best of their musical abilities, such as George Bevan and his “Choir Who Can’t Sing”. This topic of singing in tune is important in itself, and it’s something we’ll be covering more in future posts.

Here’s another way to look at the problem: we are mixing up the issue of “input” (i.e. hearing music) with “output” (i.e. producing music). If somebody struggles with the input side of things, they’re unlikely to succeed with the output – but one cannot assume that because they struggle with the output, their input handling is faulty. So a tone deaf person will indeed struggle to sing in tune – but there are many who can’t sing in tune but are far from being tone deaf.

It’s like suggesting that somebody has “no eye for art” because they can’t draw a good picture of a cat! Appreciating art (i.e. knowing whether a drawing of a cat is any good) is an entirely different ability than producing art (i.e. draw a cat well). To look at someone’s poor attempt at drawing and tell them they have no eye for art and there’s no point in them learning to draw would be misleading and irresponsible, just like the choirmaster who discourages a child from pursuing music because they can’t sing a note on demand.

How To Cure “Tone Deafness” There is a very small proportion of people who are truly tone deaf, in a biological sense. This can be caused by physical injury to the brain or occur naturally, and is taken to be part of a more general cognitive disorder called amusia.

However, for the vast majority of people they are applying a label which isn’t quite right, grouping together a combination of problems – each of which is entirely curable.

The key step to curing apparent tone deafness is to get clarification of the problem you actually face. Specifically, you need to separate out perceiving pitch from singing in tune.

Test your ability to recognise differences in pitch in a way which does NOT require you to sing! For example, our free interval training app, or interval exercises. Or take a tone deafness test.

→ Did you struggle? Try some ear training to practice and see if you improve… Even for those who aren’t tone deaf it can take a bit of practice to tune your ear in to what you should be listening for.

Then, once you have proven to yourself that your ears work perfectly fine, the whole world of music is open to you. It is never too late to take up an instrument or learn to sing. It takes only a small amount of practice to learn the vocal control you need to sing in tune once you have confidence in your ears.

It will take some practice to train your fingers or vocal cords to perform the way they should, but you can begin this practice confident in the knowledge that you are not tone deaf – your ears work perfectly and there is no limit to your musical potential.