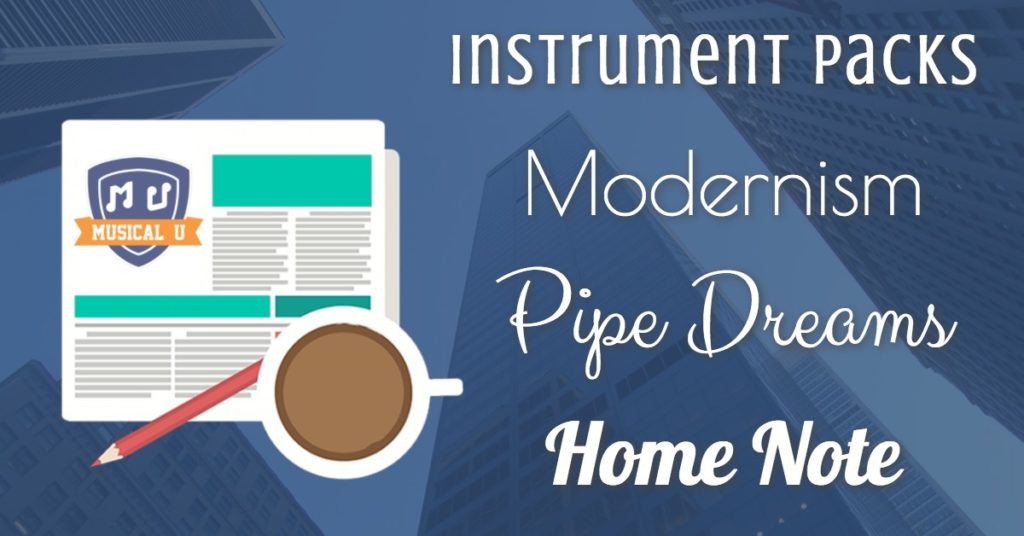 The quest: sometimes we seek to go as far away as possible, and sometimes all we want to do is find our way back home. And other times we are trying to put the two experiences together.

In the beginning of the 20th century, some composers – like Debussy – drifted away from the traditional home note of the scale, known as the tonic. And others – like Schoenberg – violently rejected it and tried to obliterate that foundational musical principle that had held Western classical music together for 1000 years. But when we’re learning to play by ear, finding the tonic is crucial as “North” on a compass to orienting ourselves in the musical landscape.

Uilleann piper/multi-instrumentalist Troy Donockley finds his muse in the traditional music of his beloved British Isles, but takes it far beyond into Finnish metal and folk/punk cover territory. And Musical U brings together training for the aural skills so important for true musicality with the nuts-and-bolts of how to apply them to your instrument:

From Ear to Instrument 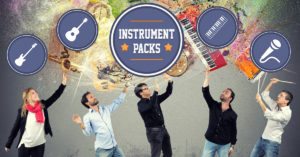 There are so many ways to learn instruments online these days. What Musical U offers goes beyond instruments to the ear training, theory, and other musical skills that transform any instrumentalist into a true musician. After two years on the Musical U learning platform, and with the help of constructive feedback from our enthusiastic members, we have realized the importance of making the connection more clearly from musicality skills to instrumental practice.

That’s why we are Introducing… Musical U Instrument Packs! These do not substitute for lessons, but they fill in the gaps that most instrument instruction leaves out. Our members have already been digging into these new resources, and soon we will be adding resident instrument pros to carry on the learning opportunities. 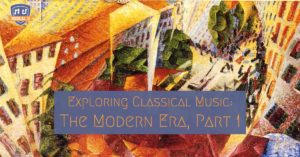 The turn of the 20th century brought the advent of Modernism in Western classical music. As the previous world order was breaking apart, composers sought to break free from the traditional bonds of tonality, creating music that still challenges audiences 100 years later.

Claude Debussy pushed the borders of rhythmic and harmonic exploration well beyond his contemporaries, leading to the atonality of other early 20th century composers. Learn about this revolutionary period in music history by Exploring Classical Music: The Modern Era, Part 1.

While atonal music began during the modern era of music, it has continued in many other genres. This cool video from Music Theory for Guitar shows that the principles of atonality can be applied even to metal music:

Now Walk That Bass explains atonality and how it is used in free jazz:

Debussy continues to inspire and move people over one hundred years since his death. This heartwarming story of one such player, Nana Asatiano, tells how one musician came to know and love Debussy’s work. 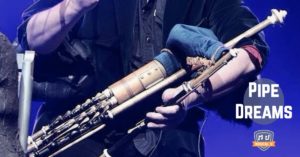 Troy Donockley grew up in a musical family, playing several instruments. But when he heard the haunting Irish Uilleann pipes, he was obsessed. Troy set out to master what is considered one of the most difficult instruments ever, and on to develop a true virtuoso style on the pipes. His expressive and emotional style on all his instruments – and as a composer – is unmistakable whether playing traditional, folk-punk, or metal. And so Troy has more than fulfilled his Pipe Dreams.

It’s never too early to be exposed to great new musical styles! Organized Chaos teaches young children about the beauty of Irish music.

Troy benefited greatly from collaborating with other musicians during his musical journey. Many of us dream of those kind of musical relationships, but don’t know where to start. Ditto Music has 10 tips for successful music collaboration that will set you on your way.

Musicians greatly benefit from becoming more versatile in their musicality, learning different instruments and styles that will help them get more gigs. This short article from Michael J Johnson will inspire you to follow in his footsteps and become more versatile in your own musical journey. 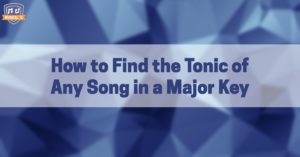 The tonic – the first note of the scale – is the central note in a song. When you find the tonic, you know the scale and how all the other notes relate, helping you to really hear the music, understand it, and play it by ear. But finding that musical “North on the compass” isn’t always so easy. Learn How to Find the Tonic of Any Song in a Major Key

Understanding the different parts of the scale helps greatly in finding the tonic. This helpful resource from MusicTheory.net is a quick guide to all the scale degrees for your ear training mastery!

What is it called when the tonic changes? Well, that is a modulation. For more information about modulations, check out this video from Secrets of Organ Playing and become more familiar with this cool musical “trick”.

So, what do you do when the piece is not in major or minor, but is modal? This is where it gets a bit trickier. Ledger Note has a full explanation on the different types of modes that you may encounter.

Whether you’re looking for the tonic, for an escape from tonal music, for a way to combine ear training and instrument playing, or to build musical relationships and collaborations – the more you are determined to enjoy your quest, the more you’ll gain from it. Once you’ve read through this week’s offerings on Musical U, you may even discover a new path on your musical journey.