An Introduction to Hip-Hop 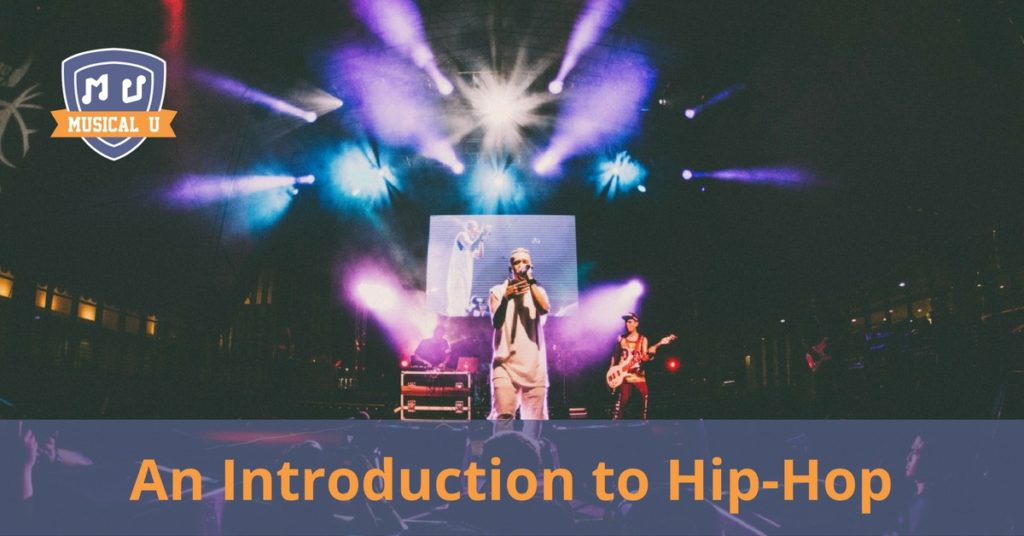 If we had to pick a music genre expressed through oral tradition and that best represents the Afro-American community and culture, it’s hip-hop. Nowadays, when people think about hip-hop, they often associate it with “rap music” without considering its poignant history and how it developed.

This limited view of hip-hop is the product of mainstream media. It results in inadequate teaching and understanding of hip-hop – a form of musical expression that has enhanced and empowered the lives of many people.

In this article, we’d like to take you back to its roots and cultural movement throughout the last 40 years.

Hip-hop music was first developed in the late 1970s by a Jamaican DJ known as Kool Herc, who was trying to introduce the Jamaican style of DJing over the dub versions of his reggae records.

However, reggae wasn’t New Yorkers’ cup of tea at that time. Thus, along with other hip-hop pioneers such as Afrika Bambaataa, Grandmaster Flash, and Grand Wizard Theodore, Kool Herc began organising block parties in the Bronx area.

This was the humble beginning of hip-hop. It was the fruit of overflowing creativity and a lack of available outlets for African American teens and young adults in some of the poorest districts of New York City to release their suppressed energy.

There are two core elements of hip-hop that are accepted universally: DJing (the cutting, mixing, and scratching of recorded materials) and MCing (rap). Today’s hip-hop music is a combination of both.

From the mid-1980s, a new wave of rappers came into popularity. LL Cool J introduced hip-hop singles with catchy melodic hooks. The Beastie Boys, a punk rock trio of white men, began shouting raps instead of singing, which spread the genre to a wider audience.

In the late 80s, groups like Public Enemy fueled a new style of hip-hop that was based on social consciousness, demanding political change and an end to racism and injustice. Likewise, female rappers such as Queen Latifah and Salt-n-Pepa entered the predominantly male world of hip-hop, offering a change from the misogynistic point of views of their male counterparts.

In the 90s, hip-hop artists from places other than New York City became prominent. Successful styles during this period were New York’s hardcore rap and Los Angeles’s gangsta rap and G-Funk. Amongst those, “Straight Outta Compton” by N.W.A. was a significant album that gave rise to gangsta rap, which consists of a lot of honest, explicit language about injustice and police violence.

Today, hip-hop has become one of the world’s most popular genres, with singles and albums topping the music charts. Hip-hop continues to attract and influence a majority of urban youth for the same reasons it did in the early days: it enables the artist to freely express their personality and their desire to be seen and heard. It’s also a way to reflect the political, social, and economic conditions of the time.

Are you a fan of hip-hop? Who are your favourite hip-hop artists?