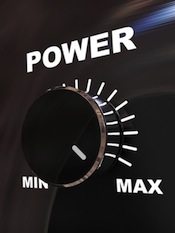 Missed the rest of the series? Click here to start at the beginning.

Up to this point in the series we’ve focused on characterising each sound with a single frequency representing its pitch. In today’s article we’ll consider the other frequencies present in musical sounds.

No; actually in the real world, most sounds are made up of more than one frequency. We’ll forgo the actual full-on physics formula for sound creation, as that is way past our scope here…BUT…what IS of importance is that most sounds have a blend, or ratio, of multiple frequencies that resonate to create the sound that you hear. Hence the term ‘compound’ frequencies.

Now, speaking of this resonance business; all of the frequencies contained in a sound except for the main (‘fundamental’ or ‘dominant’) frequency are called harmonics. Usually, they are found at precise multiples of the main frequency. The pattern is this:

There is much to be said concerning harmonics, but as always, we must establish a few key points. Here is what I want you to walk away with today:

Harmonics are ALWAYS present in ALL sounds. What differs is the amplitude (volume) of each harmonic in relation to the fundamental.

For the semantic legalists: Yes, there are sounds with more or less harmonics, and so forth….BUT….that ratio we spoke about makes the biggest difference in altering a sound’s characteristics!

So, we are back to the bold-faced statement above: Harmonics are ALWAYS pres… don’t worry, I won’t rewrite it!

What I DO want to illustrate however, is the power of altering that harmonic balance or ratio.

One of the most dramatic examples of harmonic “tampering” has to be the distorted electric guitar. Explaining the nuts and bolts mechanics of how our favorite “rock-n-roll” sound came about will put us WAY off track; BUT, a few noteworthy items are these: 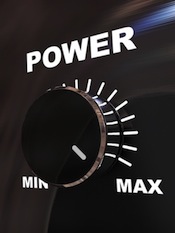 The amplifier is pushed to the point where the output literally starts to distort the input signal, since there is no available headroom to amplify it cleanly. In other words, the amp is purposely NOT allowed to amplify the unaltered fundamental of the guitar. (The methods used are too numerous to mention, but include everything from turning the volume of the amp up to maximum, all the way to the use of distortion devices used to produce the sound of a terribly overloaded guitar amp. You guitar players out there are undoubtedly “in the know.”)

As a result of this, the harmonics that are in the fundamental signal of a clean guitar get compressed, yielding an even amplitude of harmonics that would otherwise sit comfortably in the background in their roles as supporting cast. Now you have the 2nd, 3rd, and even 4th harmonics blaring just as loudly as the fundamental note! The result is a complex sound, which can be unruly and a little difficult to control.

Incidentally, this is why guitarists have a very difficult time playing extended chord voicings (7ths, 9ths, 11ths, 13ths) with a highly saturated sound; as now, not only are they dealing with a lot of notes with close intervals, they are also dealing with multiple and equally loud harmonics competing for your ears’ attention!

For instance, a minor 7th chord played with a clean sound, would yield the fundamental 4 notes of the chord. The harmonics would automatically be in natural balance. Add distortion which amplifies each note’s 3-4 (or more) harmonics, and now you have 16-20 voices resulting!

Guitar note: With proper adjustments and preparations, complex voicings can be played using distortion and compression, but the method and mechanics are once again beyond our scope here. By the way; one thing you should know….proper EQ of frequency plays the key role! See? Back to frequency!

Distortion produces natural compression. You as audio professionals should be aware of its main effect, which is simply to raise lower levels and reduce higher levels, thus reducing the overall dynamic range of the source signal. The noteworthy item here is the part about balancing out the overall signal, so that everything is at the same level.

Misc. note: The use of effects such as compression, distortion, modulation effects and so on can all be used to manipulate harmonic balance and frequency. Sometime in the future, we might get into an article series that deals with that topic alone. In the meantime, if you have any questions, ask in the forums and I’ll answer whatever you have trouble with.

Now back to our distorted guitar sound…

A mildly distorted or overdriven sound amplifies the 2nd harmonics more prominently.
The 3rd, 4th, etc. are subdued, as there is not enough compression generated by the mild distortion to bring those up drastically. The result is what is often referred to as a “bluesy” breakup by guitar players.

For our purpose and analysis, a better way to describe this particular blend would be this: 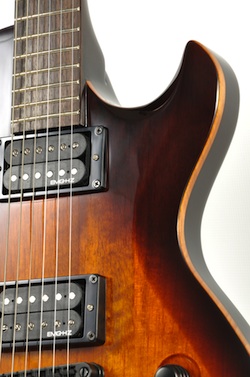 The fundamental frequency of the guitar is still clearly dominant with the addition of the 2nd harmonic which adds just enough fatness and thickness (‘body’) to make the tone more pliable in the guitarists hands, with more sustain, and a more authoritative stance in the mix…..BUT….not so much as to inhibit any chords from being played. Simply put, there aren’t enough harmonics being amplified to result in multiple frequencies which would in turn clutter things up.

Moving on, as you distort the guitar sound more and more, the compression level rises in proportion, resulting in the amplification of the 3rd, 4th, 5th etc, harmonics. At this point we have the result we discussed above. Chords become very difficult to execute, but, on a plus side, this is where most guitar players like to play solos. The inherent sustain in the sound from the compression and amplification of all of these harmonics creates the desirable “lead” sound.

What concerns you as an audio pro, is the makeup of the sound…the “why”…..which as you know by now, always leads us back to FREQUENCIES!

Hey now….see why we used those as our “control” subjects in the audio clips?

Now would be a great time to go back and re-read the last article, on spectrum analyzers and EQ feathering, and make sure you understand how the material there relates to harmonics and compound frequencies.

A final word on fundamental frequencies before we move onto exercises: Usually the fundamental will be the most prominent shown on your analyzer. But not always! (That’s a whole other can of worms we can get into later…)

Our sound “control” subject will be a guitar phrase this time. The EXACT lick is presented in 6 different sound settings.

Two things to point out:

Your assignment is 2-fold:

There is a 7th bonus lick. What key was it played in, and what is the scale used?

This week if you want the answer, you’ll have to come post your guess in the Forums!

With this, I bring the final part of Frequency Fundamentals to a close!

A final overall note: This series was constructed as a course to set you on the right path of frequency recognition, analysis and manipulation. As with anything, there are always exceptions and counter-exceptions to every “rule”. Don’t let that discourage you!

This is an ongoing process, one that cannot be canonized in a 5 article series – or a 5 thousand article series for that matter! There is simply too much information. So, if you permit me to steal from the book of 1001 tired clichés… “Remember that the journey of 1000 miles begins with one step.” (Or something like that…)

We won’t let Fotios escape for long… He’ll be back soon with a new series to build on the lessons of Frequency Fundamentals.

If you’ve enjoyed this course, or have any requests for future topics, please let us know in the comments below or in our forums!

Test yourself with the course final: